Here’s an article from the Associated Press: 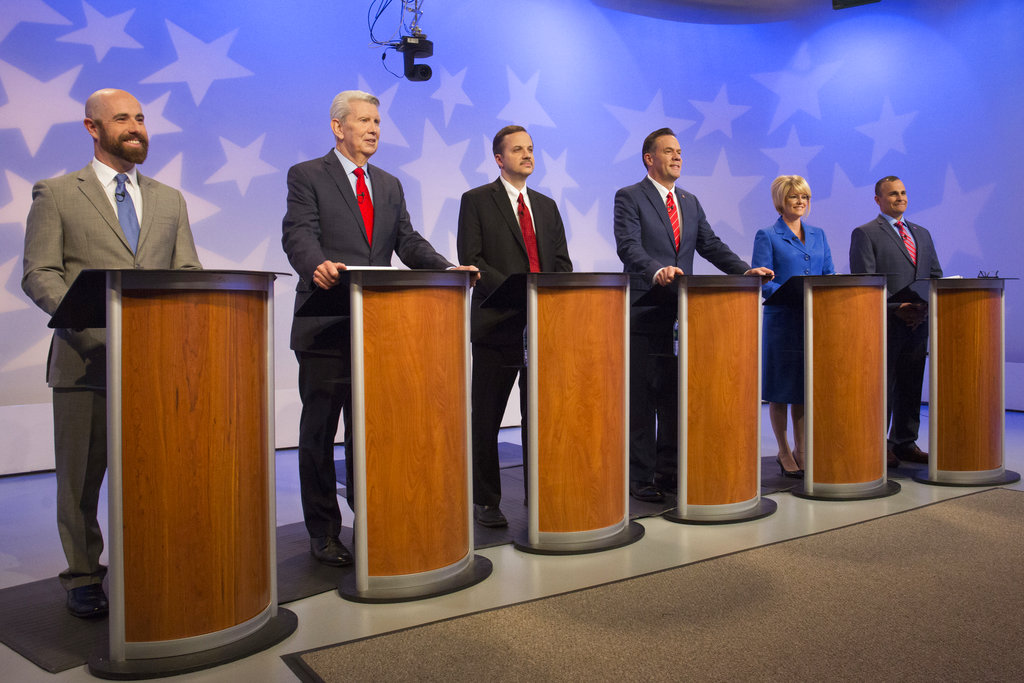 "I was raised in a household where you respect women and some of things that he's said about women have really gotten under my skin, but again, I agree with him where he's taking this country," Malek, 36, said.

Snyder, 48, of Bonners Ferry, has attempted to cast himself as the most pro-Trump candidate but said Sunday that he was busy traveling in March of 2016 didn't have a chance to vote for Trump in the primary.

Perry, 49, who described herself as "the girl with all the guns" multiple times, said Idaho voters should choose her because she would bring the perspective as a small business owner of a gun shop.

"We know the average congressman is a 58-year old white male, right?" Perry said. "And what have they given us? Twenty-one trillion dollars in debt. A bankrupt Social Security system and no solutions for a health care system."

Leroy, 70, said Congress needs experience more than anything else.

Leroy, Malek and Fulcher briefly sparred over a Senate panel's recent move to safeguard special counsel Robert Mueller from any attempt to fire him. Fulcher said he hadn't paid attention to the issue because he viewed it as a distraction.

The Mueller legislation approved by the Senate panel was largely seen as symbolic, because Majority Leader Mitch McConnell said he won't bring it up for a full Senate vote.

"My point once again is that if the branches of government were focused on what they're supposed to be focused on, we wouldn't be running down these rabbit trails," Fulcher said.

Gallegos, 59, said as a retired Army veteran he had the discipline to stand up to Congress.

"We need to change who we elect, we need to elect leaders who have courage and we need leaders with real world experience," he said.

All six said they support better security along the country's southern border and agreed that Congress should reform current immigration policy. They differed, however, on a Constitutional amendment requiring the federal government to follow a balanced budget.

Snyder, Fulcher, Leroy and Perry all supported of the idea, while Malek said he wouldn't actively seek an amendment, but said Congress should pass a responsible budget. Gallegos said addressing the national debt was just as important as national security, but did not take a position on an amendment proposal.

Gallegos and Perry oppose repealing the Affordable Care Act without a replacement plan, while Snyder, Fulcher, Leroy said they favor a repeal of President Barack Obama's signature health care law even with no replacement plan. Malek said he supported the GOP repeal bill that the House Freedom Caucus opposed.

The district covers the northern half of the state and snakes down to the western part of the Treasure Valley, including parts of Boise.

The GOP primary election is on May 15.

Posted April 29, 2018, 10:21 p.m.
By Betsy Z. Russell
betsyr@spokesman.com
(208) 336-2854
Betsy Z. Russell joined The Spokesman-Review in 1991. She currently is a reporter in the Boise Bureau covering Idaho state government and politics, and other news from Idaho's state capital.