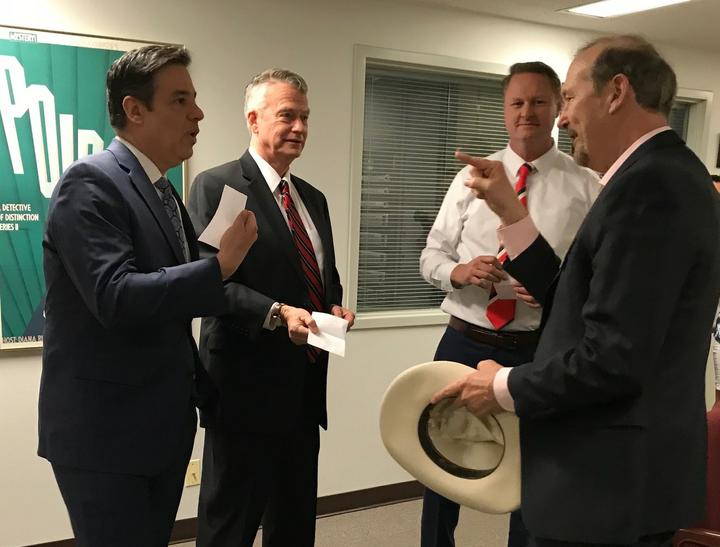 The stakes are huge – an open seat for governor of Idaho for the first time in 12 years. The competition is hot in both parties, with seven Republicans and three Democrats on the ballot, including big names who are duking it out for their party’s nominations. And the five front-runners – three Republicans and two Democrats – offer very different choices for Idahoans who will cast ballots on May 15. You can read my full story here on the governor's race from Sunday's Spokesman-Review, including a look at who all 10 of the candidates on the ballot are, and the clashes on both issues and personalities between the front-runners in both parties.

Posted April 29, 2018, 9:09 a.m.
By Betsy Z. Russell
betsyr@spokesman.com
(208) 336-2854
Betsy Z. Russell joined The Spokesman-Review in 1991. She currently is a reporter in the Boise Bureau covering Idaho state government and politics, and other news from Idaho's state capital.