Protesters marched to the Idaho state Capitol today bearing 183 child-sized, symbolic coffins, which they stacked on the Statehouse steps as they called for Idaho lawmakers to repeal the state’s faith-healing exemption, under which parents are immune from criminal or civil liability if they deny their children medical care and the kids die. They said at least 183 Idaho infants, children and teens have died since the exemption laws were enacted by the Idaho Legislature in the 1970s. 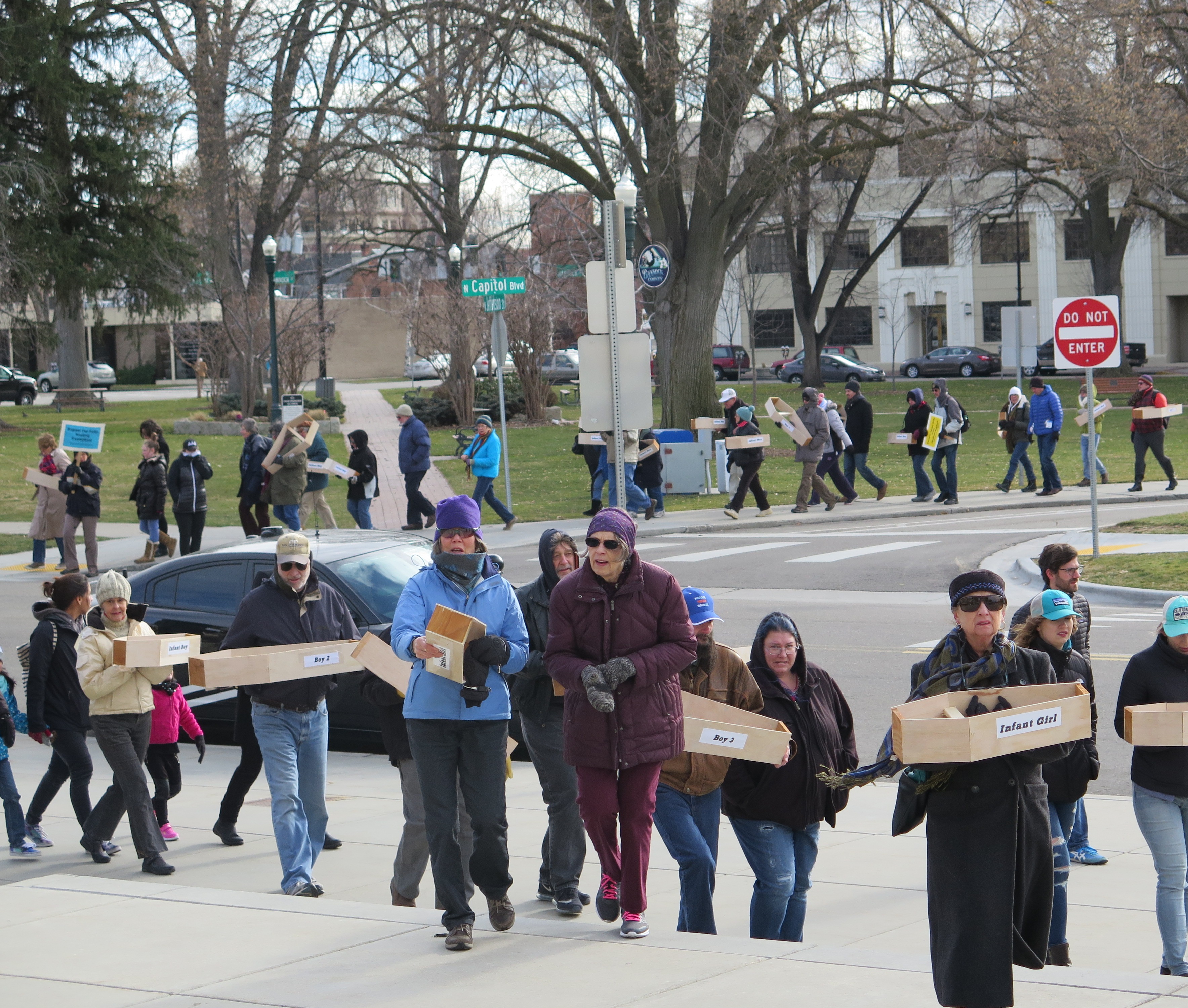 “These coffins may be symbolic, but the children whose lives were cut short are not,” said Bruce Wingate, founder of Protect Idaho Kids. “This is not a religious issue. This is a child protection issue.”

Lawmakers have considered re-examining the faith-healing exemption for several years now, but haven’t agreed to change anything in Idaho’s laws. A faith-healing sect based on Canyon County has strongly objected to repealing the exemption; members of the Followers of Christ told lawmakers at hearings last fall and spring that they believe using medicine is a sin, akin to “sorcery” and “witchcraft.”

Canyon County Sheriff Kieran Donahue told a Senate committee last March that in his county, he’d had three children die in the previous four months under the faith-healing exemption. “My hands are tied as a law enforcement officer,” he said. “It’s an embarrassment to our state.” 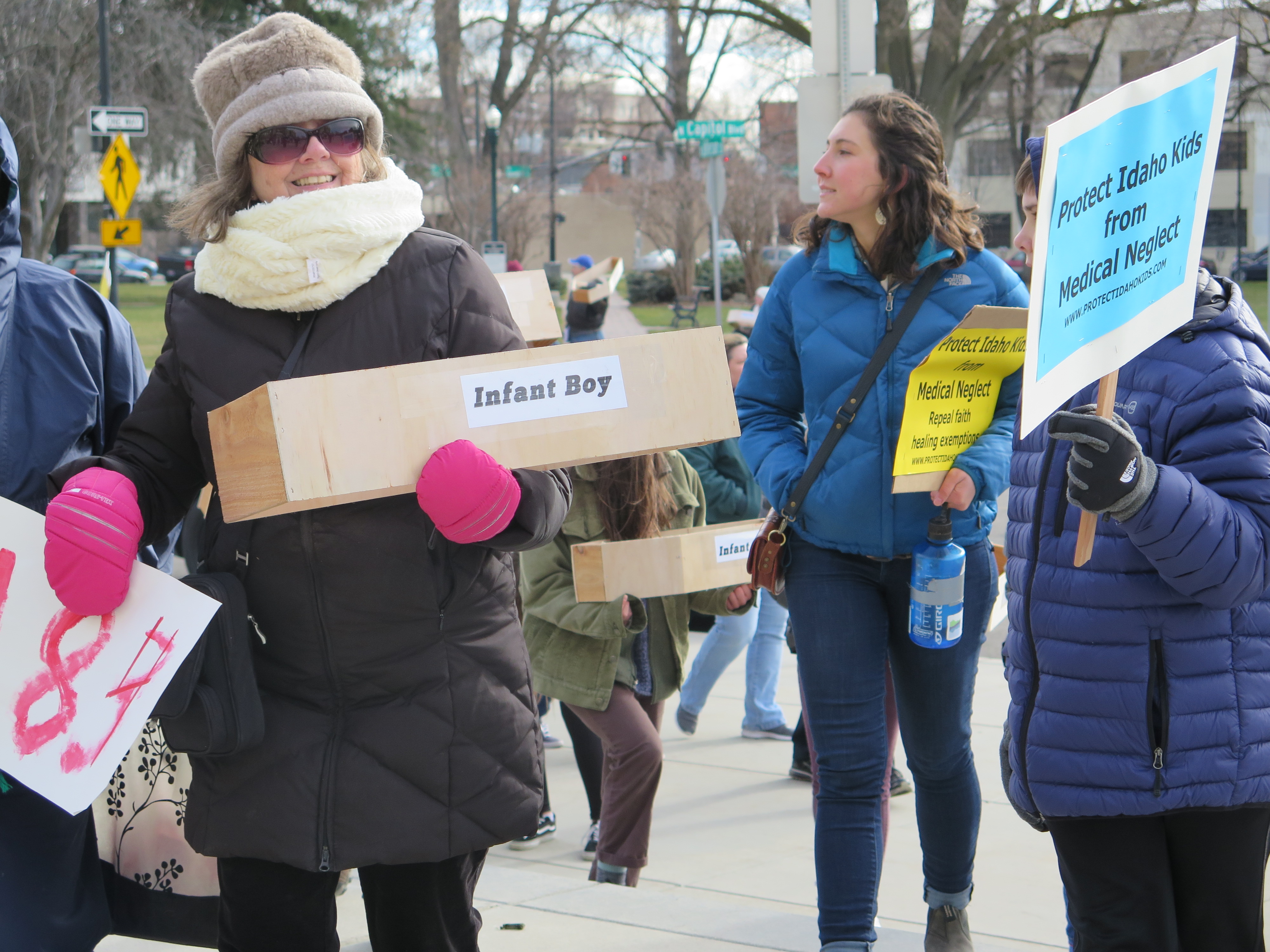 During today’s protest, about 100 people marched from Julia Davis Park to the Capitol with protest signs and small replica coffins; a U-Haul truck pulled up in front of the Capitol and unloaded dozens more. The marchers braved wind chills in the teens.

Wingate said, “One child’s death is too many – 183 is disgraceful.”

He said several groups that have been involved in the issue decided not to participate in today’s march because of the use of the symbolic coffins, but organizers persisted. “We march to send a clear message to legislators that there are too many deaths,” he said. “One coffin says that message. One hundred and eighty-three screams that message.”

Posted Feb. 19, 2018, 3:46 p.m.
By Betsy Z. Russell
betsyr@spokesman.com
(208) 336-2854
Betsy Z. Russell joined The Spokesman-Review in 1991. She currently is a reporter in the Boise Bureau covering Idaho state government and politics, and other news from Idaho's state capital.