The Idaho House voted 48-20 today in favor of HB 561, legislation from Rep. Jason Monks, R-Nampa, to require that in any future year when state revenue rises by more than 6 percent, personal and corporate income tax rates automatically be cut by one-tenth of 1 percent. The bill would let future lawmakers override that by passing a resolution.

Monks said the one-tenth cut would reduce state general fund revenue by about $36 million, in present-day figures. “What we do is we’re saying when we get a lot of excess money, we’re going to ... give that back to the people,” he said. 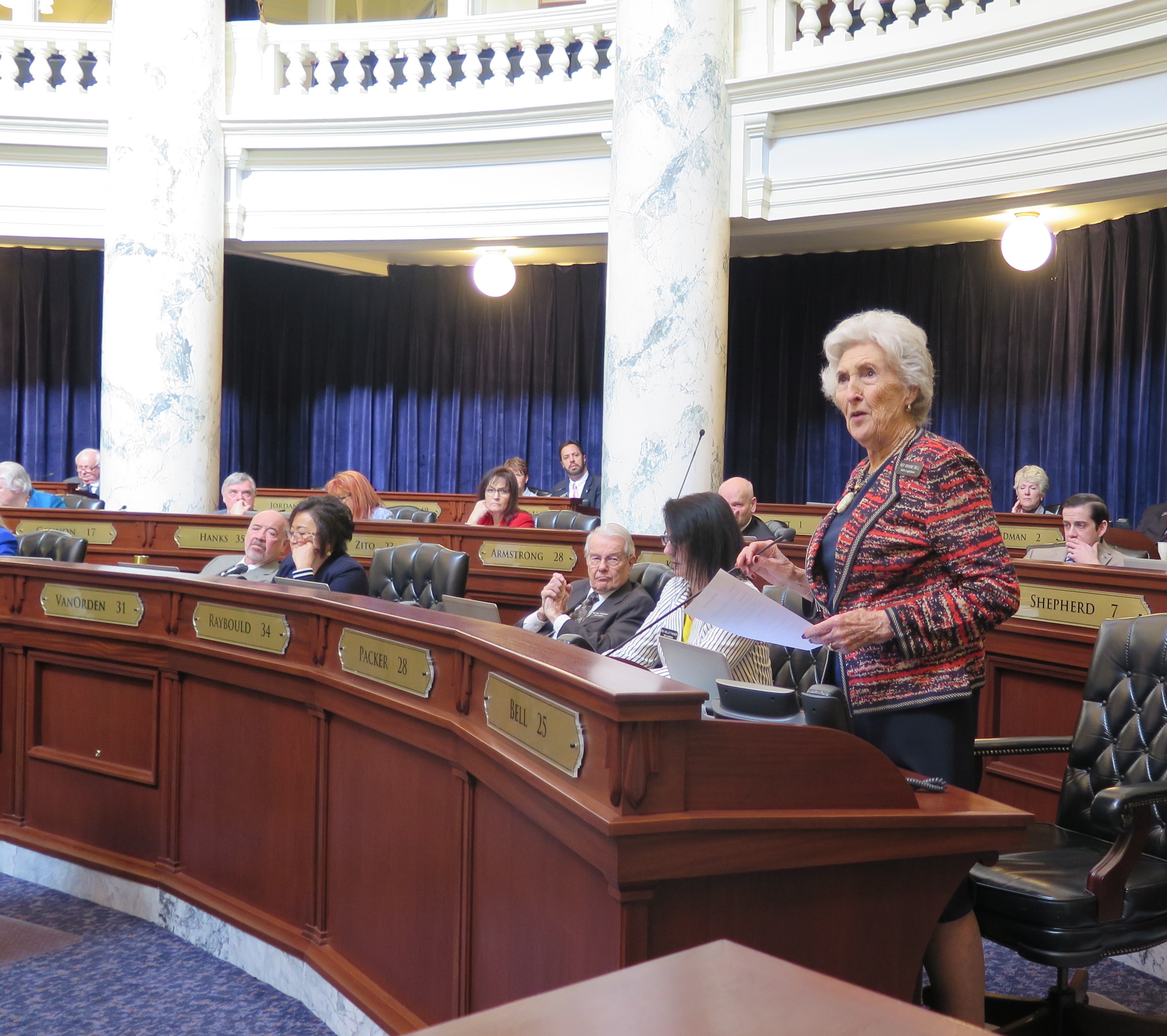 Among those speaking against the bill was JFAC Co-Chair Rep. Maxine Bell, R-Jerome, who asked the House, “Why have a legislature? You have the power. You have the responsibility, and you have the authority to come and set in place a budget for core responsibilities.” She noted, “The growth that has come is not just money. It’s ... spiking at the prison level, it’s spiking in Medicaid. … We’ve had, I think, 60 more children in our little school district in Jerome this year. We’re going to continue to have that growth. You have this authorty and this power now: Keep it. You have a good Rev & Tax committee. And you have a pretty good budget committee. Let the system work. You don’t really need this. … Don’t do it on auto-pilot.”

Rep. Mat Erpelding, D-Boise, said the bill would tie future lawmakers to income tax cuts when they might prefer another type of tax relief – such as eliminating the sales tax on groceries.

Rep. Ryan Kerby, R-New Plymouth, told the House, “This bill is extremely well thought-out, I love the approach , and under certain circumstances I would love to have been a co-sponsor. Those circumstances are if we had passed the grocery tax. That has not been done.”

Rep. Lynn Luker, R-Boise, said in his view, on the grocery tax repeal, “the money is sitting there in the credit for the most part, it’s there. … This is a different bill. It provides ... for income tax (cuts) in the future when we have a great year, so I think I’m going to support it.”

The vote moves the bill to the Senate side. Here’s how the vote broke down:

Posted Feb. 20, 2018, 4:07 p.m.
By Betsy Z. Russell
betsyr@spokesman.com
(208) 336-2854
Betsy Z. Russell joined The Spokesman-Review in 1991. She currently is a reporter in the Boise Bureau covering Idaho state government and politics, and other news from Idaho's state capital.