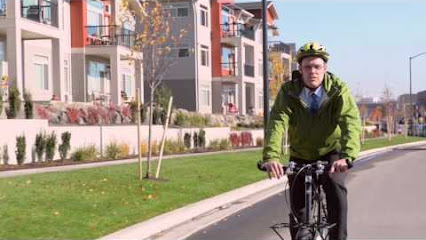 ​
Smart Growth for America posted an interview with our very own Councilman Jon Snyder regarding complete streets in Spokane. It goes into how he got a Complete Streets ordinance passed, Photo Red funding, and engaging with your local government. It's a good read and quite an honor. Here's an excerpt:

To Snyder, Complete Streets fits into a larger vision to preserve the best parts of Spokane without draining the city’s resources. “Spokane is a really awesome mid-sized city,” he explains. “It has the benefits of a small city—such as lack of congestion—and a big city, such as terrific arts and culture and high-quality education opportunities. Spokane also boasts incredible access to the outdoors, often in downtown-accessible locations. Here anyone can get an idea off the ground and we can recognize the heartfelt efforts of one person.”

“If Spokane wasn’t thoughtful about its growth, though, over the long-term the city could become strapped with delivering services.”

Regardless of the policy or project, Snyder encourages other local leaders “to push the conversation into the public sphere. People don’t always pay attention until an issue comes to a vote; as a local elected leader, it’s important to bring things to a vote, put it out in the open and allow people to question it.”