Central City Line. To move or not to move Downtown Plaza. Now's the time to engage with the Spokane Transit Authority (STA). They are moving towards the final stage of gathering public input on a draft plan called STA Moving Forward which consists of about two dozen transit projects to be implemented over a 10-year period. 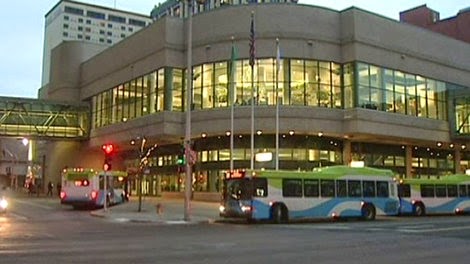 “The goal of this plan is twofold: to sustain existing service levels and prepare for the public transportation needs identified by our community when additional revenue is available,” said E. Susan Meyer, STA CEO.

As part of ongoing efforts, you can provide feedback tonight at 6:30 p.m., when STA hosts a Telephone Town Hall meeting. Participants in the telephone-based event will have the opportunity to speak with an STA board member and agency officials to ask questions and provide feedback on the plan. Nearly 55,000 residents from communities within STA service will be invited to participate via the automated phone dialing system or you can join in by calling toll-free 877-353-4701 during the live event.

The population of the Spokane region is projected to grow by 165,000 people, and 68,000 new jobs are expected by 2040. In order to accommodate this growth, STA Moving Forward is designed to increase transit ridership by 30% – to nearly 15 million rides a year – with the goal of providing greater access to jobs, schools and medical appointments, reduce traffic congestion, improve regional air quality, and correspond with changing transportation trends among all age groups.

Final phase input on STA Moving Forward will be taken through November.