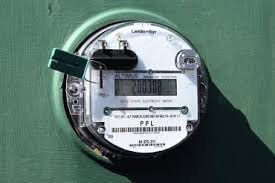 Landis+Gyr is a Swiss company that does what Itron does, except in Europe: it develops and sells advanced utility meters.

It's another company that is busy figuring out how to develop "grid" devices that can make the distribution and consumption of energy smarter and more efficient.

L+G is already a very large competitor in Europe to Itron, Spokane's own major producer of smart metering devices and other utility products and services.

A Wall Street Journal commentator noted that Toshiba has spent $2.3 billion to acquire the Swiss meter (maid?) company.  The story noted global power use will grow 60 percent by 2030. The utility industry has to make major investments to keep up with that demand, and that's why you hear so much about smart grid.

Only 10 percent of European Union households have smart electricity meters. Clearly, Toshiba sees great potential by acquiring L+G, and this poses a direct threat to Itron's role in taking a share of the future market.

The WSJ story also notes Toshiba paid a premium for the company, by spending 11 times historic earnings for L+G. The other main Euro electricity meter competitor is Germany's Elster Group.

The commentary noted Toshiba, with yearly revenue of $77 billion, sees this purchase as its way to catch up Elster and Itron.

Russ Vanos, who is Itron's vp for marketing, said Itron's reaction is a positive take-away.

"The bottom line is Toshiba is a large, deep-pocketed strategic investor who paid top dollar for L+G which should give some indication of the level of strategic interest in this space," Vanos said.