With the Olympics going on, it's been a bit harder to stay in touch with the Mariners. But last night, thanks to a rare meltdown by the bullpen, we were all given multiple chances to check in with the M's. Fourteen chances actually. Read on.

• I'm all for holding Major League umpires' feet to the fire when they blow a call and it sure seems like Brian Knight made like Ted Knight an blew this one. But it seems as if manager Eric Wedge (shown arguing with Knight) was projecting a bit, both during his argument with Knight – he was ejected – and afterward with the media. After all, Wedge made two decisions in the seventh inning that played a bigger role in the defeat than Knight's blown call and no one was yelling at him. It started when Wedge, leading 7-3, allowed Blake Beavan to start the inning after the right-hander had thrown nearly 100 pitches in Baltimore's heat and humidity. Boom, a Mark Reynolds' double and Lucas Luetge is in. And it's obvious the left-hander doesn't have his best stuff. Two hits later, right-hand hitting J.J. Hardy is up, Stephen Pryor is available in the pen and Wedge keeps Luetge in. Boom, one swing, tie ball game. And it's on to the 14th before anyone scores again. So moan and groan all you want about Knight's bad call to start the 14th but don't forget the seventh inning either. That's where the game was really lost.

• One quick Olympics note. This Scott Ostler column is worth reading – if you like to laugh. Ostler wants to know how to figure out the medal count, something the IOC wants nothing to do with. More medals or more golds, who wins? 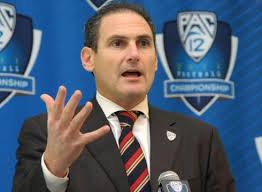 • Washington State: Another hot day in the Palouse (at least I was told it was hot; my house is air-conditioned) but that didn't stop Christian Caple from his usual rounds (maybe we should start calling him the Mailman). Christian posted a post-practice blog post, put together this story on JC linebacker Justin Sagote and has his usual morning post. There, you're covered. ... Larry Scott's Pac-12 Conference is the astronaut of the college conferences. Dennis Dodd explains. ... Jon Wilner has more on the Pac-12 Network, which launches next week.

• Eastern Washington: A lot here, starting with a poll from Jim Allen on the biggest question that needs to be answered starting today, when football camp opens. ... Jim also has a post this morning with more Big Sky Conference news. ... Missed this yesterday, but wanted to pass along another Weber State story. ... Montana star quarterback Jordan Johnson entered a not-guilty plea to his rape charge. ... The guys vying to replace Johnson had a so-so first day of camp.

• Idaho: The Vandals scrimmaged yesterday and Josh Wright summarizes what happened in this blog post.

• Preps: The best area senior-to-be basketball player has made his college choice. Colfax's Brandon Gfeller has committed to Montana.

• Indians: The road is not being kind to the Indians. They lost another, 5-2, at Salem-Keiser.

• Mariners: OK, I'll leave Wedge alone and concentrate on the blown call – Knight ruled Mike Carp's foot was off the bag when he caught Justin Ackley's throw (it wasn't) and wouldn't ask for help (the home plate umpire always has a better view of it) – just like the game stories did in the 8-7, 14-inning loss to the Orioles. ... The young offensive players seem to have droughts that can stretch a long time.

• Seahawks: Though the Terrell Owens' signing gathers a majority of the headlines and conversation, the news yesterday quarterback Matt Flynn would start the first preseason game is probably more important. 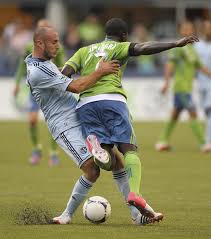 • Sounders: Seattle attempts to achieve something tonight no one has ever done: win four consecutive U.S. Open Cups. Let's hope the game doesn't come down to a secret coin toss or something (as the bid to host it did). Then the Sounders will lose. It's obvious no one from U.S. Soccer wants the name of the sainted New York Greek-Americans from 1967-69 (the last team to win three consecutive Cups before the Sounders) excised from the record books.

• See, I told you. I promised yesterday today's post would be a bit earlier and I delivered. It's the type of dependability you can only get here at SportsLink. Now the content, that's another matter. Until later ...