Some days there is little to write about. Other days a whole bunch. And today? Today there are a couple of subjects we want to touch upon. Read on.

• The much-awaited internal review of the abuse charges leveled at Washington State football coach Mike Leach was released yesterday and, as Leach has been hinting for a while, there was little of consequence ferreted out. Now this is not to be confused with the Pac-12's review, which has yet to be released but must be close, or WSU athletic director Bill Moos would not have released his yesterday. But it is the school's final word on the charges leveled by former wide receiver Marquess Wilson after he left the team. The most interesting news contained in the report – in case you're so inclined, you can read the entire document in this blog post from Christian Caple – might just be that Wilson sent Moos an email the night of the UCLA game basically saying his choice of words – abuse – was imprecise and he felt badly about that (and echoed by Wilson in conversations with some of his ex-teammates at the time). The email was part of a series of correspondence obtained by The Spokesman-Review in an FOIA request.

• The other news yesterday revolved round Gonzaga and a possible super conference of basketball schools. We delved into that a bit yesterday morning, but Jim Meehan did some actual reporting Wednesday and has more on the subject. But that piece of news, and this blog post from Bud Withers on an unrelated subject, got me thinking about the state of basketball out West. It's obvious there are three teams that are better than everyone else – Arizona (coached by Sean Miller, who is pictured), Gonzaga and San Diego State – and they reside in three different conferences. That made me wonder. Is the Pac-12, which used to have a three or four of the top five Western schools, still better, top-to-bottom, than the WCC or the Mountain West or the Big West or the WAC? So I sat down this morning and checked out the Pac-12's record against those four conferences. Against the WCC and MWC, the Pac-12 is at .500, 6-6 against the MWC, 3-3 against the WCC. Against the Big West and WAC, the Pac-12 is 11-2, for an overall total of 20-11. There are still a few games left between the conferences, but for now, the domination of the past doesn't exist.

• Washington State: Most of what Christian wrote about yesterday concerned the Wilson investigation, including blog posts (yes, he had more than one) and this story. He also has more in this morning's blog post. ... A couple of other entities covered the report as well. ...  Christian, who will hold a live chat this evening, had another chat yesterday. ... Jackson State comes to Pullman tonight. ...  Klay Thompson had a heck of game last evening as the Warriors defeated the Heat in Miami.

• Gonzaga: Jim's story in today's paper adds depth to his blog post from yesterday. The whole idea might seem ludicrous now, but so did much of the conference realignment of the past few years in its early stages. ... Jim also has a feature on the interesting career of Mike Hart (pictured). ... The nation's top high school basketball recruit will announce his college choice Dec. 20 and the WCC's BYU is among his top five. ... USD's seniors get one more shot at San Diego State.

• EWU: One thing about Sam Houston State: The Bearkats' defense really brings it. That's fine with Eastern according to Jim Allen's story this morning. ... The Eagles have one goal and it will require winning Saturday – and then one more game. They want to take home another national title. Jim has that as well as part of this notebook. ... Portland State gave Oregon State a battle but fell at home to the Beavers.

• Idaho: I missed this story yesterday but shouldn't have. Former Central Valley High player Will Davis is Utah State's best defender and an NFL prospect. ... San Jose State's basketball team has some firepower.

• Preps: Besides the link directly above, there was wrestling last night and Mike Vlahovich was there. ... It's Thursday, so that means the Prep Page, which was a Greg Lee writing extravaganza this week. Greg has this feature on a Coeur d'Alene senior, a preview of the GSL's gymnastics season and some news about this weekend's Tri-State wrestling tournament. 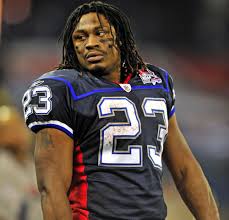 • Seahawks: Marshawn Lynch doesn't want to talk (or even look back) about his Buffalo days even though that's who the Hawks play this Sunday. ... This guy has helped Lynch put Buffalo – and a whole bunch of defenders – behind him. ... Sidney Rice may not play this week.

• Mariners: A couple more players who could help the M's win are off the table.

• Sounders: The organization's annual meeting with season-ticket holders is tonight.

• That's it for this morning. No radio today, so no listen link. But we'll be back here tomorrow, God willing and the river don't rise. Until then ...