Looking at the Weather Channel forecast for the rest of the week made me gulp. Were there actually 100-degree temperatures in there? Yep. That's pretty darn warm even if you're just sitting in the house watching baseball on the TV. Just think how hot it will be for kids out playing baseball and softball in it. Or the local college football players doing their summer workouts. When the thermometer hits 100 around here, you have to admire any athlete who is willing to step out into the heat and play or work on their game. Read on.

• Though the weather may be hot, I wouldn't call the depth of sports news smokin' right now. Sure, Wimbledon is winding down, with Serena Williams having reached the women's final. And the women are playing their national golf championship in Wisconsin this weekend. But with the Olympics looming on the horizon and the MLB All-Star game just days away, this week seems to be the calm before the storm, the time to take a deep breath, the cliché prior to the platitude. Or maybe it just seems that way this morning because the Mariners had the day off yesterday. 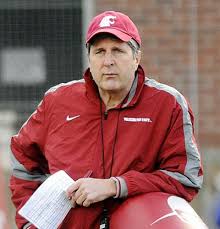 • Washington State: Talk about the dog days. Yesterday's post didn't include any Cougar or Pac-12 links, quite possibly the first day of that since I've been doing this feature for the S-R. But there are enough to cover today, that's for sure. ... SportsPress Northwest's Adam Lewis checks in on the Martin Stadium remodel. ... The Sports Network has this piece on Mike Leach. ... WSU's Hank Frame is leading the Lilac City invitational golf tournament. ... Athlon Sports ranks the Pac-12's wide receiver corps, putting WSU in the third spot. That seems to be one spot too low. ... Arizona has won four national baseball titles, enough to put together an all-star team. ... One of Arizona State's biggest weaknesses in the Dennis Erickson era was the offensive line, a point of emphasis this offseason. ... Former UW star Brandon Roy is ending his retirement and returning to the NBA with Minnesota.

• Gonzaga: Recently graduated forward Katelon Redmon has resigned with the New York Liberty. The WNBA team cut her at the end of training camp.

• Indians: Getting one hit in a game isn't going to get it done for most any team. And it didn't for Spokane last night as it lost 5-0 to Yakima at Avista Stadium. Jess Brown has the coverage.

• Shock: Utah may just be the most improved team in the Arena Football League.

• Mariners: Though there was no game Thursday, that doesn't mean there wasn't any action. The M's sent Hector Noesi (right) to Tacoma and recalled outfielder Carlos Peguero, who has been on a torrid streak with the bat recently. ... Two guys haven't been fitting in with the Mariners' offense, mainly because they are pretty darn productive. John Jaso has been doing it all season, making adjustments as needed, and Casper Wells has been doing it since a minor-league stint. ... Don't gag when you see the picture with this Geoff Baker blog post in the Seattle Times.

• Sounders: Maybe part of Seattle's recent problems is the team is playing some young players. Or maybe those young players are part of the solution.

• NBA: One side says toe-mato, the other says ta-mato in the debate over government support of a proposed new Seattle arena.

• Didn't reach any of my goals on the golf course yesterday, including the hit-less-than-five-trees one. Actually, I'm pretty sure I hit one tree five times and I know I hit five trees on one hole. Still had a great time though. But with 100 degrees in the forecast, I may have to confine myself to Wii golf for the next few days. Until later ...