You know how I've written recently about the lack of items to talk about? You might even have labeled it whining in your head and moved on. Well, I take it all back. And I promise I won't be whining anymore. Read on.

• At least not today. I may be back to the whine mode tomorrow or the next day, but this morning there is more than enough to cover. Of course, it comes on a day I want to get out of the house quickly because there is a lot on my plate, but that sounds too close to whining so we'll steer clear. What we will really delve into is baseball (the All-Star game result and a story about a major discovery) and college sports (with football camps starting in less than a month and the summer basketball recruiting season upon us, there is plenty to cover).

• The nice part of the All-Star game last was the quick start by the National League. I listened to it on the radio while driving home after dinner and then didn't have to watch, as the outcome seemed to be determined. Then I laughed when I read tweets from Giants fans about how their heroes had ensured home-field advantage in the World Series for their beloved team. Seriously? They let guys in San Quentin tweet? (That's a little joke from a Dodger fan. I really don't believe all Giant fans are in prison, but I can say with a certainty the only Giant fan in my class at St. Rita's School in Southern California did end up doing time.) To demonstrate our ability to be fair, we ran down All-Star game links from the Bay Area, as the Giants' players did play a huge part in the National League's 8-0 win. We also went to Kansas City for some more coverage, as we like to give the host city it's due.

• ESPN announced its Tip-Off Marathon coverage plans this morning and the first day of college basketball (Nov. 13) in the upcoming season features some pretty darn good games. The day will open, as it did last season, at Gonzaga, where the Bulldogs will host West Virginia, the same team they played in the NCAA first round last year. And it will close with a doubleheader from Atlanta, with Michigan State playing Kansas and Duke and Kentucky facing off. In between there are eight other games. Now that's a great way to start the hoops season.

• Yesterday on the radio we talked about this story from Defiance, Ohio, where a normal Joe like you or me was cleaning out a deceased relative's attic. He came upon a box buried under a dollhouse. In the box were baseball cards, mint condition baseball cards tied up with twine. Long story short, the cards could be worth millions. And it reminded me again my mother threw out all my baseball cards while I was in college. The pack rat nature of Karl Kissner's family may have been its saving grace.

• Washington State: There is other basketball news, as Abe Lodwick won a national academic award yesterday. ... Josh Smith of UCLA seems to be doing a better job of keeping his weight under control. ... Around the conference, Bud Withers offers a sneak peak at some of the programming for the Pac-12 Network and Bob Condotta looks at the coaching ratings coming out this summer. ... Utah and BYU have played almost every year in football since Knute Rockne was at Notre Dame, but the series is going to be interrupted in 2014 and 2015. Some folks are ticked off and others are fine with it. ... Arizona has added Hawaii to its football schedule. ... Cal's renovated Memorial Stadium will be "game ready" for the opener.

• Eastern Washington: The Eagles will be playing the University of Toledo in football next season.

• Idaho: Center Mike Marboe is on another watch list, this time for the Rimington Trophy, given to the nation's top center.

• Shock: The Arizona Rattlers are looking to wrap up the National Conference top spot. 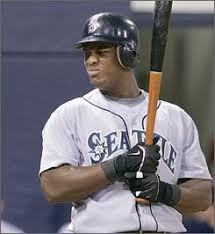 • Mariners: We linked the All-Star coverage above, but we do have more about Seattle's representative, Felix Hernandez, who didn't pitch for the second consecutive year. ... Larry Stone ran down a couple of All-Stars to talk about Seattle players (Matt Wieters talking about his friend Justin Smoak) and Safeco Field (Adrian Beltre, right). It comes as no surprise to anyone probably Beltre thinks it would be a good idea to move the fences in. ... The oddsmakers believe only the Rangers or the Angels can win the A.L. West. We agree with them.

• Sounders: Back to the grind of the U.S. Open Cup, with the Sounders hosting Chivas USA in the semifinals. The game marks the sixth consecutive year Seattle has reached the semis, a record, and gives it a chance to reach the final for the fourth consecutive time, which would also be a record. ... The Times' Joshua Mayers has his MLS rankings.

• NBA: More talk about a possible arena in Seattle.

• No more radio this week – I will be headed to Bellevue for the weekend for a basketball tournament – but we'll be back here tomorrow. Until then ...