June was my favorite month as a kid. One main reason: School ended for the summer. For any red-blooded American male growing up in Southern California, the scent of freedom from the classroom was enough to send this punk into a paroxysm of joy. Or, because it was the Los Angeles basin in the 1960s, it may have just been a physical reaction to the smog. Read on.

• The Mariners had a rare day off yesterday (their first since May 10), so there is little in the way of M's news. But that doesn't stop us from wondering what will happen today when they face the hottest team in major league baseball, the Chicago White Sox. Maybe it's a good thing. After all, when the Mariners faced the Angels, who were struggling, the M's helped pull them out of their funk. And when they faced a Ranger team everyone was calling the best in baseball, the M's exploded offensively. Maybe the M's will bring their "A" game this weekend. (And, after they way they've handled the A's this year, that would be a good thing as well.) 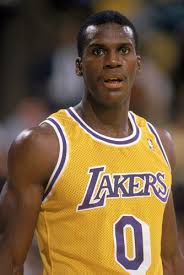 • Washington State: Christian Caple posted on the blog this morning, as there was football news to pass along. With Christian taking care of that information, we can concentrate a bit farther afield. ... Like the softball World Series, where No. 1-ranked Cal won and the two other Pac-12 entrants, Oregon and ASU, played each other. The Sun Devils picked up the win in that one. ... Or the baseball playoffs, which begin today, with Oregon hosting a regional, Oregon State playing at LSU and Stanford (with star pitcher Mark Appel), UCLA and Arizona also hosting regionals. Arizona coach Andy Lopez is a family friend, so we'll pass along this feature. ... Jon Wilner has some thoughts on Larry Scott and the football playoffs. ... If you want to know when WSU is playing UCLA in hoops next season, you can see here. ... I am also going to pass along this story from Shreveport though it's pretty sad. Orlando Woolridge (shown above when he was with Lakers) is WSU basketball player Royce Woolridge's father.

• Chiefs: Jessica Brown caught up with some Chief alums who are doing pretty darn well.

• Preps: A lot of local kids populate the East roster for the state All-Star football game. 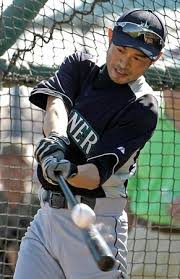 • Mariners: There is always ways to fill an off-day, even more so when the manager gives your struggling No. 3 hitter the day off heading into the break. So will Ichiro return to that spot in the lineup tonight? Or will someone else take the position, maybe even a red-hot Justin Smoak? ... The bullpen will look different with the addition of Stephen Pryor. ... As we said, the Sox are red hot. ... Batting practice is a time to work on things.

• UFC: Spokane's Mike Chiesa will battle for "The Ultimate Fighter" title tonight on FX. John Blanchette caught up with this week for a column. Also, check out this video story from last week's fight from Rick Lukens.

• That's it for this morning. We'll be back tomorrow as per usual.Until then ...