It's pouring rain in Spokane right now. Not just a shower or two but a spigot-turned-on rain. Sheets of water. A rivers-in-the-streets type of rain. And my neighbor's sprinklers just came on. Read on.

• Early last summer I had a new controller put in for my automatic sprinkler system. I paid a bit more and had a device attached that reads the rainfall, sends a signal to the box and, when there has been enough moisture since the last sprinkler cycle, adjusts the amount of water the sprinklers send out, either cutting it down to turning them off completely. One of the better investments I've made in a while (much better than my stock market picks). Not only has it saved me money, it makes me feel good about doing something for the environment. And gives me something to brag about on the 12th tee.

• What does my sprinkler system have to do with sports? Well, nothing really. I could write some transition sentence about not wasting Internet resources or an over-abundance of links, but I won't. Instead I'm just going to shake my head about how the Mariners lost last night – didn't see the fly ball hit Michael Saunders in the head live, but caught a replay – and move on. I will say this. I've never followed a team that's lost games in more varied ways than this one. It's kind of exciting in a sense to see how they'll do it. This was a new one. What will today bring? 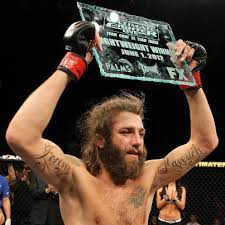 • I also didn't see Michael Chiesa win "The Ultimate Fighter" title either, though I knew about it when it happened – and before it showed on TV here. That's because the idea of tape-delaying a live event for the West Coast is no longer viable, thanks to Twitter. As soon as Chiesa, the Spokane native whose story is about as emotional as it gets, forced Al Iaquinta into submission last night, Twitter exploded with the news. Waiting another three hours to see what happened seemed a bit anti-climatic to me (as well as a waste of time), so it was off to bed.

• Washington State: We have one piece of Cougar information to pass along. It's ESPN.com's pick for WSU's most important football game of the fall. The choice? The Cougars' opener at BYU. ... WSU coaches, including Ken Bone, Donnie Marbut and Mike Leach, were in the Tri-Cities last night for a fundraiser. Guess who the story is about. ... Much of today's non-Mariners news revolves around the Pac-12, with the softball World Series going on in Oklahoma City and the baseball playoffs in full swing. ... In OKC, both California and Arizona State lost in winners' bracket games, with the Bears being shut out by a San Jose native. Oregon gets back at it today in a loser-out game vs. Tennessee. ... As for the NCAA baseball tournament, each of the Pac-12 schools won, though Oregon's victory (above) was more-than-a-bit controversial. Stanford had little trouble at home, UCLA does what UCLA does (get great pitching) and Arizona exploded past Missouri. Oregon State was the lone road team and the Beavers' win sets up a showdown today with host LSU.

• Gonzaga: The Zags' Jerry Krause is speaking at a clinic in Canada today. He had a lot to say yesterday about youth sports.

• Shock: The Arizona Rattlers have former teammate Johnie Kirton on their mind.

• Mariners: For a guy sitting at a computer with a heating pad on his back (that would be me), the loss isn't as important as the news Felix tweaked his back a bit during his stint yesterday. Losses come and go (and in such varied ways), but that news worries me a little. ... Saunders felt a bit ticked off (and sore) after the drop led to last night's 7-4 loss, which is a good thing. But maybe the bad hop in the air was meant to be. After all, the White Sox are getting every break right now and Seattle struggles in Chicago. ... Stephen Pryor didn't pitch, but he certainly filled up Eric Wedge's doorway.

• Seahawks: We have some Hawk news this morning, from one former quarterback feeling Tarvaris Jackson hasn't advanced that much to Marcus Trufant's loyalty.

• Sounders: The varsity club didn't play last night, but the reserves did and featured a familiar face – and leg. Steve Zakuani played 45 minutes in his comeback from a badly broken leg.

• Golf: A Spokane tradition like none other returns this year. Jim Meehan has the story in his weekly column.

• UFC: Chiesa's story was well documented by John Blanchette on Friday (the picture at left is of his mom hugging him after his win), so we'll just link the story in this morning's S-R and move on.

• That's all we have for this wet Saturday morning. Though yesterday was National Doughnut Day, we leave that day for the amateurs out there. Us professionals, the ones who have a fine-tuned doughnut palate, we wait until the next day to get back into the swing of things.Until later ...