The sun rises early this time of year. And we rise with it every once in a while. It happened on Sunday, when the sound of the birds, a slight breeze and the bright sunshine all conspired to ruin any chance I had of sleeping in on Father's Day. But, after looking out the window, I was glad I had gotten out of bed so early. Read on. 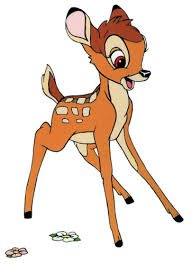 • Deer are nothing new to our neighborhood. Heck, both of my sons have collided with the beasts at some time over the years, neither more than a mile or two from the house. And in the winter they can positively overrun the place especially at twilight and in the early morning hours. But sightings this time of year are pretty rare. That's why I was surprised yesterday morning to look out my bathroom window and see a scene straight from a Disney flick. Up against the fence in my neighbor's expansive back yard were a doe and her fawn. The little one wasn't very old, with its spots and wobbly legs giving that away. The little guy – or gal, I wasn't close enough to be sure – would stagger away from mom to smell the grass, then quickly dart back to nurse. Mom, standing tall with her ears high, would occasionally whip her head around at the sound of a noise, but mainly concentrated on her fawn. I was shocked at how often the doe licked the fawn, pretty much covering the entire hindquarters while the fawn was nursing, then licking the face for a while. It was almost cat-like. For the five minutes or so I watched, the mom hardly moved, no matter how brave her child got. As the show's newness began to wane, I caught a small movement out of the corner of my eye. On the dirt road that separates our back yard from the neighbor's, something was moving. It was dad, a not-too-old buck with small antlers. Though mostly hidden behind our fence, he was moving east down the dirt road, probably emerging from the last wooded area in the neighborhood and seemingly headed through the local park and back to the side of nearby Browne's Mountain. As he continued to move, mom nudged the fawn and the two followed, leaving the view from my window. It wasn't yet 6 a.m., but the day was off to a rousing start.

• It would end with another nature scene, this of the wildlife in Northern California. Watch this video of the U.S. Open awards ceremony. Webb Simpson's response to Bob Costas is priceless, as is the look on Costas' face. And the guy who interrupted? I'm sure he's a Raiders fan.

• Washington State: The college World Series continues in Omaha, with Arizona putting itself in one division's driver's seat thanks to a 4-0 defeat of UCLA. The Bruins have to face Florida State on Tuesday, with the winner then having to defeat a rested Wildcat team twice to make the best-of-three championship series. ... Utah's football stadium may be in line for another expansion.

• Shock: The AFL and its players reached an agreement Sunday on a labor contract, heading off any possibility of a lockout. Jess Brown has the story.

• Indians: Jess also was at Avista Stadium on Sunday night as the Indians picked up their first win of the season, 7-3 over Vancouver. Here is Jess' story.

• Mariners: It wasn't their first win, but to Justin Smoak (left), it may have felt like it. The big switch-hitting first baseman delivered a single to left in the bottom of the ninth and the M's rallied to defeat the San Francisco Giants, 2-1. ... The winning run came a bit too late for Felix Hernandez (ever read that before?). ... Michael Saunders couldn’t complete a sacrifice in the ninth, but he's done just about everything else this season. ... The Giants have no plans to drop Tim Lincecum from the rotation.

• Golf: Though I enjoyed my Father's Day, I was ultimately disappointed. That's because I was rooting for Jim Furyk (right), the only guy on tour who has an odder swing than mine, to win the U.S. Open at Olympic. His shot off the 16th tee yesterday had a distinctly Vince Grippi feel, a low duck hook into trees that shouldn't ever come into play. Though he didn’t win, Furyk's travails make me want to root for him even more in the future. Oh well, Webb Simpson enters the pantheon of Open winners at Olympic that includes Scott Simpson, Jack Fleck and Lee Janzen. ... The Open returns to the West Coast in 2015, at Tacoma's Chambers Bay.

• NBA: Am I the only one who feels every important call in this NBA finals seems to be going Miami's way? It's almost as if someone important wants the Heat to win the title. Oh wait, I don't want David Stern asking me when I quit beating my wife. Anyhow, the Heat made its free throws and held off Oklahoma City 91-85 to take a 2-1 lead in the series. There are two more games in Miami, hence the poll question today.

• Even though it's a day old, I will still encourage you to share your sports-related memories of your dad. I shared my favorite and would love to read yours. By the way, did you know today was Paul McCartney's 70th birthday? Makes me feel really old. Until later ...