As the confetti rained down onto the floor in Miami last night, I wanted to get on my horse and ride around Spokane yelling, "the NBA is over, the NBA is over." Then I realized I don't have a horse. Read on.

• Yep, the NBA playoffs are over. And LeBron James, the most-maligned millionaire in the country, just a horse hair ahead of Howard Schultz, has his coveted ring. Now we can all breathe again. Sure, James was idiotic to hold an hour-long TV show announcing his free agency choice – even if the motive was to raise money for the Boys and Girls Club. And, sure, James saying the Heat were going to win more than a handful of titles while he was in Miami was even less intelligent – unless the Heat win that many. But there is no denying James is the best player in basketball right now, one who works hard on defense, is an exceptional passer and can get to the rim almost any time he wants. And all those talents would have been for naught if he weren't surrounded by other guys who also have skills, including, but not limited to, Dwayne Wade and Chris Bosh. It's those guys that made the difference last night and throughout the playoff run. Basketball, despite only featuring five guys at a time, is a team game that demands exceptional individual play. One guy alone can't win consistently. And the best team can't come out on top unless each individual makes plays when needed. It's a paradox to be sure, but one that plays out at all levels. James was the best player on the court – though Kevin Durant is close and getting closer each year – but it's the supporting cast that made the difference this season.

• Washington State: The 2012 Pac-12 football season is just around the corner (yep, just a few warm weeks to get through and it will be here) but that doesn't stop fans from thinking even further into the future. ESPN.com's Pac-12 blog examines the recruiting commitments for 2013 in this post. ... Speaking of recruits, here is more on the two West Side commits from earlier this week. ... Arizona made it look easy Thursday, routing Florida State 10-3 (above) after a six-run first inning. The Wildcats move on to the best-of-three championship series starting this weekend, though they don't know yet who they'll play. South Carolina, the two-time defending champion, stayed alive by defeating Arkansas and will meet the Razorbacks again this evening with the winner moving on to face UA. No matter what, it will be a Pac-12 vs. SEC battle.

• Eastern Washington: The Eagles will have new scoreboards for Roos Field and Reese Court in the fall. Jim Allen has the story.

• Indians: No way Spokane was going to lose Thursday. The Indians had a five-run lead and starter Jose Valdespina shut out Everett over the first five innings. But the Indians' bullpen and defense let them down and they lost again, this time 7-6 in 10 innings. ... Though it's Yakima that will be moving to Hillsboro, Ore., the Boise Hawks were thinking about relocating there as well. 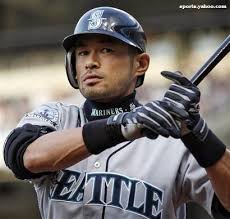 • Mariners: The Mariners were off yesterday, which gives everyone a chance to think about what to do with Ichiro and where a veteran pitcher fits into the bullpen. The M's play in San Diego tonight.

• Sounders: It's a big weekend for Seattle, what with the matchup at Portland this Sunday afternoon. The rivalry was spiced up a bit yesterday with some mild trash talk. The coaches, meanwhile, spoke with the media. ... Now that he's back in uniform, when will Steve Zakuani play?... Seattle may be looking to add a midfielder. ... If the Sounders win their U.S. Open Cup match Tuesday at San Jose, they will host the semifinal.

• Golf: The women's Publinx is over for Gonzaga golfer Tai Jade Kliebphipat.

• Track: As are the Olympic Trials for Lewis and Clark High grad Britney Henry, who finished ninth in the hammer throw.

• We're on the radio today from 3 to 6 p.m., joining Rick Lukens for three hours of fun. You can listen here. Until then ...