Even though this goes against a lifetime of saying no, I've decided to volunteer. Yep, if the guys running college football need an average Joe (I mean that literally, as my first name is Joe and I am average in a lot of ways, other than waist size) for the playoff selection committee, I'm available. After all, I've watched a lot of college football games over the years, I've had to listen to coach speak for way too long and I have a lot of time on my hands. Heck, I would even give up this gig to fill the role. Read on. 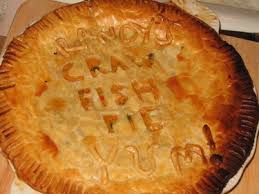 • See, I envision the members of the selection committee getting together once a week or so during the season, eating crawfish pie and she-crab soup, taking their pick of free Nike gear and then trying to decide which two SEC teams will be in the semifinals. That doesn't seem that hard does it? And at the end of the season, one quick get-together in Dallas for 48 hours of "deliberations" that consist of 10 minutes of making a choice and 47 hours, 50 minutes of Texas-sized fun. The Big 12 champ, the Pac-12 champ and two SEC teams. Done. When is happy hour? And make my steak medium rare.

• Today is the mid-summer equivalent of Christmas. At least it is to those of us who love basketball and believe in community events. It's Hoopfest weekend and it may just be the most fun you can have for free on a city outside of New Orleans. As soon as I get this post up I'm heading downtown to watch some games. Tomorrow morning I'll share my experiences with you.

• Washington State: Making the U.S. Olympic team is tough. Just ask Jeshua Anderson. The former WSU hurdler injured a hamstring this spring, lost valuable training time and never really hit his stride in the run up to the Olympic trials. Now, after finishing last in his 400-meter semifinal heat, Anderson will have to wait four years for another Olympic shot (the news is late in this story). ... It's mailbag time over at ESPN.com and Ted Miller has some interesting questions to answer. ... Washington had a big haul of football commits yesterday. ... Arizona State's basketball program needs to have a good season. ... Want to know what's going on with the Pac-12 Network? Read Doug Haller's primer. ... Oregon may have the most successful track and field program in the conference, but that doesn't mean the Ducks aren't making changes to the staff.

• Eastern Washington: They are celebrating the Big Sky Conference in Cedar City on Monday as Southern Utah officially joins.

• Shock: That's it. Though it's not official just yet, the Shock's awful performance in a 61-35 home loss to Arizona last night all but assured Spokane of missing the postseason for the first time ever. The Rattlers had six picks, including five of starter Kyle Rowley, who threw a dozen touchdowns last week. Jim Meehan has the story of the rout and more in this blog post from last night.

• Indians: A 4-1 win in Boise last night allowed Spokane to even its series with the Hawks at a game apiece. 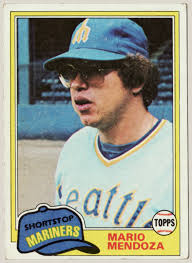 • Mariners: There is a headline on the News Tribune story today that is perfect: "How low can Mariners go?" Being that they were shut out at home by Boston last night 5-0, there is no lower, right? You can't score less than zero runs, right? Well consider this: The M's, as a team, are hitting .197 in Safeco Field this season. I'll repeat that. As a team, they are hitting .197 at home. Where the hell is Mario Mendoza? ... Have no fear, Hisashi Iwakuma will make Kevin Millwood's start Monday as Millwood will rest his sore groin. If Iwakuma throws a shutout, he may have a shot at a win. "May have a shot" is the operative term. ... Franklin Gutierrez has to be the unluckiest player in professional sports. Gutierrez was hit in the face with a wild pickoff throw Thursday and suffered a concussion. "It was a fluke thing," manager Eric Wedge told reporters, "but Franklin has been on the south side of quite a few fluke things the past couple of seasons." Isn't that the truth. ... Mark Langston understands his contributions to the Mariners.

• Sounders: The Sounders reach the halfway point of the MLS season today in New England and they'll do it without a couple of key folks.

• NBA: The Seattle City Council has its anti-arena folks.

• Golf: Jim Meehan has his weekly column, looking back at 25 years of Rosauers Opens.

• That's it for now. If you follow my twitter account (@vinceg55) I will be sending out the occasional tweet from Hoopfest using the hashtag #spokanehoopfest today. Enjoy your last day of June. Until later ...