It's an eclectic mix we present for you this morning, with links ranging from New Jersey, where former Gonzaga star Adam Morrison had a tryout with the Nets, to Tampa, where the Bucs said goodbye to Kellen Winslow and sent him to the Seahawks. Read on.

• There might be a wide range of things to talk about but the happiest topic last night was probably the Mariners' manhandling the Rangers behind Felix Hernandez. Texas' potent lineup has had its way at times with Felix recently but last night was not one of them. Matched against Yu Darvish, the Rangers high-profile (and expensive) off-season acquisition, Hernandez handcuffed Texas over eight innings. And the offense patiently forced Darvish to throw strikes (he walked six in four innings). When he did, the M's jumped all over the pitches he brought into the hitting zone, making the most of their five hits in the 6-1 victory. It may have been the Mariners fourth consecutive win, but it felt better than the three previous, maybe because Texas isn't flawed like the Rockies, maybe because it was at home, maybe because it was Felix being Felix. But whatever the reason, it was a positive way to begin a homestand.

• Washington State: Though there's nothing locally (other than this note making Klay Thompson's selection to the U.S. Select Team official), we were able to find some interesting WSU-related items. The most in-depth is this two-part Q&A ESPN.com's Pac-12 blog had with defensive coordinator Mike Breske. The first part is here, the second here. ... The blog also has a quick summary of the early season football television schedule. ... Two former Pac-12 star guards went at it in a Warriors tryout session. 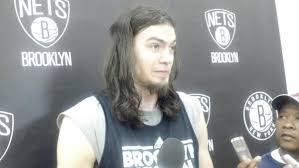 • Preps: The state 4A and 3A golf championships begin today on courses around the Spokane area. We found this feature on defending 4A boys titlist Dominick Francks in the Tacoma News Tribune.

• Mariners: The story of the game was how much better Felix pitched than his Rangers counterpart, but there were other storylines as well in the M's 6-1 win. But honestly, not that many. Besides making a mockery of Yarvish's start, there is the emergence of reliable backup catcher John Jaso and a look at the M's at the quarter pole. 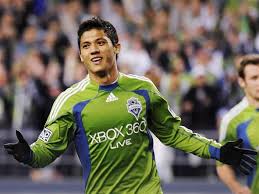 • Sounders: With Fredy Montero (right) making up for a slow start, the Sounders might be the MLS' best team. Though one Vancouver player would disagree. No one seems too bothered by his comments, however. ... The U.S. Open Cup schedule is still not set.

• Cycling: A bit off the beaten path, but Jim Allen has this feature on a blind Spokane cyclist looking for a partner to race with. This is one volunteer activity I will have to pass on, and not just because of how I look in the shorts cyclists wear.

• That's our report for this morning. We'll be back Wednesday before we head out to cover golf. Until then ...