There is one thing I like to do each Memorial Day. I reread the Gettysburg Address. It's my way of saying thanks to those the day was designed to honor. Fittingly, Abraham Lincoln wrote the speech and delivered it in 1863 as part of a ceremony to consecrate a cemetery, honoring the thousands who fell on the Pennsylvania battlefield just a few months before. It's not long, taking Lincoln only a couple minutes to deliver, but it's full of iconic phrases that still resonate through the years. However, the one that always hits me on this day concerns the sacrifice made by those being honored. "That from these honored dead," Lincoln wrote, "we take increased devotion to that cause for which they gave the last full measure of devotion." The last full measure of devotion. Wow. Read on.

• And, yes, I know this is a sports blog, but some things transcend sports. This holiday is one of those things. So we start the day remembering those who gave their last full measure of devotion so that we can enjoy our lives. The thousands of my father's generation in World War II and Korea, members of my generation in Vietnam, my sons' generation in Iraq and Afghanistan and all of the folks who came before. Thanks.

• There is no way to segue into sports news, so we'll just mention the Mariners were swept by the Angels – one step forward, two steps back seems to be the season's theme – and Dario Franchitti won his third Indianapolis 500 – and honored his late friend Dan Wheldon. All is covered below.

• Washington State: The Cougars finished their baseball season with a 3-2 win over the host Huskies, ending the year 28-28. They won't be participating in the NCAA tournament, though four Pac-12 schools will host regionals this weekend.

• Whitworth: The Pirates had to wait almost 24 hours to finish off Christopher Newport (Virginia), but they did it, winning 7-2 (shown at right). It's Whitworth's first NCAA Division III World Series win. They will face SUNY-Cortland today in hopes of staying alive in the double-elimination tournament. You can watch here.

• Mariners: No late inning excitement or big game-deciding blows in this one. Nope, just solid pitching by Hector Noesi that wasn't good enough in a 4-2 loss to the Angels. The M's had three hits (the same number as the Angels' Kendrys Morales had by himself Sunday) and 18 in the series. That's a total tonight's opponent, Texas, could reach in any game, let alone a four-game series. ... Despite the lack of offense recently, manager Eric Wedge is in no mood to change how he handles the lineup. 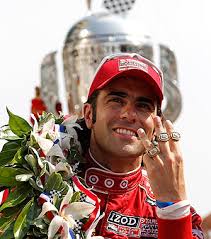 • Sounders: David Estrada scored the other night for Seattle, but his worth is about more than goals.

• Auto racing: It was a bittersweet victory for Franchitti (at left) but it probably would have been for anyone. Wheldon won the Indy 500 last year before being killed in a Las Vegas crash late in 2011. ... There was some great racing, especially at the end.

• It should be a beautiful Memorial Day around the Inland Northwest, so enjoy it. And to any reader who put him or herself in harm's way over the years for folks like me, thanks. I know this day is hard for you – it always was for my father – so just understand we are grateful.Until later ...