Did you give up on the Seahawks early in the fourth quarter? I didn't, but I did – well, sort of – later in the game. Read on.

• I'm guessing a lot of you thought the Seahawks were done when they fell behind New England by 13 points in the final quarter. After all, Tom Brady, the genius that is Bill Belichick and the Patriots are not going to blow a lead like that, are they? But they did. Though I wasn't sure the Hawks weren't going to turn around and return the favor. Did anyone else have the same reaction I did when Seattle scored to with 1:18 left? "Too soon," were the first two words out of my mouth, and the next two and the next two. Leaving Brady a minute, 18 seconds just needing a field goal? Dang it, that's too much time. But as I paced around the living room (and the bedroom and the kitchen) watching the final 78 seconds, I was pleasantly surprised how the Seahawk defense finally made Brady look mortal. Given Brady's propensity for comebacks, the defense's lockdown on the Pats final possession was about as good of football as I've seen in a while. And was the perfect ending to an outstanding football game. 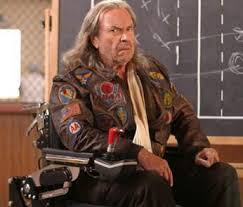 • Washington State: The beginning of a bye week is a good time to recharge the batteries and have a bit of fun. Mike Leach did that Sunday night, pitting his team in dodgeball games (was he sitting in a wheelchair saying "if you can dodge a wrench, you can dodge a linebacker" or something of that sort?) after practice. Christian Caple has the scoop in his blog post from last night. He also has his usual look back at Saturday's game and his Monday morning blog post. ... The Pac-12 CEOs meet today in San Francisco for their fall meetings. That tidbit is just part of Jon Wilner's blog post. ... The first BCS standings came out yesterday and Oregon is third. Luckily, the BCS is headed the way of the Dodo bird. ... ESPN.com's Ted Miller looks back at the week that was and ranks the Pac-12 teams. WSU is still 12th.

• Gonzaga: Former Zag center Robert Sacre is trying to make the Los Angeles Lakers as the last draft pick. He seems to be well on his way, as this Los Angeles Times story shows.

• Idaho: Nothing from the Vandals, who face their toughest test of the season Saturday at Louisiana Tech. But Utah State, which looms down the road, has to stay focused against New Mexico State.

• Chiefs: Spokane was off Sunday, but a couple of WHL teams met in Regina. 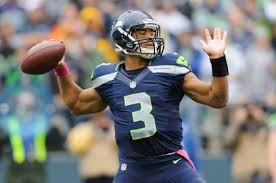 • Seahawks: OK, we saved the best for last. ... The Seattle defense has one goal, according to Belichick: Take away the run. So the Patriots opted to have Brady pass often. And he was successful at it to some degree. But a bad decision at the end of the first half – he was called, appropriately, for grounding on the final play – and a couple of misfires were just enough to limit the Pats' point total. The interesting thing about it, Russell Wilson (pictured) ended up with more impact with the deep ball, going over the top consistently for the first time this season. With his receivers doing a good job holding their edge against the Patriot defenders, Wilson was able to get the ball downfield enough. And by enough I mean to lead the Hawks to a 24-23 victory. ... Afterward, the Seattle players and coaches were more than willing to share their thoughts about the win while New England's were, as expected, a bit downcast.

• That's it for this morning. We'll be on the radio today, joining Rick Lukens and Dennis Patchin from the Q at Northern Quest. You can listen beginning at 3 p.m. on 700ESPN. Until then ...