It's Halloween and I'm glad for one thing: It's not on a Friday night. When it is, newspapers all over America are flooded with high school football stories that begin "it was a dark and stormy night." Read on. 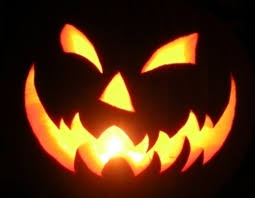 • Every writer in the history of the world has always believed they were the first to use a Halloween theme on a Halloween-night sporting event. Except they weren't. I did some research and discovered Edgar Allen Poe holds that honor, back in 1826, when he was a student at the University of Virginia. While covering the Charlottesville Hounds football game with the Deary Black Bears as a stringer for the Charlottesville Weekly Progress, his lead compared the Hounds' rushing attack to the zombies of "The Walking Dead." Weird, huh? But damn, it was well written. Anyhow, my point is tonight is not the night to try out some rift on costumes or candy or haunted houses – like every sitcom in America is doing this week. Eastern's season isn't "in the graveyard" after the upset loss at Southern Utah. The Seahawks defense isn't "haunted" by third down. Idaho's year isn't "dead and buried." Well, actually, that last one might be somewhat true, but that's another story.

• Personally, I always liked Halloween on Monday nights. That way I could sit at the top of the stairs, watch Monday Night Football on the big screen in the basement and still get to the door whenever the bell rang. It was a win-win for everyone. I'm not sure what will be on the tube tonight, but as I have door duty I'm sure I'll be watching it.

• Washington State: Tuesdays are scary in their own right for Pac-12 beat writers, who spend a good part of their work day listening to the league's coaches on a conference call. Christian Caple used the time wisely, putting together this Pac-12 notebook that focuses on the Oregon/USC showdown. ... As Christian is headed to Pac-12 basketball media day en route to Utah for Saturday's football game, he won't be holding a live chat today. He did, however, come through with a blog post after practice last night and another this morning. ... Oregon's national championship hopes are alive going into this weekend, but even if the Ducks win out, they could be aced out. ... Though the Pac-12's South is not as good at the top, it's better overall. ... BYU and WSU are scheduled to meet again next season, but the rest of the Cougars' schedule is still in flux. ... The NCAA is trying to alter its enforcement procedures.

• Gonzaga: BYU guard Matt Carlino expects to be much improved this season.

• EWU: The Eagles practiced in a pouring rain yesterday, washing away any memories of last Saturday's upset loss. This week Eastern hosts Big Sky member Cal Poly in a non-conference game scheduled years ago. But the contest against two top 25 schools in the FCS is crucial for playoff seeding. Jim Allen has the story. ... Jim also has a blog post this morning. ... If you want to watch the Eagles against UC Davis on Nov. 10, you can win tickets here. ... Jim Meehan's college volleyball notebook leads with Eastern's win last week over Sacramento State, which ended a long losing streak (pictured).

• Idaho: Louisiana Tech has been hanging around the top 25 all season but now another WAC school is starting to pick up votes.

• Chiefs: Even without leading scorer Mitch Holmberg – out with an injury – the Chiefs routed Seattle, 8-0, at the Arena.

• Preps: The Central Valley girls and Northwest Christian boys moved on in the state soccer playoffs.

• Seahawks: The wide receiver position is going to be a bit younger the rest of this year, as injuries have sidelined another Seahawks. ... Can we delve any deeper into the third-down statistics? Apparently. ... A 4-4 start means what exactly?

• Sounders: Speaking of injuries, the one to Eddie Johnson may not be as bad as feared, but there is little chance Johnson will play in the first game with Real Salt Lake. ... The Sounders and RSL have quite a history. ... Both are among the MLS' best. ... Seattle's GM thinks this team is built to win.

• Mariners: No Golden Gloves for any M's this year. It seems Brendan Ryan (pictured) didn't hit well enough to win the fielding award. Go figure. Though Larry Stone makes an argument for Ryan, the shortstop's bat probably did cost him the award. Because Ryan hit so poorly, he didn't play as much as J.J. Hardy, the winner. And that allowed Hardy to build some impressive gaps in the statistics. ... With 2012 behind us, the M's look to 2013 and beyond.

• Let's hope your Halloween tonight is more treat than trick. I'm going to ensure it by giving out really large candy bars to anyone who shows up on my doorstep with a decent costume. That means the 16-year-old dressed as a high school student is getting diddly. Until later ...