It was an announcement everyone expected but most Gonzaga fans hoped wouldn't happen. Kelly Olynyk is bypassing his senior year of eligibility and heading to the NBA. But guess what? The system worked. Read on.

• If you have a college degree, stop for a second and think why you decided to earn it. Yep, I'm sure most of you silently said, "to get a great job." (Of course, there is that minority of you folks who muttered some variation of "because my girl/boy friend had the same major.") College is for more than just prospective employment, sure, but it is the foundation upon which most of us built our future. And if there is a better example of a college basketball player building his future in his four years at a school than Kelly Olynyk, I don't know who it would be. And there's a number in that sentence that is important. Olynyk has spent four years at Gonzaga, has earned a degree and is ready to enter the workforce. Though the workforce of choice, for him, looked to be a longshot a year ago. Think back 12 months. Did many of us believe the best player on Gonzaga's team in 2012-13 would be Olynyk? The 7-footer had just spent a redshirt season, which means his life was filled with school, workouts and practice. The only time any of us saw him was when he jumped off the end of the bench, usually in tandem with Chris Sarbaugh, to cheer a great GU play. But what was going on behind the scenes, as usual, was more important than what was played out on the TV cameras. Olynyk was transforming himself from a relatively thin 7-foot wing to a toned-up 7-foot post that was unstoppable inside and out and could defend anyone from a bruising center to a cat-quick guard. He went from redshirt to consensus All-American to, yes, we have to say it, first-round NBA pick, in 12 months of hard work. Good for him. And good for Gonzaga. Olynyk's transformation wouldn't have happened at every school. For one thing, few college coaches would redshirt a 7-footer who had been more than serviceable for two years. Yes, GU had options, but there were a handful of games during Olynyk's redshirt season the Zags and Mark Few had to bite the bullet, because they could have used another big behind Robert Sacre, Elias Harris and Sam Dower. But that big was in a suit at the end of the bench. And it takes a well-tuned program to identify a player's weaknesses and build a redshirt-year program that gives him an opportunity to correct them. Plus, the player has to be willing to deal with a year out of the spotlight. Thanks to the confluence of all those things, the next time we see Olynyk on TV, he will be in a suit again. A pretty handsome one, I'm sure. And he'll be walking up some steps en route to shaking David Stern's hand. Good for him.

• Washington State: It's spring game day in Spokane and Christian Caple is visiting the Lilac City to cover the event. His morning post has a Spokane dateline and links all the Pac-12 news, along with his busy last 24 hours. In that time, Christian put together an advance of today's game, posted today's lineups and asked Xavier Cooper five questions. ... It's Saturday, so we have the ESPN.com Pac-12 blog's mailbag.

• Gonzaga: Jim Meehan broke the Olynyk news yesterday with a quick blog post, then followed up with a story on the decision. ... John Blanchette chipped in today with a column which says a lot of the things that came to my mind right away. He also mentions a couple players who might fill the gap created by Olynyk's early departure in some small part, something also mentioned in this CBSSports.com piece. ... We mentioned Chris Sarbaugh above. The former Zag redshirt is headed to San Diego to play for former Zag coach Billy Grier. ... The folks in Provo must be happy with the Olynyk news.

• EWU: Once again the Eagles have dipped into the Australian pool to improve their basketball program. ... Jim Allen has another in his series of football position previews, today the defensive line.

• Idaho: The Vandals held their final spring scrimmage last night and new coach Paul Petrino was encouraged by the contact. As Josh Wright's story and blog post show, he was also encouraged by the play of redshirt freshman quarterback Chad Chalich, the Coeur d'Alene product who has to be the leader in the clubhouse to start next fall.

• Shock: It doesn't take much to ensure an Arena League road win. How about a league-record five interceptions from Paul Stephens? Jim Meehan has more on the Shock's 69-47 win over San Jose. ... There is also this piece from the San Jose Mercury News.

• Preps: The high school tennis community has been given a helping hand from its college counterparts. Steve Christilaw explains it in his weekly notebook.

• Golf: Spring is never the best time to golf in the Inland Northwest. But, as Jim Meehan's weekly column explains, it is an important time to the courses. 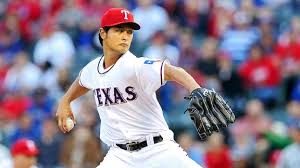 • Mariners: One of the oddities of Yu Darvish's short (and successful) major league career is who tough a time the righthander has had with the Seattle Mariners. Until last night in Arlington. That was a 7-0 behind-kicking. ... Franklin Gutierrez sat out again (replaced by Endy Chavez) and the Seattle offense was also MIA. ... Michael Saunders could be back soon.

• Seahawks: There will be no change at the kicking position this season.

• Sounders: Seattle has made a minor roster change headed into tonight's game in Colorado.

• Sonics: So the Maloofs are trying to make it clear they want to sell their Kings' team to the Seattle group. And Stern and the NBA are not listening. At least not yet, as the process continues to drag on and on.

• That's it for this morning. Have a good Saturday. Until later ...