Sometimes sleep won't come. It happens more on warm nights, of course, but is also caused by overthinking. Such was the case last night. Read on. 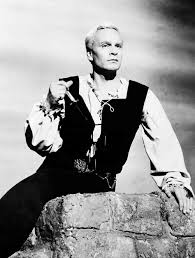 • When sleep is elusive, I often think of that line from Hamlet, to wit, "to sleep, perchance to dream." I know the Danish prince is talking about death, but taking the quote out of context – as people accuse us journalists of doing regularly – it is a bit more comforting. After all, dreams are cool, right? My most prevalent one this time of year: I dream of developing an unhittable knuckleball, one that dances up and down, in and out and is under my control. Next thing you know, this 56-year-old is leading the Seattle Mariners to a World Series victory over the Reds. It's a dream that will never come true, unless of course they let me pitch in a scooter. But what about our sports teams? What are their dreams for the rest of the year? And how good are the chances of them coming true?

• We'll start with the Seattle-area pro teams. The Mariners' dream is a .500 season (I know, at this point aiming that low is the only possible scenario). I'm not confident they'll get there, as they seem to be hovering around the 10-to-5-games-under mark during the second half. They can dream, though. ... The Sounders have only one dream left since signing Clint Dempsey (pictured) – that was a fulfillment of a real dream – and that is winning the MLS title. Their dream has a real chance of coming true. In fact, I would have to say not winning this season would be closer to a nightmare than winning would be to a dream. ... The Seahawks also have a title on their wish list, a Super Bowl title. It's possible, but more in the realm of dreaming than reality. Next year would seem more realistic. ... For the colleges around here, the Cougars have one thing they've been dreaming about for a decade: A bowl berth. It's still in the category of a dream this year but it's getting closer. I know, you've been hearing that for a long time. ... Eastern's dream is bit more lofty. Making the FCS playoffs isn't a dream, it's more of an expected occurrence these days. But winning the title, now that's what the Eagles lie asleep at night and think about. They were close last year and are in the running again this season. That's a pretty nice dream-state to be in. ... Idaho's dream is a bit different. A bowl would be a pretty out-there dream, what with the track record recently and the fact the Vandals are not in a conference this season. And that's the basis of their dream. To attract good crowds, put a decent product on the field and keep everyone interested in this, a transition season.

• WSU: The Cougars are back in Pullman – now, getting that football operations building down, that seems like a dream right now – for practice and yesterday's workout seems to have gone pretty well. At least that's the impression I received from Christian Caple's blog post afterward and his morning post today. He also has the first of his position previews, the quarterbacks. ... How does WSU stack up in the Pac-12? In this measure, not too bad.

• EWU: Jim Allen has been attending the morning practice during two-a-day workouts, and that's the case again today. He has a story in today's paper on the backup quarterbacks, another on the Eagles' ranking and a blog post with links.

• Indians: A 7-2 win over Tri-City kept the Indians atop the North standings in the season's second half.

• Mariners: For once, the M's have arrived in a city for a series when the home team – in this case, the Rays – is in a bit of a slump. And Seattle, thanks in large part to local boy Brad Miller (pictured), helped keep it going. The M's won 5-4 as Miller, from Orlando, hit two home runs and Dustin Ackley stroked a game-deciding RBI triple. ... The M's have enlisted some more help for their young infielders. ... Former Mariner Ichiro Suzuki is closing in on 4,000 hits. Sort of. ... Here's one way to look at close losses. Warning: There is math involved.

• Seahawks: The Hawk defense under Dan Quinn has a bit different look, at least in the coaching staff. ... Earl Thomas isn't changing but Allen Bradford would like to force a bit of alteration in the linebacking corps. ... Speaking of changes, there are rule changes for this NFL season, as is the case every year.

• Sounders: Seattle is moving up the power rankings as Dempsey's arrival is forcing changes with the attack. Shaking things up can be a good thing. ... The revolving door at keeper is more a result of injuries than it is planned. But it's worked out.

• My dream day: A walk with the dogs, a good lunch, a long nap, a couple of chores and then, when I've exhausted myself, falling asleep without dreaming about things that will never come to pass. Unless, of course, my fingernails grow just a bit longer and the knuckleball starts to dance just a bit more. Hey, a guy can dream, can't he? Until later ...