The Super Bowl blackout not only made for a longer-that-normal game, it also triggered some memories for Seattle Time baseball writer Larry Stone. And for yours truly. Read on.

• Having games delayed due to lighting problems probably goes back to May 24, 1935, the night baseball turned on the lights in Cincinnati's Crosley Field. But it doesn't happen all that often in major sports venues, though Stone was able to harken back to a Mariners game at Baltimore that was postponed because a bank of lights went dark. The Kingdome (pictured), which served as the M's home until Safeco was built, had a power outage once during a game in the mid-1990s and another prior to a game in the 1980s. It's the latter that I remember as I was there. Not just there, but in the Mariners clubhouse. When the lights went out – as I recall, we were told a ferry somehow cut a power line in Puget Sound – I was in the clubhouse not as a journalist but as a visitor. I had grown up as a neighbor to then-M's pitcher Matt Young (we played together in Little League and I caught him his sophomore year at St. Francis High) and, after moving to Spokane, made a yearly trip across the mountains to visit. I can tell you, when the power went out, the clubhouse was so dark I couldn't see a thing. And I must admit, I had a bit of an anxiety attack, though, other than the hysterical screaming, I'm sure no one noticed. The power didn't stay out too long and the game was played in the normal manner, so the event is not even a footnote in history. But I'll tell you, the darkness was pretty darn intimidating. Funny thing. Kim was in the stands with our infant son at the time and when the lights went out, she said it wasn't all that bad. It became really dark, but after a while her eyes adjusted because there was plenty of ambient light leaking through places. No wonder there was problems with the roof later.

• Washington State: Christian Caple, like everyone else, is gearing up for football letter-of-intent day, which is Wednesday. But for today he has a morning post prior to basketball coach Ken Bone's weekly press conference. He also has a story (second item) on wide receiver Drew Loftus, who was arrested last week for allegedly trying to steal tequila from a market, being dismissed from the team. ... The Pac-12 Network's announcers looked ahead to signing day yesterday and had some interesting things to say. ... The race for the player of the year in hoops is wide open. ... CBSSports.com's Dennis Dobb's has an interesting story on new WSU receiver coach David Yost.

• Gonzaga: The Zags are working to get back to the dominating rebounding team they were earlier in the season. Jim Meehan has their thoughts on the matter in his weekly notebook. ... Diminutive guard Christopher Anderson sliced GU up pretty good last weekend but it's nothing compared to what he did at the end of USD's win over Loyola Marymount. ... St. Mary's will host Creighton in the final year of the BracketBusters. ... Mark Few talked with Andy Katz on Monday. The conversation begins about 15 minutes in on this podcast.

• EWU: The Eagles will host Sam Houston State in the BracketBusters while Idaho will travel to Idaho State.

• Whitworth: The Pirates remained third in the NCAA Division III polls, leapfrogged by a team from, wait for it, Massachusetts.

• Preps: Basketball playoffs were close to being in full swing last night and we have a roundup. 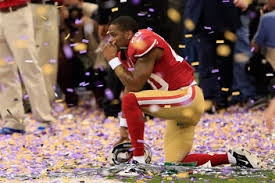 • Seahawks: The Super Bowl answered some questions and didn't answer others. ... The 49ers believe they will be back. Not if the Hawks have anything to say about it.

• Tomorrow is letter of intent day for college football. There are parts of the country that treat the day as if it's Easter or something. Here in the Inland Northwest, we are little more understated. Thank goodness. You know, after a high school kid "commits" to three or four different schools in a six-month period, it's easy to become jaded. But we're not jaded about the chance to receive free pancakes today at IHOP. We're never jaded about free food. We'll be back in the morning. Until then ...