It's only 5:30 in the morning and I've already spent an hour or so reading stories and prepping links for today's post. Is it because today is the first day of the Washington State basketball tournaments? Ya, that's what it is. That's the story we're going with. Read on. 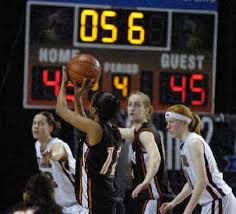 • Actually, it's because I'm no longer a young man and sleeping – at night – isn't as easy as it once was. Now napping, that's easy. But with the state tourneys kicking off today, we thought it would better to just pull ourselves out of bed and get working instead of lying there and counting 3-pointers (on a day like this, counting sheep seems so inappropriate). Over the years, I've attended more state tournaments than I can count, here in Spokane and over in Tacoma and Seattle. (I must admit I've never gotten to Yakima, but that has more to do with circumstances than lack of want-to.) I was in the Tacoma Dome the day the Nisqually earthquake hit, standing next to Tacoma's Todd Milles as we tried to figure out what we would do if the speakers – or the roof – headed our way. I once watched Blaze Burnham play in Spokane's Coliseum and now have coached his son. I watched Mike Dunn's Ritzville team lose a state B title in agonizing fashion, then covered his son at Washington State. I watched more than my share of Spokane-area schools get oh-so-close to a title and even witnessed a few hoist the gold ball. I can remember sitting in the Dome writing a state championship game story on deadline and telling myself not to screw it up; when the players pull the weathered clip of The Spokesman out at their 25th reunion, it needs to read like it was written by a human, not a dog with a pencil in its teeth. But most of my favorite memories are built around my boys. When they were young, we went to the state tournament almost every year. They would hang out with their friends, pretend to be one of the varsity players in introductions, sit on the edge of their seats throughout the game and laugh – or cry – depending on the outcome. And then there is the one time when our 3-year-old youngest son, who shall remain nameless here, escaped from Kim at the Dome, ran down the stairs to the floor with her in futile pursuit and ran smack into a police officer. Jack (darn, I wasn't going to rat him out) stopped and Kim caught up. At that age, only a cop could get him to slow down. 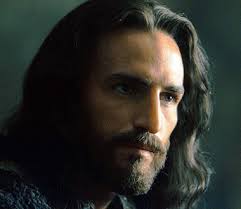 • One more state tournament story. To get some exercise during the tournaments, my friend Steve Larson – a former Cheney High assistant – and I would walk laps around the Dome's concourse, talking, stopping at times to watch games, just getting up and moving around instead of sitting all day. We were on one of those walks when, as we walked through the middle of a crowd, a young man passed us, stopped, turned and asked "Coach Larson?" In the 1980s, Steve had worked George Raveling's Cougar Cage Camp and the handsome young man, who was there watching his alma mater Mount Vernon play, had been on Steve's Cage Camp team a couple years. They started talking, sharing camp memories, while I listened. Finally Steve asked him what he was doing. The answer: He was in Hollywood now, acting. In fact, his first big movie was coming out soon. He didn't have a large part, but it was a Kevin Costner – hey, that was important then – film about Wyatt Earp. Steve wished him luck and Jim Caviezel went on his way. Little did I know then I was talking with the man who would be Jesus.

• Gonzaga: Speaking of starring roles, if the Zags can get by BYU tonight, they have a shot at getting top billing around the nation. We talked about that a little here yesterday and Jim Meehan covered similiar ground later in the day in this blog post. He also has an advance in today's paper. Jim, who is in Utah, also has the summary of the upcoming weekend. ... The task at hand tonight won't be easy, as BYU is pretty darn good and it is senior night in Provo. ... John Blanchette's column this morning concerns former Zag Chris Sarbaugh (pictured), who has found what he was looking for in junior college. ... The GU women will hold their senior night tonight in the Kennel. Chris Derrick has this blog post.

• Washington State: The Cougars probably won't have Mike Ladd Sunday when they face UW. That not-so-surprising news, from Christian Caple, leads our weekly college basketball notebook. Christian also has the weekend summary and his usual morning blog post. ... An assistant athletic director may be in line for a new job. ... Finally, about halfway down this ESPN.com college basketball notebook are some thoughts on Ken Bone.

• EWU: Jim Allen has this nice feature on Eastern freshman Venky Jois, who is adjusting nicely to college hoops. Jim also has the weekly summary. The Eagles host Northern Colorado tonight. ... Weber State will take a seven-game winning streak into Sacramento. ... The big trial in Missoula had a dramatic day.

• Idaho: The Vandals are on the road in Texas. Josh Wright has the summary of their weekend. ... Louisiana Tech is finally ranked, though it faces one of its toughest tests tonight.

• Chiefs: The Chiefs have gotten on a winning streak at the right time. They won their third consecutive game last night at Everett. We have a short story along with coverage from the West Side. ... Edmonton earned a big victory last night in Portland. ... Tri-City's injured goalie is trying to get healthy.

• Preps: Greg Lee is in Tacoma and has advances today on the 3A boys and girls. The Spokane area is represented by the U-Hi Titans in both. Greg also has this notebook on the state tournaments. ... The Seattle Times has quite a bit on the 4A tournament today, while the Everett Herald covers the 4A and the 3A this morning. ... We'll be in the Arena this morning covering the 2B boys and had this advance. On the same link is a short sidebar on how life can intervene.

• Mariners: This sounds promising. A couple of the M's vaunted young pitchers power through the Cleveland lineup and the offense gets a boost from Carlos Peguero.

• Sounders: OK, I don't get it, but it is a big deal. The Sounders revealed their new jerseys yesterday. ... The MLS has revamped its roster rules and its commissioner admits a mistake. That's rare. ... New defender Djimi Traore is in Seattle and ready to get going.

• We're done here. Headed to the Arena soon. We have to come up with one story today on the 2B boys. And then it's time for a nap. Until later ...