The British Open is underway. But I think there is a problem with my TV set in the hotel and no matter how much I adjust it, it isn't working. The grass doesn't look green. Read on.

• That's one of the perks of The Open Championship (capital letters and pretension added by the Royal and Ancient). When it's been a dry summer in the British Isles, the fairways of the world's oldest golf clubs dry out. Muirfield, site of this year's Open, is no exception. No expansive and expensive sprinkler systems here. It's about golf at its essence. Primitive. It's also foreign, in more ways than one. In the states, we play mainly on tracks that look like a well-maintained park. There is grass everywhere, dark green grass, along with trees, water and an occasional sand trap. Oh, sure, there are links style course around but the prototypical American course has as much correlation to what we are seeing on ESPN today as a toy poodle has to a Great Dane. Same species, different animals. It's part of the charm of the game. I'm pretty sure if you wanted, you could travel around the world for a year, play golf every week and never play two courses that had a similar feel. There is that much variety in the tracks. Of course, when you are a pro, you are expected to adjust your game to the layout, like Dustin Johnson hitting a 230-yard 7-iron that skittered along the ground like a squirrel chased by a Black Lab. But for someone of my playing ilk, the game would stay the same (poor) and the results would vary wildly (from poor to really bad), depending on the wind, the rain and a heck of a lot of luck. But it sure would be fun, wouldn't it? As long as I had a free supply of golf balls.

• WSU: Which Pac-12 teams are solid at receiver? Other than Washington State, of course. Ted Miller at ESPN.com tells us. ... Colorado hires a major league baseball executive as its athletic director. ... Who will stand out on Utah's football team this season? ... The Pac-12's plan for world-wide domination gets a big thumbs up in Utah.

• Gonzaga: ESPN announced the Maui Invitational draw yesterday just after I finished my blog post. So Jim Meehan put it up. ... Taelor Karr has signed to play basketball in France.

• Indians: A two-run rally in the eighth gave Spokane another 2-1 win over Tri-City on Wednesday night. Chris Derrick has the story and a blog post on the Indians home victory. 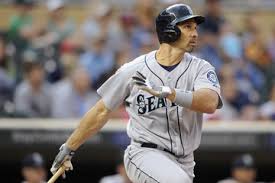 • Mariners: The unofficial second half of the season begins tonight, though the M's don't get underway until Friday in Houston. How will that second half go? Will the M's make a bunch of trades before the end of the month or will it be a player here or there? Will Raul Ibanez continue his age-defying season in Seattle or elsewhere? And will the M's win many games? ... The All-Star Game is still with us.

• Sounders: Osvaldo Alonso's red card was rescinded by the MLS yesterday. In other words, never mind, nothing to see here, move along. ... Eddie Johnson will be playing with the USA squad in the Gold Cup's knockout rounds. ... FIFA admits playing the 2014 World Cup in Brazil might be a mistake. You think?

• Seahawks: Bob Condotta continues to ask questions heading into training camp. The latest is about Percy Harvin. ... Would you like to contribute to this?

• Wood floors in our Anaheim hotel. Dropped a ball on it. It did not roll as fast as the fairways at Muirfield. Until later ...