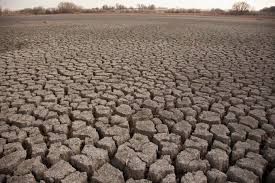 • I was starting to get worried. Worried that our supply of links was drying up so quickly that soon we would be left with one of those mud-caked holes you used to see in the Westerns. You know, when the wagon train had covered the last three miles or so searching for the watering hole, only to arrive at a low point covered in nothing but sun-baked mud? Well, today we struck fresh water. And not just from the usual sources. Heck, we have a story from an Australian newspaper to pass along and, even if the spelling and grammar is a bit different, how often can we say that? Of course it didn't hurt the Mariners were back in action, though they left their offense in Canada. And it doesn't hurt to have a decent selection of Gonzaga stories to pass along, though much of it is what most fans would consider bad news.

• By the way, we are trying to do something nice for moms on Mother's Day. We want to honor them (and the way they have influenced our sporting life), but we need help. Please take a few moments to sit down and write me an email concerning a memory you have of mom and her contributions to one of your sporting events or your sporting life. You can pass along your story to me at vincegrippi55@gmail.com. We'll put them here on Mother's Day and they will also appear in the newspaper the same day. We have some already, so join the fun and email me your thoughts today.

• WSU: Not surprisingly, the Australian story concerns Brock Motum and his quest to play in the NBA. I don't believe Motum will hear his name called on NBA draft day, but that won't be the end of his NBA dream. He's the type of guy who will find a spot overseas, keep improving and some day someone in the league will decide he's exactly what they need. It may be a couple years down the road, but it will happen. ... ESPN.com's Pac-12 blog recaps the Cougars' spring practice. ... Klay Thompson was giving Tony Parker fits the other night. Then Thompson fouled out. And the Spurs rallied for a big win. Coincidence? No way. 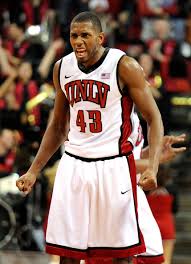 • Gonzaga: When former UCLA and UNLV star Mike Moser decided to spend his senior season in the Northwest, everyone expected him to pick Washington. Then Gonzaga got involved and he looked to be the perfect fit to replace Kelly Olynyk in the lineup. But Tuesday the Portland high school star ended all the speculation and announced he'll attend Oregon next year. Jim Meehan has this story and blog post. ... Former Zag Ryan Spangler was singled out for praise by Oklahoma coach Lon Kruger.

• EWU: Jim Allen switches gears today and offers up this story on the throwers on Eastern's track team.

• Idaho: When Robb Akey was fired late in last football season, there was some disagreement about money owed the Vandal coach. Now that disagreement has ended up in court. Josh Wright has a blog post and a story about Akey suing for what he says in contractually owed pay.

• Preps: Jim Allen also has the coverage of Tuesday's state soccer playoffs in the area. ... We can also pass along a roundup of playoff action from other sports. ... WIAA executive director Mike Colbrese addressed the state playoffs in a recent meeting with the state's sports editors. 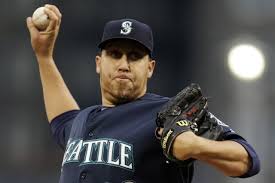 • Mariners: Aaron Harang (pictured) started slowly but actually pitched one of his better games in a Mariners uniform on Tuesday. Too bad the M's offense was MIA against a thrown-in-the-breach Pirate starter. It all added up to a 4-1 Pittsburgh win though it was 2-1 with two outs in the bottom of the eighth. That was on the heels of the only M's rally of the day, a seventh-inning one filled with substitutions, moves and eventually, just one run for Seattle. ... Jason Bay had a homecoming of sorts with the Pirates and he was in Tuesday's lineup, playing left field. ... Another piece on how good the M's top two starters are.

• Sounders: Though the Sounders are somewhat decimated by injuries heading into tonight's game in Kansas City, they may get a reinforcement on the defensive side. ... Though KC is ranked higher, the Sounders have played well in the city recently and have some momentum thanks to a comeback over the weekend.

• Sonics: Missed this yesterday but thought I should still pass along Jerry Brewer's column urging Chris Hansen to keep fighting for a team in Seattle.

• Seems like another beautiful day. I've been outside for a few hours each of the past couple days and I can finally say my arms are turning summer-brown, which is better than winter-white or spring-red. Until later ...

Posted May 8, 2013, 7:29 a.m.
By Vince Grippi
vincegrippi55@yahoo.com
Vince Grippi is a freelance local sports blogger for spokesman.com. He also contributes to the SportsLink Blog.