Can you feel it? Each morning, there is a tinge to the air. A little bit of a nip on your skin. The thermometer dial is only hitting numbers beginning with a 3. Yep, it's becoming basketball weather. Read on. 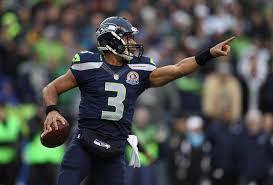 • OK, I know it is only the middle of college football season and the first half of the NFL year. And the baseball playoffs aren't even over. But we are all about pointing toward the future here, so we will. And besides, I enjoy basketball more than I do football and I love football. Each day I find a college basketball story to pass along and today is no different. We have more from Jim Meehan on what's going on over at Gonzaga. Josh Wright catches up this morning with the new-look Idaho program. We've had stories from Washington State and Eastern Washington. So the change in the weather can be understood. It's just nature's way of getting us prepared to head indoors, where we can enjoy Dr. Naismith's invention to the fullest. I, for one, can't wait.

• The high school basketball season has yet to begin, though it's just around the corner as well. This time of year is dedicated to clinics, where the interested coach can learn a bit more about the game he or she teaches. Last weekend, there was a big one in Yakima, with Gonzaga's Mark Few and Eastern's Jim Hayford among the speakers. This Sunday, Gonzaga's Kelly Graves will host a free clinic at the McCarthey Athletic Center, with local coaches Helen Higgs of Whitworth, Eastern's Wendy Schuler and others also taking part. The clinic begins at 10 a.m. and will run through 3 p.m., with the GU women practicing at 3. Unlike most clinics, there is no need to register, it's open to everyone. It's a chance to learn a bit more about the game.

• WSU: This weekend's 7 p.m. game – it should be cold enough to get everyone thinking about basketball – at Martin Stadium against Oregon State has the feel of a playoff game. The Cougars need two more wins to reach their Holy Grail, bowl eligibility. With the tough second half of their schedule ahead, this seems almost as if it's a must-win to hit the goal of six wins. To get No. 5 Saturday, the defense will have to contain OSU quarterback Sean Mannion, as Jacob Thorpe's story explains. Jacob does believe, however, they will do just that, at least well enough. After all, he picks the Cougars to win in his weekly Pac-12 picks. Jacob also has a blog post from after practice last night and another this morning with links. He also held a live chat yesterday. ... Former Cougar great Jack Thompson (pictured), who had one of the best nicknames ever in college football, has been chosen to be part of the Polynesian Football Hall of Fame's inaugural class in January. ... We can pass along more predictions for this weekend's games from the ESPN.com guys and what you should be looking for, from the same source. ... And we found another power ranking. ... Finally, we wanted to pass along this feature about Oregon's center mainly because his older brother, Nico, holds a special place in WSU fans' hearts. And because it's a real interesting story.

• EWU: The Eagles will have to put the clamps on a North Dakota receiver if they want to win Saturday. Jim Allen has more in this story along with an informative morning post. ... Weber State's basketball team is tired of finishing second in the Big Sky.

• Idaho: As we said above, Josh has a look at the Vandals' new look, what with all the first-year players coach Don Verlin will trot out. Josh also has a bit more in this blog post.

• Preps: It's Thursday so that means more prep coverage, the best of which are this piece on Shadle Park's receiving corps (pictured) by Greg Lee and Chris Derrick's feature on Central Valley volleyball player Natalie Ford. ... We also can pass along this week's picks by Greg and SWX's Sam Adams and a roundup of Wednesday's action.

• Seahawks: Despite the defensive secondary being picked apart last week in Indy – that will change this week according to Pete Carroll – the focus today seems to be on the offense. Maybe it's because offensive coordinator Darrell Bevell speaks to the media on Wednesday. ... Will Marshawn Lynch be even more of a focus as the Hawks try to sort out their offensive line injury woes? ... This week was supposed to be Jake Locker's triumphant return home. But the Titans' quarterback is on crutches. ... Don't expect Percy Harvin back next week. ... Faking injuries has a professional history. ... Speaking of injuries, the Hawks have them at linebacker too. ... This is Exhibit A why a head coach should never pop off about his guys not getting into trouble

• Sounders: I watched a bit of the Sounders' 4-1 loss to Vancouver last night and one of the parts I caught was a goal by the Whitecaps. It was on a ball that trickled through goalkeeper Michael Gspurning's legs like a soft grounder through an 11-year-old Little League shortstop. Not good. ... The second consecutive blowout loss has the Sounders questioning a lot of things, including the lineup and the future. ... As you can imagine, coach Sigi Schmid is not happy.

• That's it for today. We'll be back tomorrow. We promise. No matter how cold it is outside. Until then ...