You know what? The next few days are going to be fun. Real fun. Read on.

• Tonight: Not only is there a chance the World Series could end tonight – Game Six is in Boston with the Red Sox up 3-2 – but the Sounders begin the postseason with a knockout-round match with Colorado. Love, hate or be indifferent about the MLS if you want, but you must admit a winner-take-all playoff match is intriguing. If the Sounders win, they'll move on to play Northwest rival Portland in the first round of the playoffs. And that would be fun.

• Thursday: It's Halloween, which would be enough. But it's also a college football night in these parts, what with the Cougars hosting Arizona State. It should be a good show no matter what the outcome – and a majority of you who have answered our poll see WSU upsetting the double-digit favorite Sun Devils. Both teams can put points on the board and both have done some exciting things defensively as well this season. The entertainment factor should be around an 8, even if Martin Stadium might be sparsely populated due to the strange scheduling. Plus, we could be in for a Game Seven of the World Series and those are never exciting, are they?

• Friday: The last weekend of regular season high school football for Spokane schools will see a league title decided and postseason berths determined. There is nothing in sports to rival the honest emotion of a high school athlete reaching a hard-fought goal. You should be able to see a lot of that on this night.

• Saturday: OK, it's a light college football Saturday in these parts. With the Cougars playing on Thursday, Eastern on the road at Idaho State and Whitworth taking a bye, your one option to see a game live would be in Moscow, where the Vandals host Texas State. Or you could stay home and rake leaves. You decide.

• Sunday: After the debacle that was the win in St. Louis on Monday night, the Hawks need to cleanse their palate. The Tampa Bay Buccaneers are just the team to spit out. A good rout would go a long way toward culminating a weekend packed with sports.

• WSU: The convoluted schedule meant Tuesday was the Pac-12 conference call with coaches and Thursday Night Football (Tuesday edition) in Pullman. However, Jacob Thorpe focused on Arizona State and its dynamic quarterback, Taylor Kelly, in this feature. He also has a morning post with links and the conference power rankings. ... We have quite a few other stories to pass along and we'll start with one I don't want you to miss. It's actually a post on John Canzano's blog on the Oregonian's website. I am in wholehearted agreement with this former Oregon football player, mainly because I have observed such behavior first-hand. ... We have some news from former Cougars as well, including Brandon Gibson being out for the season and Klay Thompson getting ready to start his third NBA season. ... Defense takes center stage, both in this ESPN.com's piece and a notebook from Utah. ... There are trap games for all the frontrunners to avoid.

• EWU: Idaho State isn't the pushover it has been the past few years and the Eagles are battling a few injuries. But, thanks to the play of a seldom-used reserve Jim Allen profiles today, those injuries didn't kill Eastern last week.

• Idaho: The Vandals are trying to get ready for Texas State's read-option offense, so practice has been pretty intense, as Josh Wright reports.

• Chiefs: It's Wednesday, so Chris Derrick has his weekly WHL notebook.

• Shock: The AFL is changing once again. Out are Chicago and Utah. In is Los Angeles and Portland. So the makeup is changing as well, with the Shock in a three-team Pacific Division with San Jose and newcomer Portland. The West Division will include Arizona, San Antonio and Los Angeles. Those two divisions make up the National Conference. Got it? There will be a test.

• Preps: Speaking of tests, the GSL will have its final Friday, with Shadle Park and Ferris hoping to hold on to a share of the league title. Greg Lee has all the matchups in this weekend advance. ... Central Valley edged Mead 2-1 for the District 8 4A title in girls soccer last night. Jim Allen has this story. ... Shadle, Mead and U-Hi all tied for the GSL volleyball title. 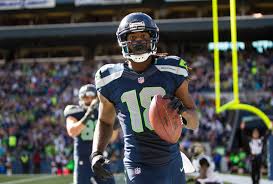 • Seahawks: Almost all of the overblown news of the day came out of Seattle yesterday. First there were the rumors the Hawks were trying to trade for Minnesota defensive end Jared Allen, which fired up social media and led to exactly nothing. The trade deadline came and went without a deal for Seattle. Then the news broke Sidney Rice had torn his ACL and was out for the rest of the season. The national media reacted to the news as if it were 2010, when Rice was a force. He's been something less than that this season, actually being MIA in a lot of Hawk games. The loss will hurt, sure, but not as much as some might think. ... Though with Rice being out, the Hawks could use Percy Harvin returning soon to help the all-of-a-sudden-anemic offense. A report yesterday said he was set to come back last Monday but suffered a setback and had to slow down some. Now Pete Carroll says he's day-to-day. Like everyone. ... No matter who plays, Seattle is favored by more than two touchdowns against the winless Buccaneers. Of course, they were heavy favorites against the Rams as well.

• Sounders: The day of reckoning is here, not only for the Sounders, who must win tonight against Colorado to move on, but also, more than likely, for coach Sigi Schmid. With all the money invested in winning now, it's quite possible a loss tonight would be Schmid's last match with the team. ... Both teams will be missing key contributors due to injury. ... If you are interested, here are five questions for the Sounders to answer in tonight's match, which pits two teams in the top dozen of these power rankings. ... Portland awaits the winner, of course, but the schedule makers didn't do the Timbers any favors. Their home match is scheduled for the same night Oregon plays Stanford, which may cut down the crowd somewhat.

• Mariners: The M's are reportedly interviewing Dodger third-base coach Tim Wallach for their vacant managerial position. This would be my choice, if only because our paths have crossed in the past. Tim went to Saddleback JC, just down the road from UC Irvine and took a recruiting visit with us. I showed him around and tried to sell him on becoming an Anteater. He went to Cal State Fullerton. I don't take it personally. He won a national title – and the player of the year award – there.

• How much candy do you have left for the little ones tomorrow? I've been good. But not perfect. Until later ...