While watching the Seahawks game yesterday, I heard the announcer say something about Russell Wilson. And it triggered a memory. Read on.

• Some time during the second half, when Wilson was leading the Hawks on a 98-yard drive to get them back in the game against Houston, one of the two guys in the Fox booth compared him to Doug Flutie. Doug Flutie? Really? OK, I get the run-around comparison, but I never considered Doug Flutie much of a passer. Maybe my memory is fractured, but Flutie always seemed a little flighty, if you get my drift. He always seemed one snap away from taking off down field, more excited about making a play with his feet than his arm. Wilson isn't that way. Yes, he will run if need be - or it's part of the offense. But he wants to pass. No matter how much he is running around back there, his first thought is to throw the ball. He could be going this way and that, avoiding one defensive lineman after another, but his eyes are always downfield, looking to find whatever receiver came open while the defense scrambles. And that's where my memory kicked in. It isn't Doug Flutie he reminded me of. It's Fran Tarkenton. OK, I know many of the younger pups reading this will ask "who?" After all, Tarkenton never seems to be in the debate when the best quarterbacks of all time are brought up. Yet the diminutive Tarkenton threw for 47,003 yards in a long NFL career, completing 57 percent of his passes, winning 124 regular season games and playing in three Super Bowls. All that while earning the nickname "The Mad Scrambler." Yes, he rushed for 3,674 yards, an NFL quarterback record when he retired. But he also held NFL records for pass attempts, completions, yardage and touchdowns when he called it a career in 1978. And yesterday, as I sat and watched Wilson flit around back there before firing a key strike to Golden Tate or Doug Baldwin, I think of Tarkenton. Not just the footwork. Not just the passes. But also the final score. Tarkenton may never have won a Super Bowl, but he won more games than any NFL quarterback that preceded him. Every time he stepped on a field, his team had a chance to win. Heck, they had a chance even if they were down a couple touchdowns in the fourth quarter. And the same can be said of Wilson. He proved that again yesterday. All the while kicking up some memories. 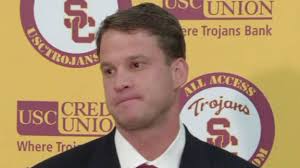 • WSU: With Christian Caple no longer in the employ of the S-R, I guess I have to run down the links this morning. The paper has hired a new WSU beat writer, but I figured I would let him introduce himself here instead of stealing his thunder. I would expect that either today or tomorrow as he gets situated. ... The biggest news in the Pac-12 yesterday, of course, was the early morning sacking of Lane Kiffin at USC. There are a million stories out there about the firing and speculation about who the next USC coach will be, and I've linked some. But my favorite go-to guy on Trojan stuff is longtime friend Chris Dufresne, so we'll give his piece top billing. ... Bud Withers reported Saturday the Seattle game next year will be against Rutgers to open the season. ... California dismissed one of its better defensive linemen from the team. ... The Cougars dropped a few spots in the ESPN.com Pac-12 power rankings, but the site still feels they are going to a bowl. ... Larry Krystkowiak is not just a basketball coach, he's a crime-fighter as well.

• Gonzaga: Our college roundup today leads off with results from the Zags' soccer match.

• EWU: Jim Allen has links to pass along today, so we'll do the same. One is to his follow-up story on the Eagles' 49-34 loss at Sam Houston State on Saturday.

• Idaho: Chad Chalich earned a national award after his performance in the win over Temple. Josh Wright has more in this blog post.

• Mariners: John Blanchette finished up his lost weekend in Seattle by taking in the M's game. Sorry dude. But he did get a good column out of it. ... The M's finished out the season with a 9-0 loss to Oakland, which is headed to the playoffs, again.

• Seahawks: Well, that was fun. The Hawks won, 23-20, in overtime to go 4-0 for the first time in franchise history. They won with a makeshift offensive line that was overpowered much of the game. They won with a defense that looked sieve-like in the opening half. They won – well, really, they won when they played like doo-doo for a lot of the game. They won because their stars, Wilson, Richard Sherman and Steven Hauschka (pictured)  came through in the clutch. And that was enough. ... Oh, and the win showed us a lot about their character. ... It was good to hear Michael Bennett is OK. No one likes to see a player carted off. ... Afterward, the Seattle players were more than willing to talk about what went on, including Sherman, Wilson, Baldwin and coach Pete Carroll, who seems about to score himself in the picture above.

• Sounders: I told one of my sons yesterday afternoon the Sounders were doomed. Grippis only get one win a day and the Hawks had taken it. His reponse: "Then I was rooting for Houston." Sorry, you can't take it back. The Sounders almost broke the one-a-day curse, but New York scored late to earn a 1-1 tie. The tie, played in a Seattle storm, not only kept the Red Bulls atop the MLS standings  – though the Sounders have two games in hand – but also was the best our household could hope for, considering the curse. ... Seattle feels it can play better.

• That's it for this Monday morning. Spoiler alert: I (like just about everyone in America) knew Walter would die. I just didn't know he would admit to being a selfish jerk. Thank goodness. A moment of clarity in one of the more clouded shows of all time. Until later ...