There's a showdown tonight in the West Coast Conference. It means everything to one team. And Gonzaga is involved as well. Read on.

• Tonight's 8 p.m. PST contest in Provo (delayed two hours by a North Carolina ice storm – it's a long story) is crucial to host BYU's NCAA hopes. The Cougars (18-10, 10-5 and second in the WCC) are on a soap bubble as far as the NCAA tournament is concerned with a couple of decent-to-good wins on their resume but way too many bad losses offsetting them. Still, a win over Gonzaga – the No. 22 team in the RPI and 27th in Ken Pomeroy's ratings – would bolster the Cougars' bonafides. So tonight is basically a must-win-or-expect-to-be-in-the-NIT game for BYU. The Zags (23-4, 13-1), on the other hand, don't have the same sense of urgency. A win would clinch the WCC regular season crown with three games left – no small fete considering this is considered a reloading year. And a win would help the Zags' NCAA resume as well, even though BYU is in the mid-50s in the ranking systems. The Cougars are still a decent team with a tough home court, so winning tonight would not be overlooked next month. And remember this. Thanks to the WCC's "interesting" scheduling this season, this is the first of four road games Gonzaga has to end the season. The Bulldogs have to win one to clinch the crown and the top seed in the conference postseason tournament. A loss tonight adds pressure to Saturday's game at San Diego, a place that is always tough for GU no matter how good it is. Two losses would then almost make next Thursday's game at Pacific a must-win, as a visit to St. Mary's closes out the season. So the best antidote for pressure would seem to be a win tonight. Then the Zags can finish out the WCC schedule playing with house money. And that's always nice.

• WSU: The Cougars are in action tonight, at Oregon State, and Jacob Thorpe will be there. As it is Thursday, he has the usual preview of the weekend ahead along with a piece on Royce Woolridge's season as part of our notebook. ... Jacob also has the morning post with links. ... One of the perks of covering WSU is you also serve as the Review's college baseball writer, a tradition like none other. Jacob has his first notebook of the season today, despite the 3 inches of snow on the ground. ... Speaking of baseball, the Philadelphia Phillies are dead to me after reading this story. What a bunch of creeps. I'm sorry, but the NCAA rules concerning baseball players and the MLB draft are idiotic, but it's worse for a major league team to rat out a kid. If the Dodgers or M's did this they would be dead to me as well. At least for three days. ... ESPN.com's Pac-12 blog has all the conference's spring football dates along with changes among North coordinators as well as an interview with Deone Bucannon. ... Back to hoops, Oregon State sees the Cougars as a chance to get back on track.

• Gonzaga: Wonder how the weather is in Provo? Probably better than here. Jim Meehan will be in attendance and he has this preview and a quick advance of the game. ... If you read the stories from Salt Lake on the game, you can see how important it is to BYU. ... St. Mary's and USF play a second-place elimination game tonight at USF. ... Pacific will need to play better defense to finish the season strong.

• EWU: Jim Allen highlights today's sports report with a can't-miss feature on the Fortiers, Craig, a basketball assistant at Eastern, and Lisa, an assistant at Gonzaga, and their family. It's a balancing act, that's for sure. ... Jim also has his preview on the Eagles' weekend. ... Usually when Montana and Weber State play in basketball, the Big Sky title is on the line. Not tonight.

• Idaho: Josh Wright has a preview of the Vandals' weekend.

• CCS: One of my favorite coaches in this area is CCS' women's coach Bruce Johnson. He won his 500th game last night.

• Chiefs: Prince Albert is fighting for a playoff spot. The Chiefs are pretty locked into theirs. So it is no surprise PA picked up a 4-1 win at the Arena last night. Chris Derrick has the story and a blog post.

• Preps: It's Thursday, the playoffs are in full swing and we have a bunch of stories, beginning with Greg Lee's advance on the Idaho girls' state basketball tournaments, which are this weekend. ... Mead is headed back to state in gymnastics but, as Greg relates, doesn't expect to win another title. ... Mt. Spokane's Tom Harvey (pictured) does, though, in wrestling. Greg has that story as well as well as a Mat Classic preview. ... We also have a roundup of all of Wednesday's playoff basketball action.

• Seahawks: As the 2014 scouting combine gets underway, the Hawks still have high hopes for last year's draft class, none of which are fullbacks. 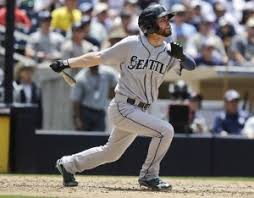 • Mariners: Nick Franklin (pictured) lost his second-base spot through no fault of his own. Now he's battling Brad Miller to start at shortstop. He can't be the utility guy, because the M's signed Willie Bloomquist for that role, though Bloomquist may leave at any moment for the Olympics. ... The M's have a few prospects, though none of them are leadoff hitters. ... Erasmo Ramirez has been a prospect for a long time. Now is the time to show some progress. ... Expect Lloyd McClendon to make his mark. Wait, he already has.

• Sounders: Seattle made some cuts yesterday, paring the roster down as it headed to the South for more training. ... There is a chance that the Sounders will sign other players as well. ... Of those folks still around, trying to make the team, they all feel confident in their chances.

• That's our morning report. We're back on the radio today, filling in with Dennis Patchin and Rick Lukens on 700ESPN from 3 to 6 p.m. You can listen here if you like. ... By the way, when the Duke/North Carolina game was postponed recently, ESPN decided to show it tonight at 6. That meant the Gonzaga game was pushed back to 8 as to not conflict. Until later ...