A GRIP ON SPORTS • We are more than halfway through April. Taxes are due tomorrow. The weather is turning summer-like. And sometimes all I hear about on the radio and TV is the NFL draft. Have we come to that? Read on. 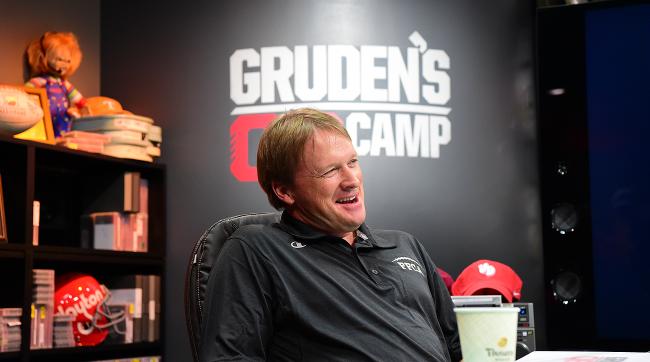 • Yes we have. The NFL is the Yankees of the 1920s, the horse racing of the '30s, the Roman Legions of 100 BC. It is the dominant sport in our country – and consciousness – these days. Even in the offseason. Why is that? Is it betting? Fantasy? The game itself? Or is it a self-propelling entity? What I mean by that is the NFL's popularity really began to bloom as television realized it needed more sporting events that people wanted to watch live. That, in turn, raised the stakes in contract negotiations. Networks were willing to pay more to have sports in their channels. And the NFL was already atop the heap. But when CBS, NBC and, most importantly, ESPN shelled out the gross national product of a mid-sized nation to lock-in the league, the NFL became even more insidiously ingrained in our psyches. See, ESPN has a tendency to over-promote itself and the sports it broadcasts. (Was that understated enough my cable won't mysteriously stop working this week?) When the NBA was on another network, the WWL (that stands for "worldwide leader") gave it short shrift. Now that it is ESPN's baby? You can't get away from Steph Curry talk at times. The same as happened, good or bad, over the years for hockey and NASCAR and even baseball. But the NFL is a special beast and ESPN treats it as such. Yes, the network does report on items that puts the league in a bad light, like the concussion issue of Deflategate, but such nuggets are overwhelmed by the constant talk of free agents, draft choices, chop blocks and one-handed catches. It is impossible to listen to an hour of the network's radio talk and not hear a segment on the league. Or, seemingly, turn on any of the five ESPN channels and see a show about the NFL. One day during Masters week I shuffled through the ESPN channels just to see what the network was emphasizing. The NBA was there, sure. So was the first week of baseball. But if I needed to know which defensive tackle coming out of college this year was the best fit for a 4-3 team, that information was repeated over and over. The 500-pound gorilla? It's gone, eaten by a 29-foot pound python known as the NFL.

• WSU: The Cougars scrimmaged yesterday but due to a family emergency, Jacob Thorpe was unable to be there. He does, however, have a feature on defensive lineman Garrett McBroom.  ... The baseball team won the weekend series from 10th-ranked Oregon State.

• EWU: The Eagle receivers found a way to shine yesterday in Eastern's scrimmage, as Jim Allen's story details. ... Eastern's 1976-77 basketball team, which included players who are now as old as I am, will be honored by the school.

• Empire: Iowa turned out to be heavenly for the Empire last night as they downed the Barnstormers, 53-34.

• Chiefs: Now there is only one state team still competing in the WHL playoffs. Seattle got past Everett last night and won their series, 4-1.

• Preps: Mead's boys didn't win an event yesterday at the Pasco Invite but the Panthers did win the title. Greg Lee has the story of how that happened.

• Figure skating: How is the sport scored? Anyone, anyone, Bueller? Tough question to answer isn't it? Tom Clouse tries to explain it in this piece.

• Mariners: Felix Hernandez is usually tougher than nails in New York City. Yesterday, he really wasn't, not possessing his best stuff. But like any great pitcher, Hernandez found a way, getting through five innings somehow and helping the M's to a 3-2 win over the Yankees. ... Seattle will go for the series sweep this afternoon in a pitching matchup featuring former Japanese league teammates. ... Baseball always has bright new stars.

• Sounders: Jordan Morris began the season with the expectations of being the Sounders top addition. Then Obafemi Martins bolted for China. With even more expected, Morris struggled. But yesterday he scored what turned out to be the key goal in Seattle's highly needed 2-1 home win over Philadelphia. ... The Sounders will have five matches in which all of CenturyLink will be open. ... Portland bounced back with a 3-1 home win over San Jose. ... Real Salt Lake has yet to lose this season.

• I am over on the West Side this weekend, soaking in the sun in Bellevue, where it is always warmer than Spokane. Well, it is expected to be today. Until later ...