A GRIP ON SPORTS • There are mornings when it’s hard to have an idea what to write. And there are mornings like today, when the theme overwhelms you in the middle of the night, causing you sit up in bed and want to write it all down. And then you fall back to sleep. Read on.

• So much happened yesterday, it seems impossible to keep it all straight. But we’ll try ...

• Jim Furyk was among a handful of folks who had shot a record 59 in a PGA-sanctioned golf tournament. Now he’s the only one of those guys who has shot a 59 and a 58. Furyk broke the PGA’s sound barrier yesterday morning at the Travelers, though there was hardly anyone around for it. At least not on TV as it came before the regular. Thankfully, the Golf Channel showed the 18th hole. It may have been the first time a guy who wasn’t going to win a non-descript PGA event had Jim Nantz calling his last couple shots before CBS even took to the air. Yes, I know the course Furyk shot his 58 isn’t the toughest. And I know it was a par 70. So? He did something no one else has done. 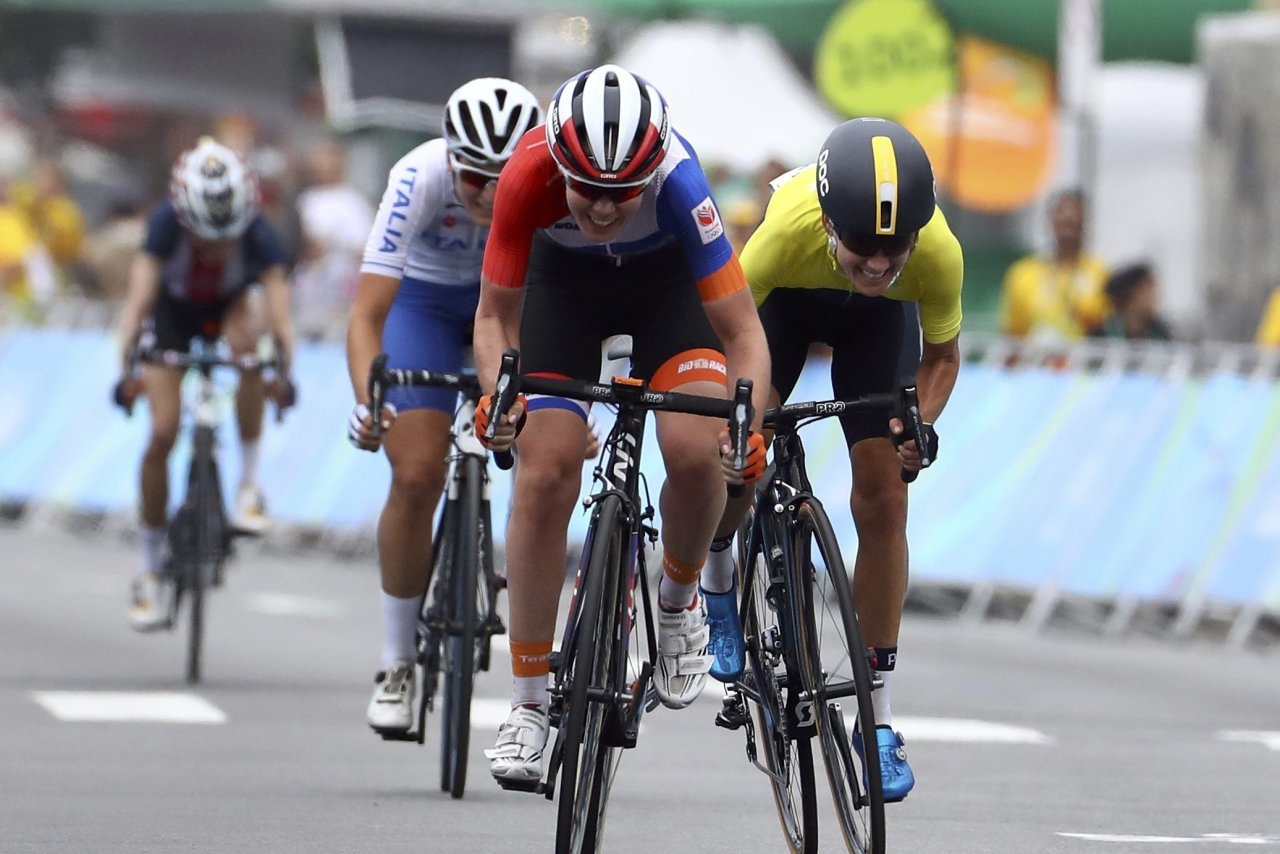 • Speaking of doing something no one else has, did you watch the women’s bicycle race from Rio yesterday? (I’m guessing you thought I was going to mention Michael Phelps’ 19th gold medal – unprecedented – or Katie Ledecky’s world record, but winning is so mundane. Honestly, though, it isn't.) Talk about horrific television. First there was the oh-my-God crash of leader Annemiek van Vleuten as she came down the hill toward the finishing stretch. The crash, and the images of her limp body against the side of the road – van Vleuten was unconscious for a long time, suffered a concussion and three spine fractures – haunted for a while. But what happened afterward to American Mara Abbott just yards from the finish line haunted even more. Abbott was forced to ride the last 10 kilometers alone, a tough task in bicycle racing. And she wasn’t up to it. A group of three cyclists made up almost a minute over that stretch and Abbott not only didn’t win, she finished in the worst possible spot, fourth. It was heartbreaking, maddening, frustrating – all of that at once.

• Last Sunday was awful for fans of Seattle professional sports. Yesterday was the opposite. The M’s won as James Paxton pitched another gem – is the big left-hander finally figuring it out? And the Sounders, team disappointment this season, routed Orlando 3-1 on the road. Clint Dempsey, reportedly the one Sounder who wanted to see Sigi Schmid replaced, scored three times. Yes, a hat trick. If the Seahawks had just played, and won, yesterday, there would have been a hat trick of a different type as well. • Ichiro Suzuki probably will be the second Mariner in the Hall of Fame. He may just get there before Edgar Martinez after collecting his 3,000 big league hit yesterday. He should be a first ballot guy. So should Alex Rodriguez, who announced he will retire on Friday, but there is little chance A-Rod will be. He may never get in, actually, thanks to his continued use of banned performance-enhancing chemicals. The second-best player the Mariner farm system ever produced will play heck even getting into the conversation when he becomes eligible, despite hitting nearly 700 home runs. His entire career was built on a foundation of lies, drugs and pomposity. Ichiro, on the other hand, the odd-ball from Japan, will be welcomed with opened arms. Isn’t life strange?

• What else happened? Many things, all of which are chronicled below. Which is what we do around here. That and wake up in the middle of the night trying to figure out what to write about.

• WSU: The Cougars continued preseason camp in Lewiston, with Jacob Thorpe continuing to report on said practices. Not only does he have a story on four positions that will bear special attention, he also has a practice summary on the blog as well as video of Mike Leach, Clay McGuire and offensive lineman Cole Madison. ... Stefanie Loh tries to figure out the depth chart after a couple of workouts. ... The rest of the Pac-12 is also getting going, with Utah trying to improve is physical play in the passing game, UCLA staying at home to get started and a longtime backup ready to take the quarterback reins at USC.

• Indians: Salem-Keizer scored a couple touchdowns and added a field goal – just kidding – in a 17-11 win over the Indians. ... Eugene and Tri-City won again while Everett struggled and lost.

• Mariners: The longest start of Paxton’s career came to a sudden end when he was hit with a ninth-inning line drive. The M’s said afterward he will be fine but who knows? We’ll see. Anyhow, the M’s won 3-1, swept the Ken Griffey weekend series with the Angels and are four games over .500. Is that good? • Seahawks: The Hawks held a mock game yesterday and, surprisingly, Michael Bennett didn’t use the opportunity to mock anyone. Again, just kidding. There was a lot to watch, however, and some interesting things to listen to, including new guard Jahri Evans. Let’s hope he’s right. ... Running back Alex Collins (pictured) had a big day, which may explain this Thomas Rawls news. ... Kam Chancellor is expected back soon.

• Sounders: The Sounders needed a win, that’s for sure. And they got it, despite again missing some golden opportunities. Dempsey didn’t miss his. ... The L.A. Galaxy rallied for a draw while Portland pounded out a 3-0 win.

• I sure hope I can continue to be woken up in the middle of the night wondering about this column for a long, long time. Mainly because, after the amount of money we spent this weekend, the income is welcome. No, that’s not it. It’s because I know it brings you, the reader, so much pleasure. Ya, that’s the ticket. Until later ...