A GRIP ON SPORTS • It’s another Monday. Feels like from here. Read on.

• Sorry this is so late and quite short. I've been battling a tough cold all weekend and it seems, at this point, it is winning. At least the battle for my nose and ears. So we’ll pass along the links we found and call it good this morning.

• WSU: With signing day coming up in about 48 hours, Jacob Thorpe took a look this morning at a recruit that is already on campus, Justus Rogers (pictured), who played quarterback for Bellevue. Rogers’ college position is still unknown, however. ... The Cougar women lost another one on the road. ... In men’s action, Oregon finished up their sweep in Arizona while Colorado hung another road loss on California. ... Back to football, Stefanie Loh has a feature on WSU’s newest assistant coach.

• Gonzaga: Jim Meehan stopped by yesterday and had his day-after report on the Zags’ dominating win over USF.

• Chiefs: Spokane came out hot in Everett, raced to a four-goal lead and won 4-1, to hop into third place in the U.S. Division. 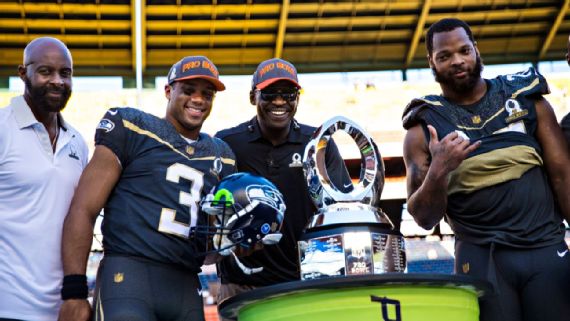 • Seahawks: It was a pretty good day at the Pro Bowl for the Hawk contingent. Russell Wilson threw three touchdown passes and was the offensive MVP while Michael Bennett was offside just twice and that helped him win the defensive MVP award. Maybe that’s why the Hawks are among the favorites to get to the Super Bowl in 2017 (no it isn’t).

• Mariners: So James Paxton is adamant he can stay healthy this season.

• Sounders: The U.S. National Team rallied to get past Iceland 3-2, with the Sounders’ Brad Evans and Jordan Morris playing roles.

• Slept about nine hours last night – which is like hibernating for me – and may head back to the barn for a couple more right now. Hopefully, I will win the battle of Sudafed Creek. Until later ...