A GRIP ON SPORTS • It’s a pretty odd college basketball season thus far. Tell me, who will win the Pac-12? The WCC? The Big Sky? The NCAA tournament? No one has a clue, really, on any of those questions. Read on. 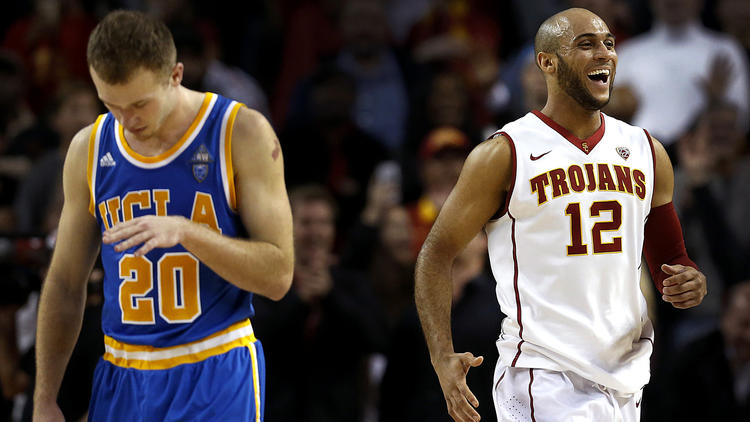 • I was talking with one of our local college coaches late last month concerning the college basketball season and the subject of the NCAA tournament came up. His feeling? There isn’t a great team out there this season. Last year, there were a bunch. This year, no one stands out. The same could be said about our local leagues, with the possible exception of the Northwest Conference, where Whitworth, despite this week’s loss, is still the lead horse. But elsewhere? Is Oregon really the best team in the Pac-12? Yes, the Ducks lead the conference. They have won five consecutive conference games. But they have been battered a bit by injuries this season and still must fend off a challenge from Arizona, USC – yes, the Trojans are actually good at basketball this season, which tells you what a wacky year it is – and, in another odd occurrence, Washington, one of the country’s youngest groups. In the WCC, Saint Mary’s seemingly has rebuilt its entire roster and, until last night, led the conference. But BYU played lockdown defense – yes, you just read that sentence – in Provo and knocked the Gaels out of first place. Their successor, for now? A Gonzaga group that goes six or seven deep and lacks consistent play at guard, the school’s usual calling card. The Zags won last night in front of a polite crowd at Loyola Marymount – that’s normal – but the way they did it was a little different. Their two stars, Kyle Wiltjer and Domantas Sabonis, were bit players early and GU still led. That’s unusual to say the least. There is a little bit more of a traditional look to the Big Sky, what with Weber State and Montana leading the way, but the Grizzlies just blew a 20-point lead at Sacramento State last night and dropped out a first-place tie. Meanwhile, with the all-inclusive conference tournament in Reno, teams are vying for a top-four finish and a first-round bye. Which means road wins are crucial. Eastern earned one in Flagstaff on Thursday as did Idaho in Cedar City, Utah, traditionally two of the toughest stops on the conference schedule. The Vandals’ win came despite their two leading scorers recovering from injuries. Heck, the strangeness has spread to the women’s side of things, where Gonzaga is in the middle of the WCC pack. Yep, the school that seems to win the conference every year had lost five of six games heading into last night’s matchup with Loyola Marymount and seems destined to miss the NCAA tournament. So what happens? Coach Lisa Fortier shuffles the starting lineup, the Bulldogs play well and win handily. Just another odd occurrence in what’s becoming a season full of them.

• WSU: The Cougars were not in action last night – a Wednesday night conference game doesn’t seem so odd anymore – but there were lots of key conference games, including USC’s easy win over UCLA. ... Oregon handled Colorado and Oregon State defeated Utah in a game that finished in a flurry of whistles. ... The WSU/Boise State football matchup early next season should be compelling.

• Gonzaga: Jim Meehan was at a less-than-full Gersten Pavilion and watched the Zags roll the Lions, 92-63. He has his game story and will be back with a day-after post. ... Jim Allen was at McCarthey and has this game story on the women’s 83-68 win over LMU. Colin Mulvany also has a photo story. ... Around the WCC, BYU had its way with Saint Mary’s in the second half, and that way had to do with defense and rebounding, 70-59. ... USD held down Pacific and won, 54-43. ... Portland went into Malibu and upset Pepperdine, 73-70.

• EWU: The Eagles didn’t get to Flagstaff until Thursday, which was by design. So was their 84-73 victory. ... Portland State shot 60 percent from the floor to blow out Montana State, 83-68. ... Weber State handled Northern Colorado in Greeley, 64-54. ... Montana led by 20 at one point but collapsed in the second half and lost 83-79 at Sacramento State. ... The Eagle women won once more.

• Chiefs: Tri-City and Everett – along with the rest of the WHL – are positioning themselves for the playoffs.

• Empire: Indoor football is about ready to begin again, this year with a new name and a new league. Jim Meehan offers this primer on the Empire and the Indoor Football League.

• Preps: Shadle Park raced out to a double-digit early lead, but Gonzaga Prep rallied back to win 63-47. Greg Lee was at Shadle Park and has this story. ... We also can offer a GSL girls roundup as well.

• Seahawks: If the Broncos win this Sunday, they can look back two years and see the blueprint they followed. ... The Hawks’ offseason continues, as do the rumors of running back changes.

• Mariners: Broadcaster Dave Sims had prostate cancer surgery recently and is eager to talk about it.

• More than likely a blue-blood will end up winning the NCAA title again this season. But the field sure looks wide open right now. I wonder if there is another Butler out there waiting to make a championship game run? Until later ...