A GRIP ON SPORTS • Here we are, already into May. And the M’s are still relevant in the American League. How odd is that? Read on. 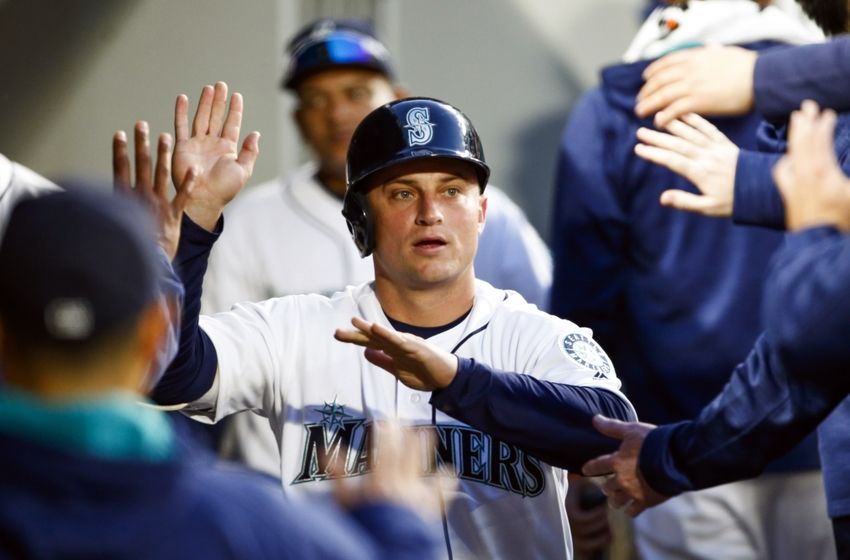 • Yes, we know the M’s haven’t been in the postseason since before many of you were born. (OK, my grasp of the demographics of this column’s readership might be off, but I’m hoping there are a lot of middle school students reading today.) And we know they have threatened to be part of the pennant conversation since then, only to peter out in May or June or July. But this season feels different somehow. Maybe it’s the new regime in the baseball offices. Maybe it’s the promise of a new regime in the administrative offices. Or maybe it’s just because this team is different. More than anything, however, it is just a desire to believe. It’s been so long since there was any reason to (don’t give me 2014, that team was obviously doing it with mirrors and I never really bought in, cough, cough) that our default setting is “hope.” Though the M’s aren’t in first place right now – they trail the Rangers by a half-game – they are headed on the road, where they have one of the American League’s best records. First up is Oakland and then it’s a trip to last-place Houston. There is a chance we could be writing about the size of the M’s lead in the West this time next week. Or, if the past rears its ugly head again, we could be wondering how it all went wrong. But that doesn’t seem to be in the cards, and not just because they aren’t playing the Cards. This team seems to be pretty solid in the starting pitching department. The bullpen seems OK. The lineup? It’s still pretty thin, even with Seth Smith having an out-of-the-box April. Add it all up, examine the A.L. West’s other teams and it seems as if the M’s have a shot. Yes, I know. I’m not going too far out the proverbial limb just yet. But what do you expect? It’s only the second of May.

• WSU: The Cougars had a shot at winning their baseball series at Oregon, but the rubber game got away late. ... The Pac-12 holds its annual meetings this week. Ted Miller of ESPN.com's Pac-12 blog previews them.

• Idaho: It was a good weekend for the Vandals.

• Bloomsday: It may not happen every year, but you can count on it happening often. “It” is someone from Kenya winning. This year two folks from Kenya won, Philip Langat (pictured) the men’s race and Cynthia Limo the women. Greg Lee has this story on the former – and this piece on the wheelchair races – and Steve Christilaw has this story on the latter. ... There are photos galore from Liz Kishimoto, Chris Anderson, Rich Landers, Kathy Plonka, Kip Hill and Tyler Tjomsland while Colin Mulvany has this video.

• Mariners: Yes, I wrote about believing in this group on the day after a loss. The M’s had chances yesterday to finish a sweep of the Kansas City Royals and didn’t get it done, losing 4-1. So? They have won five consecutive series and if there is anything I’ve learned over the years, good teams win series after series. It adds up.

• Seahawks: So the draft is over for another year. The Hawks’ picks have been praised and panned. Happens every spring. ... Seattle has picked up the usual number of non-drafted free agents as well, including a couple of quarterbacks.

• Sounders: As per usual, the Sounders will be hit hard by national team call-ups this summer. ... Portland picked up a 2-1 win against Toronto. ... Los Angeles pulled out a draw in Kansas City.

• Another heads up. We won’t be here tomorrow. I explained why yesterday. We’ll see you on the other side. Until then ...

Posted May 2, 2016, 6:49 a.m.
By Vince Grippi
vincegrippi55@yahoo.com
Vince Grippi is a freelance local sports blogger for spokesman.com. He also contributes to the SportsLink Blog.