• Taijuan Walker has been pitching as well as, if not better than, anyone on the Mariners these days. His earned run average in April was under 2.00 and, yes, that’s good. But he couldn’t overcome the last-place Houston Astros yesterday. Actually, he didn’t have much of a chance. And neither did the M’s. Walker suffered from a tight neck – he thought he may have slept on it wrong – and never could get it loose. He lasted two innings and was done. Even while he was on the mound, he wasn’t Taijuan Walker, so to speak. His fastball wasn’t there, he couldn’t locate anything and the Astros took advantage. It became a bullpen game and the M’s didn’t have enough. Thus the four-game winning streak is over. All because the starting pitcher had a pain in the neck. I’m betting it gave manager Scott Servais a pain about three feet lower. • Speaking of baseball, the high school playoffs are in full swing, which usually means we are in for rain, wind and cold. But not so this week. And it doesn’t seem like it next week. I’ve sat through enough of the bad stuff over the years to appreciate the good stuff. And the good baseball. Central Valley took home the 4A district title last night at Avista with its win over Gonzaga Prep and Mt. Spokane earned the 3A title by holding off Shadle Park. Next up is the regional battles. Let’s hope the weather holds. 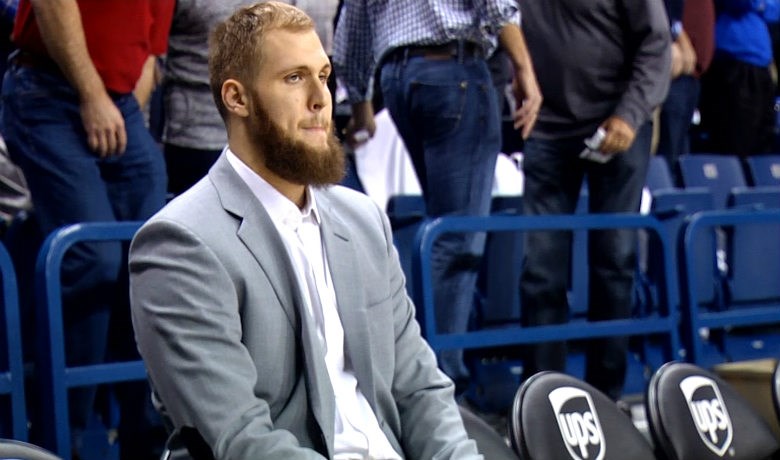 • Gonzaga: One of the bigger questions this offseason concerns the health of center Przemek Karnowski. And if the big man heals well from his back surgery, will he stay in Spokane? That’s the thrust of this Sports Illustrated blog post. ... CBSSports’ Dennis Dobbs doesn’t think the WCC will lose BYU to the Big 12. ... The Zags’ Bianca Pagdanganan is only a stroke back heading into the final round of the NCAA regional in Bryan, Texas. ... Things are happening fast for the track team.

• Idaho: The Vandals won the Big Sky women’s tennis title and also have the conference MVP.

• Whitworth: It’s been a great end of the season for area college golf teams and, as Jim Meehan’s column shows, the Pirates were a big part of that.

• Empire: Spokane has one loss this season. It came at Billings. The Empire have a chance to avenge it tonight at the Arena. Jim Meehan has the advance.

• Preps: Yes, it is playoff time. Rogers earned the 3A district soccer crown yesterday with a 2-0 win over Mt. Spokane. Jim Allen has the story. ... Tom Clouse was at Mt. Spokane’s 3A baseball win and Mike Vlahovich covered the 4A game at Avista. ... Lewis and Clark is hoping to repeat as the 4A state boys tennis champions but the Tigers will have to do it with a different cast. Steve Christilaw has the story.

• Mariners: The 6-3 loss came despite the M’s rallying against the Houston bullpen. Maybe they have a secret weapon. ... The Astros have a not-so-secret weapon.

• Seahawks: Rookie minicamp is underway for the Hawks, with most of the media emphasis on the offensive line and where top draft pick Germain Ifedi will line up. If you’re interested, it was at right guard. ... There is another position with a strong interest as well. That would be backup quarterback, what with Trevor Boykin and Vernon Adams in camp. Adams is still trying to earn a contract.

• If you are wondering why I didn’t weigh in today on Vernon Adams and his NFL dreams, I’m waiting to see how the weekend goes. Seattle sure seems like a good fit for him, but we’ll see. Until later ...

Posted May 7, 2016, 7:36 a.m.
By Vince Grippi
vincegrippi55@yahoo.com
Vince Grippi is a freelance local sports blogger for spokesman.com. He also contributes to the SportsLink Blog.