A GRIP ON SPORTS • Way back in the dark ages, when college sports were more for the folks on campus than a national TV audience, football and basketball didn’t overlap all that much. Like a lot of things, those days are long gone. Read on. 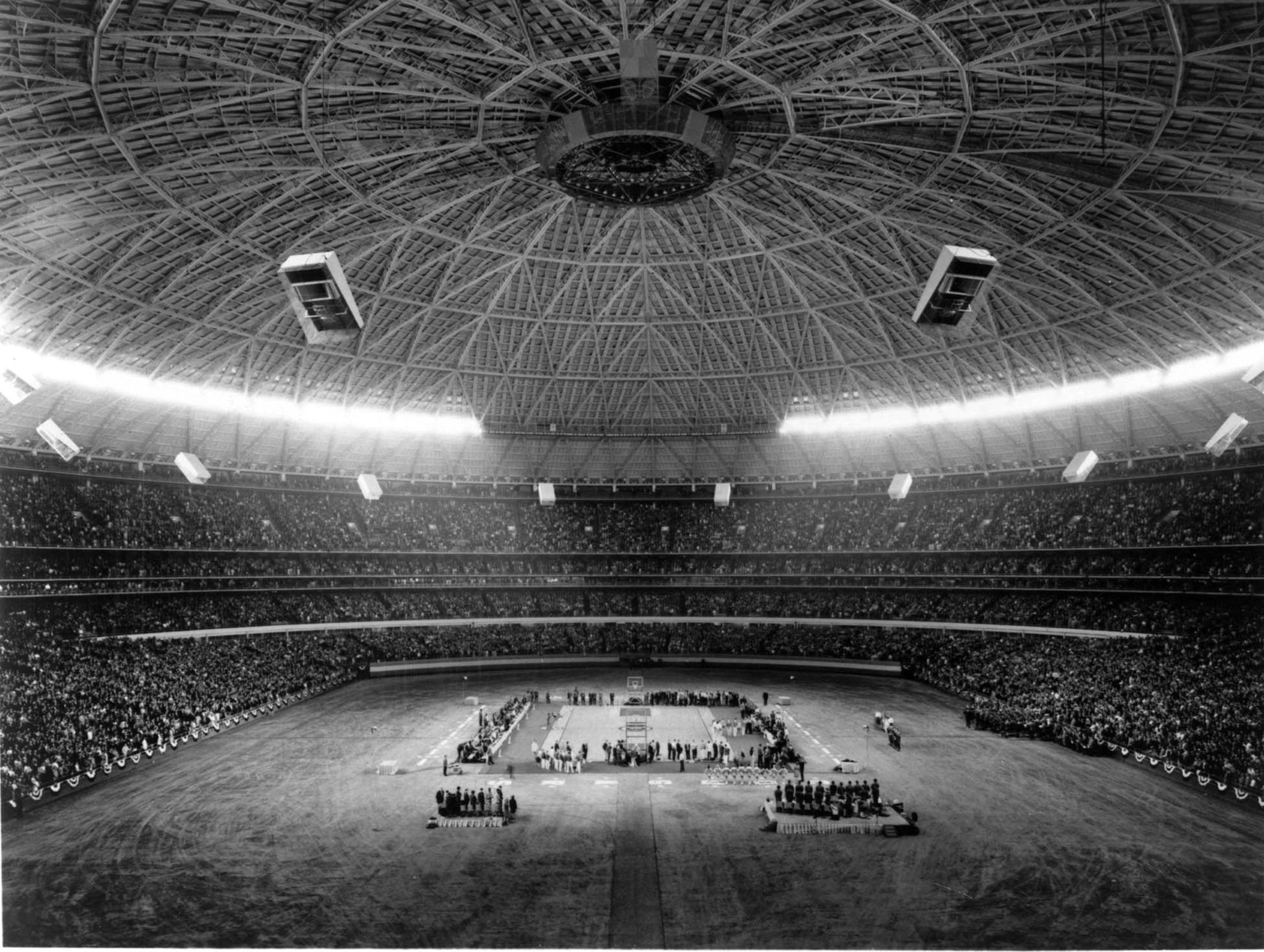 • There was an anticipation around the UCLA campus in 1966. Lewis Alcindor, the biggest – literally – recruit in college basketball was ready to make his debut for the Bruin varsity. The sophomore – freshmen were not allowed to play varsity basketball back then – would play his first game for UCLA against rival USC in a non-conference game. The date for the historic contest? Dec. 3. Yes, December. Believe it or not, before the basketball season began, the Bruins’ football regular season had finished.

Contrast that to this season. The Bruins will begin their season with an exhibition game with Master’s College on Nov. 1. More than a month earlier than 50 years ago. OK, the “real” schedule, when games begin to count, doesn’t actually start until Friday, Nov. 11. But colleges and universities have a lot more preseason practice time these days than they did a half-century ago, so college hoops is well underway already.

Call it schedule creep if you will, but what it means is simple. The two major sports overlap big time. And have more and more for years.

You can blame Lew Alcindor for it if you want. The Bruins, and the man we came to know and love as Kareem Abdul-Jabbar, were 30-0 in 1966-67. They were No. 1 and 13-0 the next season – which began on Dec. 2 by the way – when they traveled to play No. 2 Houston in late January of 1968. That game changed college basketball forever.

Thousands of people packed into the Astrodome to watch the game. But millions more watched on television around the country. Millions. And college hoops took a quantum leap forward.

It became a part of nation’s consciousness on a daily basis. Television executives realized there was money to be made, even in those pre-ESPN days. And, a little more than a decade later, when the cable sports network began to attach its tentacles to all sports, college hoops was its No. 1 product.

That meant there was a demand for more product more often. The schedule began to start earlier and earlier. Thanksgiving tournaments became a big deal. So did early season non-conference matchups. Football, which had traditionally ended around Thanksgiving, was also creeping into December even without bowl games. Before you knew it, the seasons overlapped by weeks.

College basketball teams have already been practicing for a week or so. College football teams are barely into their conference schedules. The two are fighting for our attention. In just a couple weeks, they will be fighting for television time. November is a battleground littered with Apple Cups and Paradise Jams, Iron Bowls and Hall of Fame Classics.

But there is a move afoot to change that. Proposals to move March Madness (which already leaks into April anyway) into late April or May have been floated. It’s early in the process, but the powers that be understand football is a tough nut to crack. College basketball’s early season is lost in football’s wake. Heck, I’m pretty sure someone in a back office at CBS is already trying to trademark May-Hem or the like. Which means someday, somehow, it is going to happen.

And it will be on television for all of us to see.

• WSU: The Cougars are headed to Northern California today but before they leave, they had their Thursday Night Lights competition for the players not in their plans Saturday. Jacob Thorpe has a story on how the young defenders are doing. Jacob also lays out the way WSU is going to upset Stanford on Saturday night. He also has video of post-practice interviews with assistant coaches JaMarcus Shephard and Ken Wilson. ... Shawn Vestal wants to know why cuts in athletics aren't part of the discussion when looking at the budget shortfall. ... Stefanie Loh has a piece on safety Robert Taylor in the Seattle Times. ... Stanford had a boatload of trouble stopping the Washington State passing attack last season and expects more issues in this one. 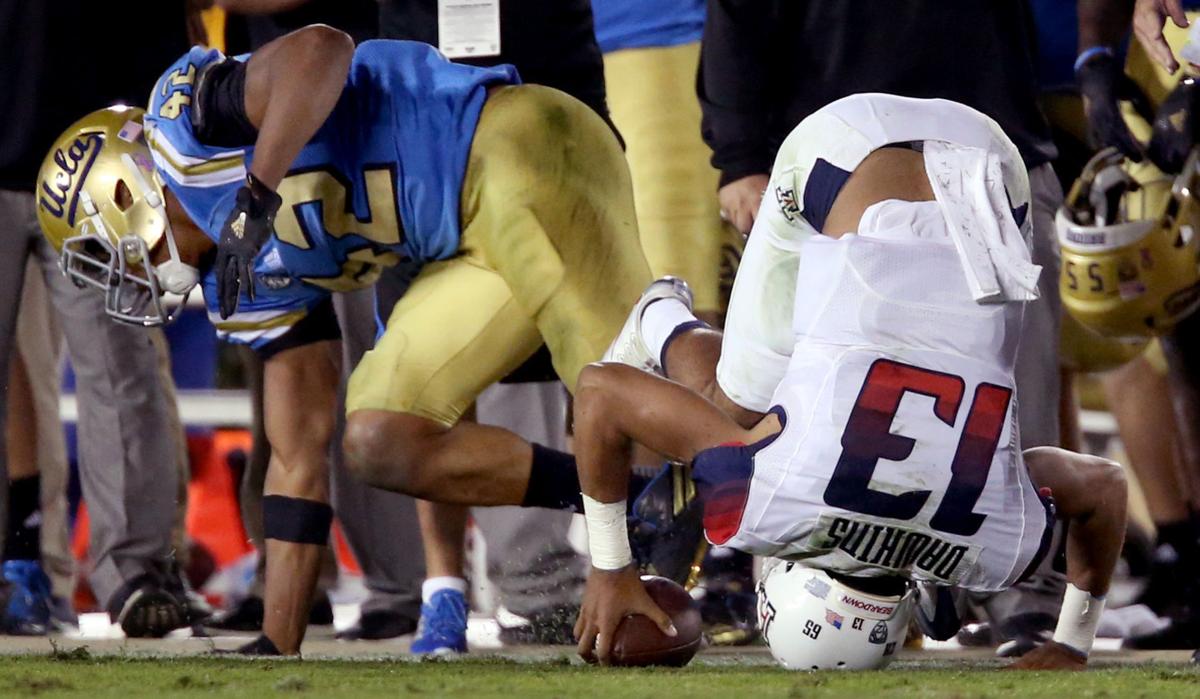 Elsewhere in the Pac-12 conference, everyone always wants to know who will win before the games are played. I like to wait. ... The big showdown in the South pits Colorado at USC in an early afternoon game on the Pac-12 Network. ... The big showdown in the North – besides WSU vs. Stanford, of course – pits Washington and its long losing streak in the series at reeling Oregon. That’s in the early evening on Fox. ... California hopes to keep its hot play going when it visits Oregon State in the first of the night games on the Pac-12 Network. ... Injury-riddled Arizona is at defensive-minded Utah on FS1 at 7 p.m. ... UCLA at Arizona State begins at 7:30 on ESPN2 while the Cougars and Cardinal battle on ESPN at the same time.

• Gonzaga: It’s getting-to-know-you week at Gonzaga as the Bulldogs begin basketball practice. With a lot of new faces, it’s necessary. Jim Meehan has the story.

• EWU: Every team needs a Miquiyah Zamora on their defense. Jim Allen has a feature on the Eagle linebacker who brings a level of toughness and team-play to Eastern. ... Jim also held a live chat yesterday, the transcript of which you can read here. ... The Eagle volleyball team handed Northern Arizona its first conference loss last night. ... Around the Big Sky in football, Portland State feels its turned its season around. ... Southern Utah and Cedar City are intertwined. ... There have been reports about reviving football in the WAC. Montana hasn't been involved. ... Montana State has to figure out its quarterback situation.

• Preps: Only one football game last night at Albi, with University scoring late for the victory. ... There is a Puget Sound-based problem in high school football. Again.

• Mariners: Nelson Cruz is the M’s nominee for an American League hitting award.

• Seahawks: The bye week gives the Hawks a chance to work on things. And to get players healthy. ... Former fullback Derrick Coleman pled guilty this week in regards to his car crash. He also may not serve any jail time.