In a year of unexpected gaming riches, “Ghosts of Tsushima” was a bright spot.

I finished the epic (and that’s the only way to describe it) open-world title, exclusive to Playstation 4, in the wee hours of Monday morning, and its ending is still lingering with me. There will be no spoilers here, but suffice to say that the story Sucker Punch has told stacks up well beyond the sum of its very polished gameplay and world-building parts to rival some of the best in narrative achievement in the medium over the past several years. 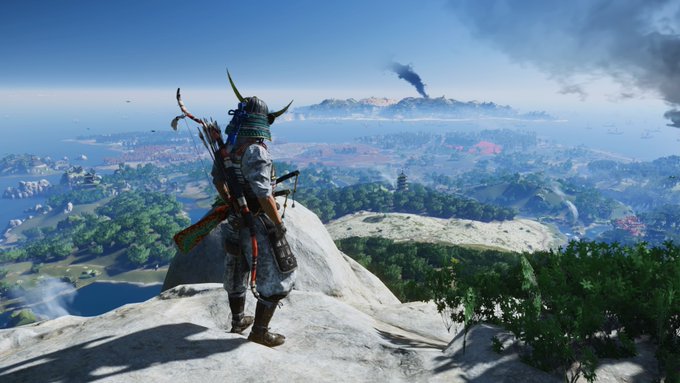 The game is gorgeous, but that’s not what makes it great. The cutscenes, an afterthought in so many games that Ghosts of Tshushima owes a debt of fealty to, are perfectly shot. But that’s also not what makes it great. Never before have I played a game of this scope and magnitude in which all of the systems worked more toward your progression in the game, to the final scene of battle that is at once reverential to the source material of the films of the Japanese masters as well as something we’ve never seen in gaming before.

I’ve spent more time in 2020 than I anticipated, as we all have, at home. And after putting the kids to bed and finishing the work for the day, I’ve been playing a lot of games to take my mind off the world outside. Because of the free offerings that developers pushed during the pandemic, and a backlog of titles I needed to finish, this year was perhaps my most prolific in gaming in some time.

While those other games were technically sound, or visually interesting, or mechanically superb, none have put it together in a full package like Ghosts of Tsushima. Little innovations to the open world, like the guiding wind feature that takes away the need for a minimap, are thoughtful iterations of a well-worn theme. While Jin Sakai is not the most complicated protagonist we’ve ever seen in gaming (hat tip to cowpoke Arthur Morgan, or the reluctant father figure Joel Miller), the acquisition of new skills to take on his enemy actually has narrative weight.

Jin initially doesn’t want to become the ghost, then he can’t avoid becoming it. The world around him changes based on that fateful decision. It’s like if you gain the double-jump ability in a shooter, and there were regret from your character for using the technique. I’ve never played a game like that before, and it made me think every time I reached for the smoke bombs to make an enemy encounter easier. Is this what Jin would want to do? Is it what his uncle and father figure, Lord Shimura, would want me to do? How about the gang of allies, past samurai, reformed thieves and monks. What would they think about my tactics?

I’ve been playing open-world games since at least Grand Theft Auto III, and in the past I’ve argued what makes such a game great comes down to two goals that the title must achieve in order to be worth my time:

1) establish a likeable, relatable main character that causes you to engage with the story; and/or

2) give you the freedom to wreak havoc to your wildest dreams.

But Ghosts of Tsushima did that rare thing that great games do, which is to make me rethink what, truly, makes a title great. Sucker Punch’s game does neither of these things, really. Jin is likeable, to an extent, but it’s the tension with the game’s main combat systems in him that makes him interesting and want you to see the game to its conclusion.

Wreaking havoc in the land of Tsushima, which you’re trying to save, is also a fraught proposition. At one point in the game, you learn how to make poison darts to take out your enemies. Standard stuff for a stealth game, especially one set in feudal Japan. However, enemies learn of your recipe when you use it to defeat a massive force of soldiers without resorting to your blade. The presence of this poison in the hands of the Mongols threatens the mainland, and Jin must stop the powder keg that he has lit through his desire for vengeance. 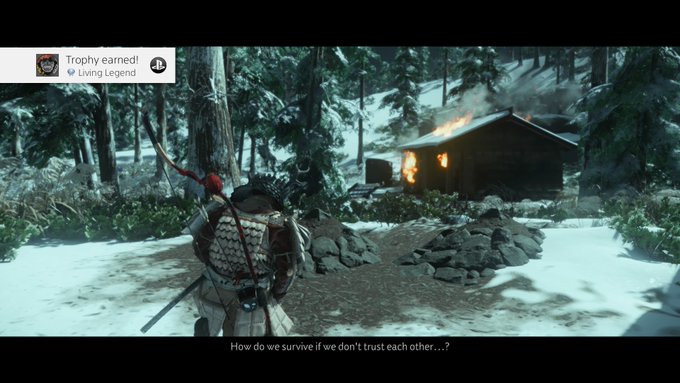 I had to wrap up a single side quest in order to achieve platinum for the game after I’d finished the main story. It involved a family, holed up in their modest winter cabin because they’d been poisoned by Jin’s concoction at the hands of the Mongols. Jin tries to rescue them, but the invaders set fire to the house and kill the remaining family members.

As the matriarch dies in your arms, her dying words are that she should have trusted you, despite the poison, and let you in to protect her family.

“How can we survive if we don’t trust each other?” Jin wonders aloud.

This game is rated "M" for mature audiences over the age of 17 by the Electronic Software Ratings Board for Blood and Gore, Intense Violence, Language, Partial Nudity.

Posted Dec. 7, 2020, 9:45 a.m.
By Kip Hill
kiph@spokesman.com
(509) 459-5429
Kip Hill joined The Spokesman-Review in 2013. He currently is a reporter for the City Desk, covering the marijuana industry, local politics and breaking news. He previously hosted the newspaper's podcast.