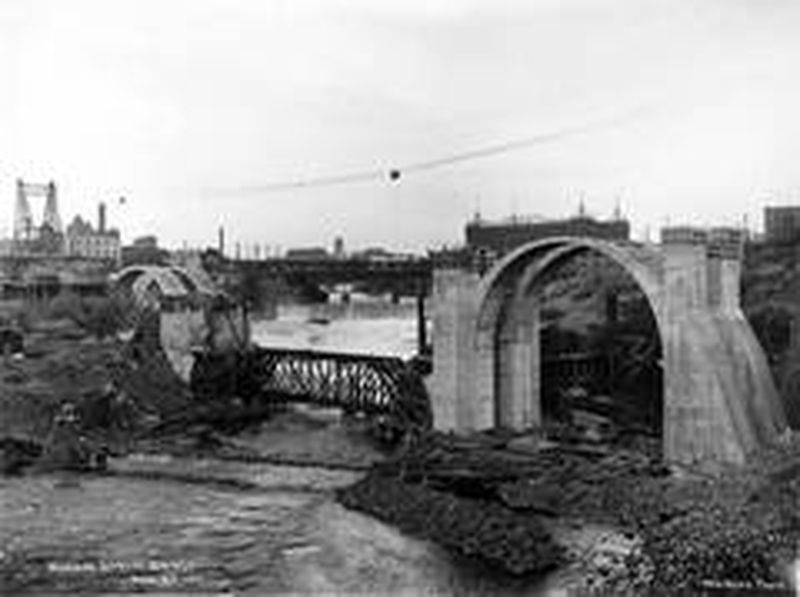 The Monroe Street Bridge is a key piece of Spokane infrastructure with 25,000 vehicle crossings per day, 650 bus crossings and multiple pedestrian and bicycle crossings. Without rehabilitation, the bridge was anticipated to be closed in five years. A study reported an $18 million dollar reconstruction would be required to extend its life by 75 years. Following a two-year design, engineering, historic review and environmental permitting process, construction commenced in January 2003.

The historic rehabilitation of the four-lane, 893 foot long, multiple concrete arch bridge called for the removal and reconstruction of the entire deck structure, spandrel arches and columns of the three main arch spans down to the existing arch ribs. To maintain the original design and appearance, the reconstruction was accomplished by cast-in-place construction.

Exacting, often dangerous efforts were required to save and restore original, historic arches, main piers and details, while reconstructing the bridge superstructure. A complex system of platforms had to be constantly re-configured below the bridge to catch debris, contain water and protect workers.

To maintain the bridges historic registry, new construction had to duplicate the existing bridge. The Monroe Street Bridge was originally built with very ornate details sculpted in concrete, including four pavilions with arched roofs and bison skulls, yes, bison skulls.

To duplicate these pavilions, computer technology was used and a complex foam-form system was utilized to duplicate the original, curved configuration. The bison heads were recreated as ‘exact as possible’ using cast concrete replicas of the original bison skull art attached to the pavilions.

The construction lasted 33 months, and the Monroe Street Bridge reopened on time and under budget with a 3-day community celebration in September 2005. 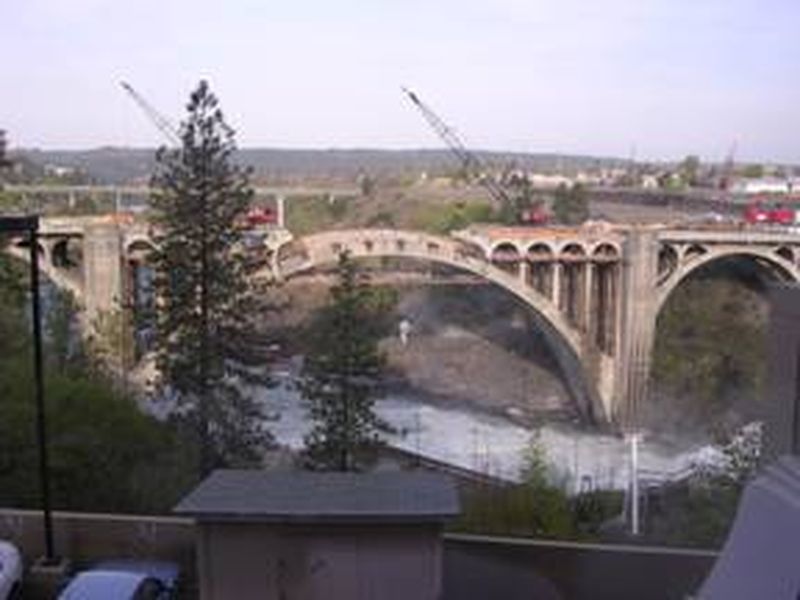 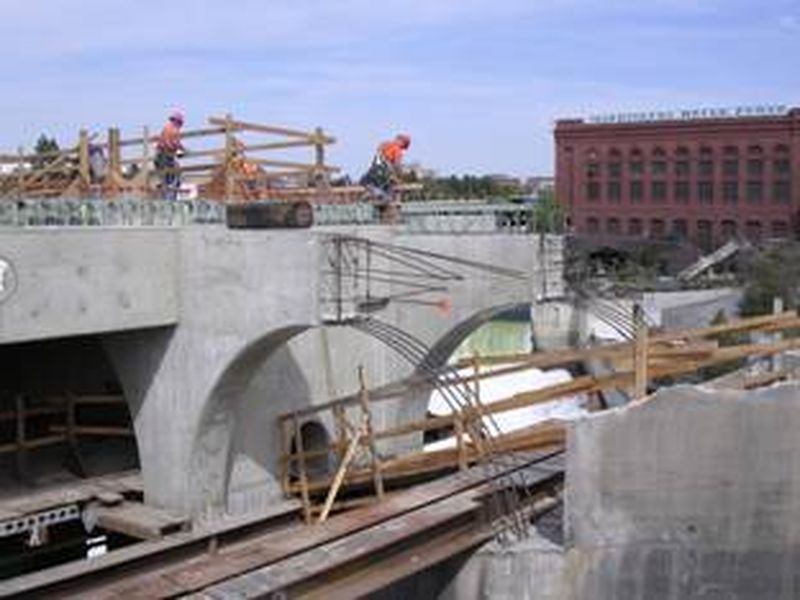 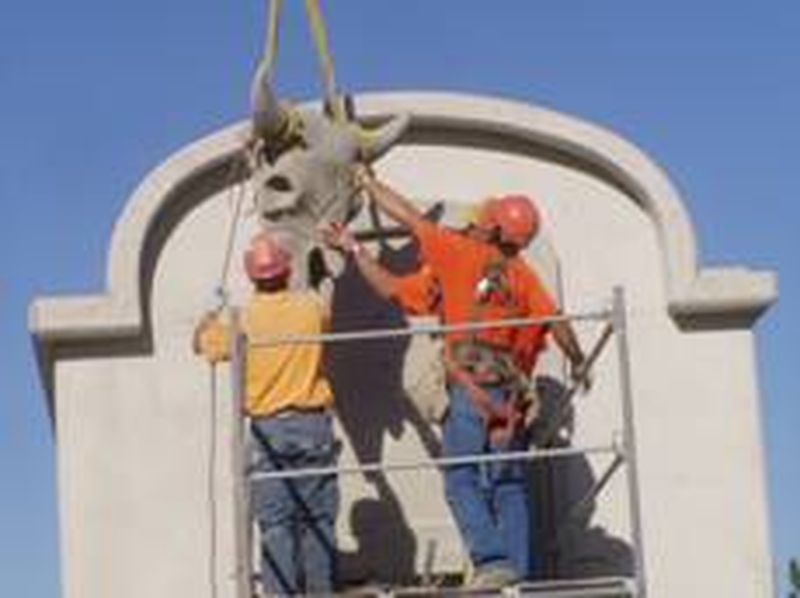 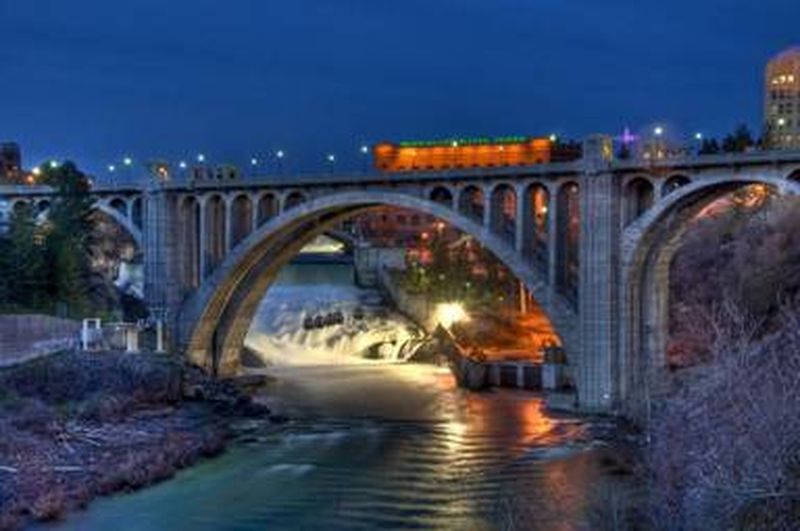 Directions to the next stop: Kendall Yards