Over several visits in 1907 and 1908, John Charles Olmsted (one of the son of Fredrick law Olmsted) and his associate, James Frederick Dawson, toured all over the city of Spokane — to the river gorge, to Manito Park, to Indian Canyon, to Corbin Park.

Those two men took notes for their report, but they did more than that. According to local historian John Fahey, Olmsted was paid an extra $50 to dispense as much verbal advice as he could give. Olmsted and Dawson went back to their offices in Brookline, Massachusetts and prepared a comprehensive report for what today seems an absurdly low price of $1,000.

The report began by expressing the basics of the Olmsted philosophy, which included several themes that are evident in Spokane today. First, they believed that every home, from humble to grand, should be within easy walking distance of a neighborhood park. Second, they believed that the more parks, the better. The Olmsteds believed that “city life … has a decidedly depressing effect on the general health and stamina” (Olmsted). The city dweller has to put up with noise, factories, crowds and constant bustle. “Even to the well, this is tiring to the nerves,” said the report. “But to those who are delicate, it often becomes a torture. After all, it is to those whose nerves are tired — and they are a large proportion of the dwellers in a city — that the parks are most immediately beneficial” (Olmsted). They also believed that a great deal of parkland should be left natural and undeveloped, especially large parks on the edges of the city. The report said that large “reservations of country scenery” become more and more necessary as cities grow. Large, natural parks “offer inducements for the people to walk reasonable distances amid agreeable, nerve-resting surroundings” (Olmsted).

Today, Spokane holds huge swaths of parkland that are essentially wild, including a large swath of undeveloped land along the Spokane River just downstream from the City central business district.

The Olmsted Report had many specific recommendations, including four new, large parks including the Great Gorge Park: Covering the banks of the Spokane River downstream from the falls all the way to the Natatorium Park site, at the approximate spot where Boone Street would intersect the river. The Olmsteds recognized early that this gorge “is a tremendous feature of the landscape and one which is rarer in a large city than river, lake, bay or mountain” (Olmsted).

Since that Olmsted Report, the Spokane Parks Board, to its credit, has acquired most of the land that makes up the Olmsted brothers vision of the Great Gorge Park.

In 2004, the Spokane community completed the Great Spokane River Gorge Mater Plan which intends to activate the Olmsted vision including both sides of the Spokane River from the Lower Falls to the confluence of Latah Creek, including High Bridge Park. Through a series of 15 projects, the Plan provides a compelling opportunity to stimulate public and private investment to activate the Spokane River corridor (i.e. trail connections to neighborhoods, a white water park, boat launches, interpretive and historic markers, increased safety and supporting commercial investment, etc…) creating a dramatic 400-acre amenity. This amenity will increase property values, drive new investment and stimulate neighborhood business opportunities tailored to these river and gorge experience. 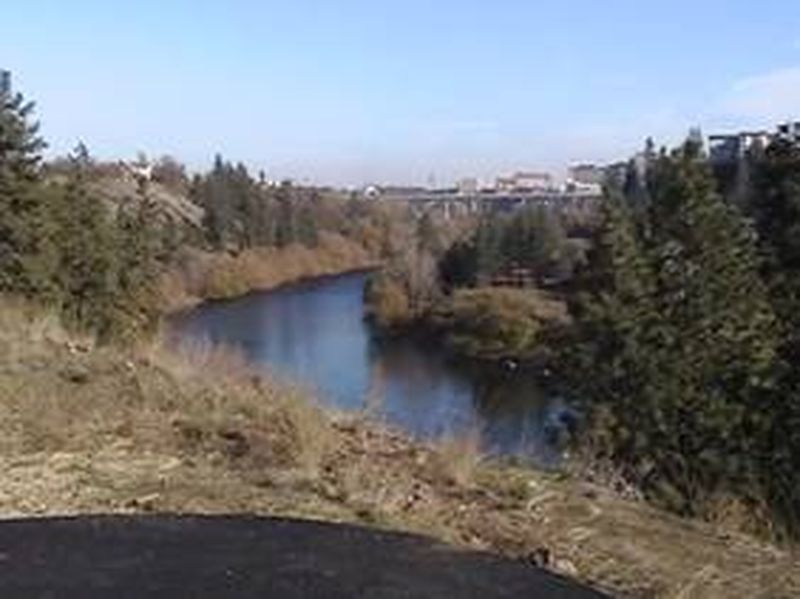 Directions to the next stop: White Water Park