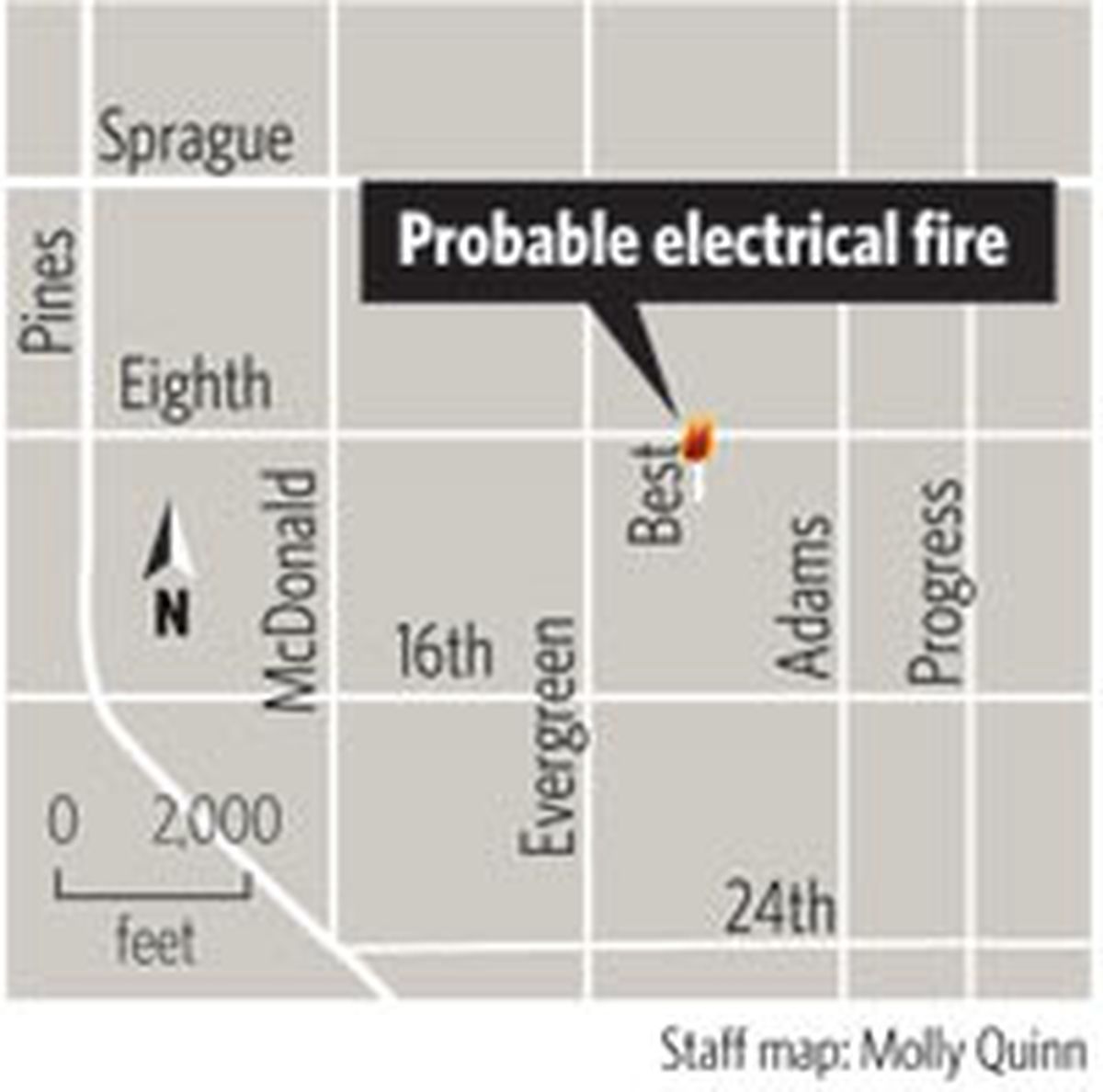 A Spokane Valley man saved his two small children from his burning home early this morning after being awakened by a fire that officials said was probably caused by an electrical malfunction. Jeremy Ovak, 814 S. Best Road, reportedly pulled out his 2-year-old daughter, 4-year-old son and the family dog from the 1:30 a.m. fire that became very hot and smoky before firefighters could extinguish it. “The chances of them getting out of that fire were pretty slim if he didn’t get them out,” said Bill Clifford, spokesman for the Spokane Valley Fire Department. Ovak was taken to Valley Hospital and Medical Center for treatment of smoke inhalation and later released, said neighbor Clara Woodruff. She said Ovak grew up in the home and has physical limitations that make the rescue even more remarkable. “He’s one of the nicest men you would want to meet,” Woodruff said. Firefighters said the fire started at an outlet in Ovak’s bedroom while he and the children were asleep. It took firefighters about 20 minutes to extinguish the blaze. Damage to the home was estimated at $50,000. Ovak’s wife, Danielle, arrived home from her job while firefighters were working on the incident, officials said. “I’m so sorry to see something like that happen to them,” said Woodruff, who added that Ovak told her the home is insured. The American Red Cross is assisting the family.