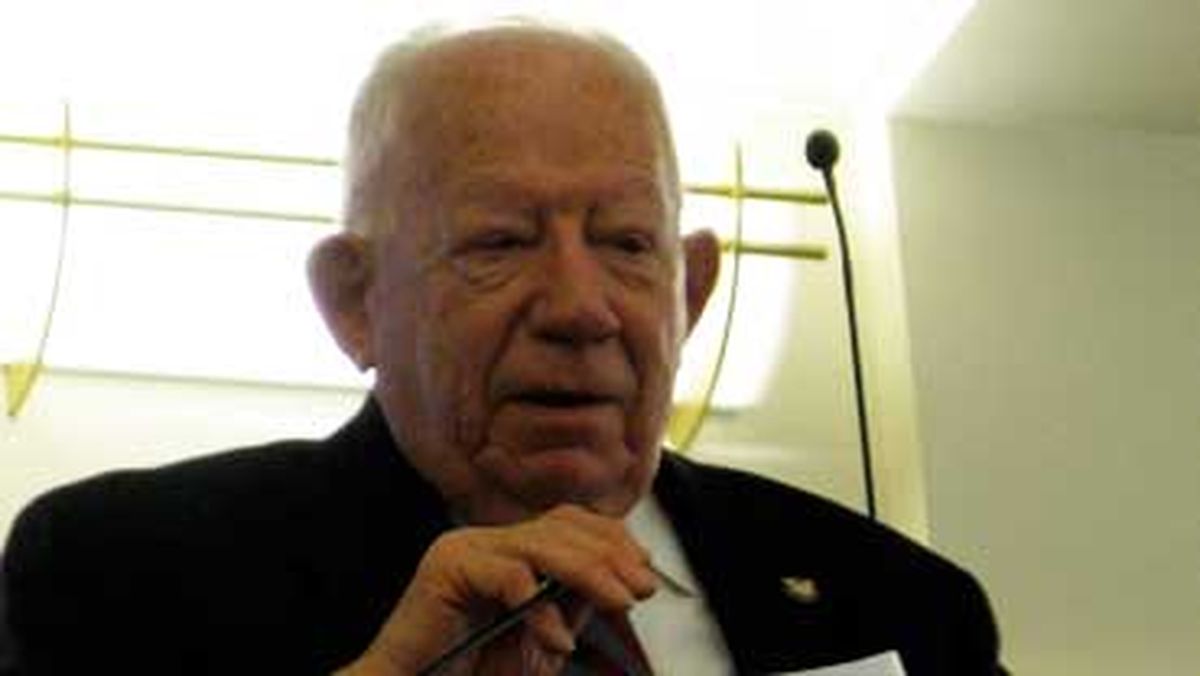 Rep. Frank Henderson, R-Post Falls - debated in favor: "They have to do what they say they will do ... if they want us to approve the money," under an executive order signed by Gov. Butch Otter regarding the Idaho Transportation Department. "He has ordered things that need to be done, and he has done it with appropriate urgency." 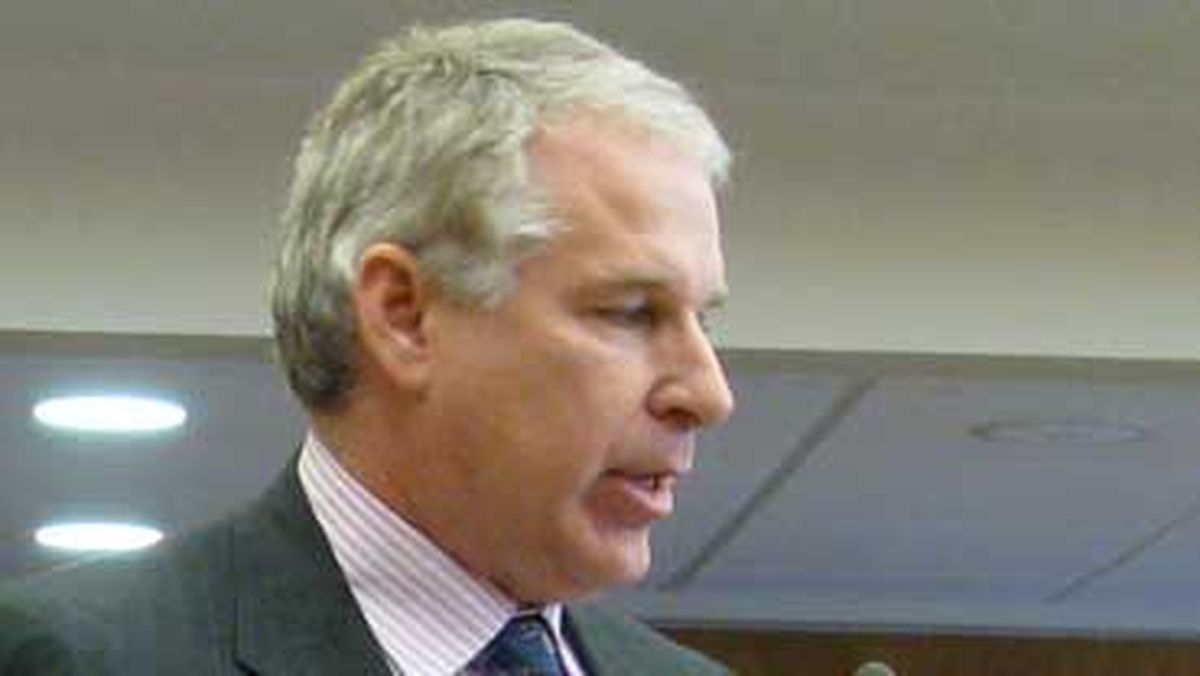 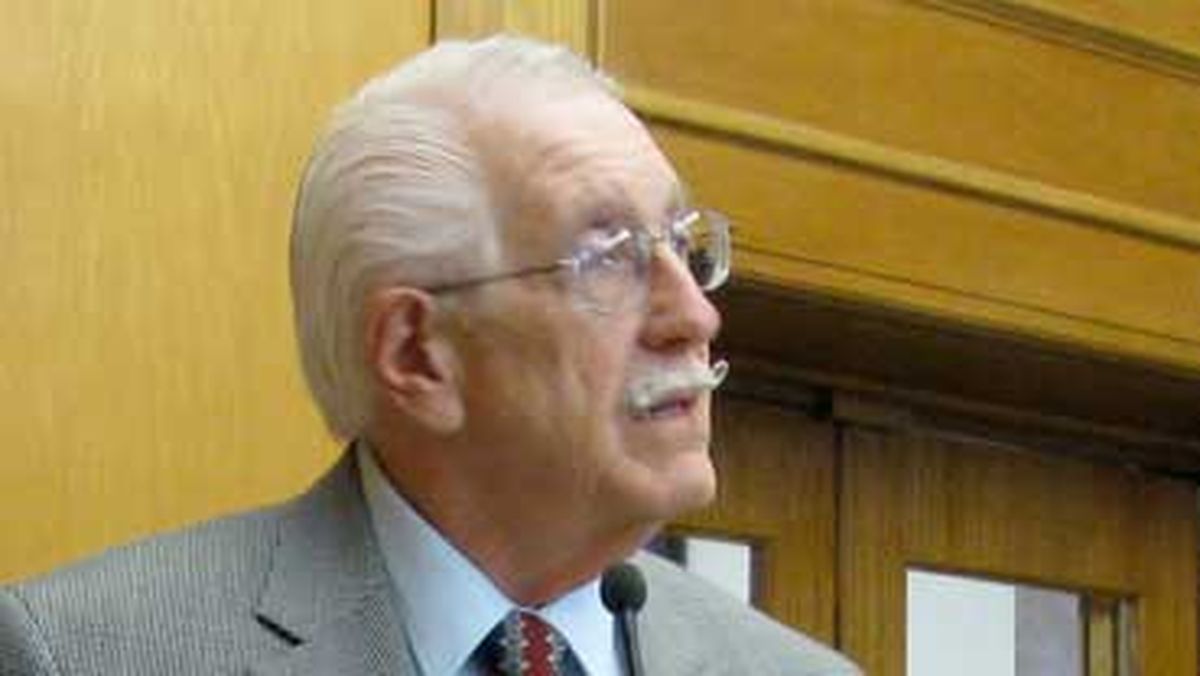 Rep. George Eskridge, R-Dover - debated in favor: "Our citizens in this state want a safe road system. ... I have schoolchildren on the road three and four hours a day riding school buses to school. ... It is above all else a safety issue." 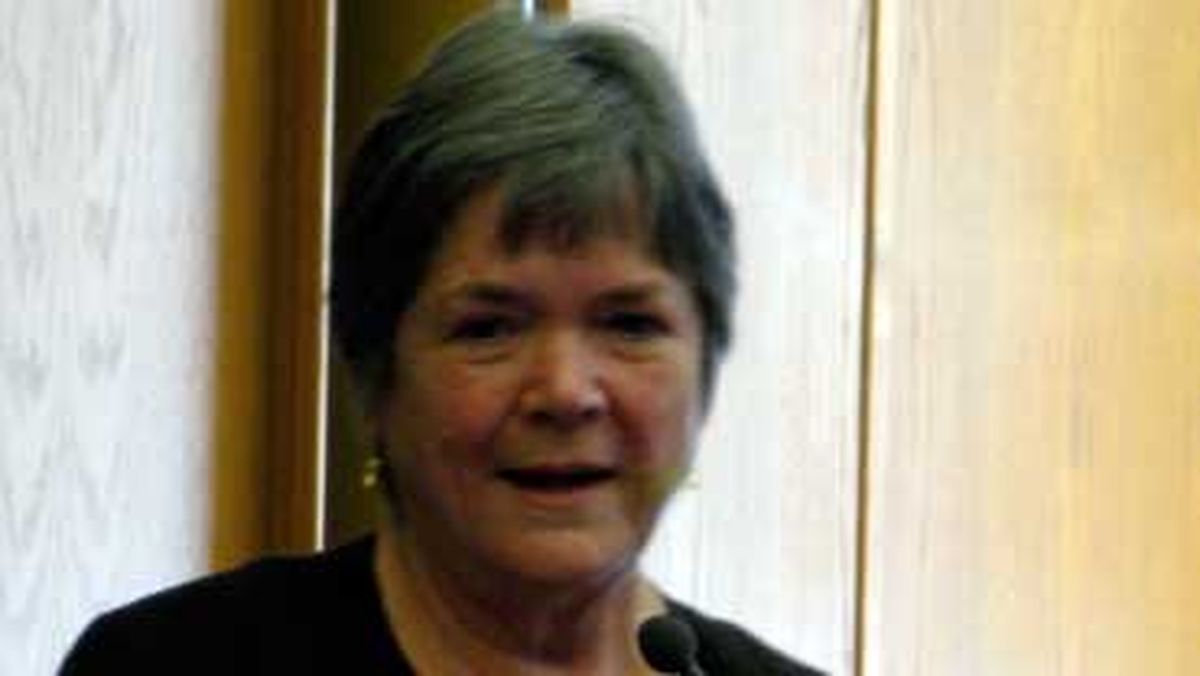 Rep. Shirley Ringo, D-Moscow - debated in favor: "I'm going to support this because I see a need for it, but if we end this session without also investing in our human infrastructure, I think it will be a great failure." She called for avoiding cuts in education funding. 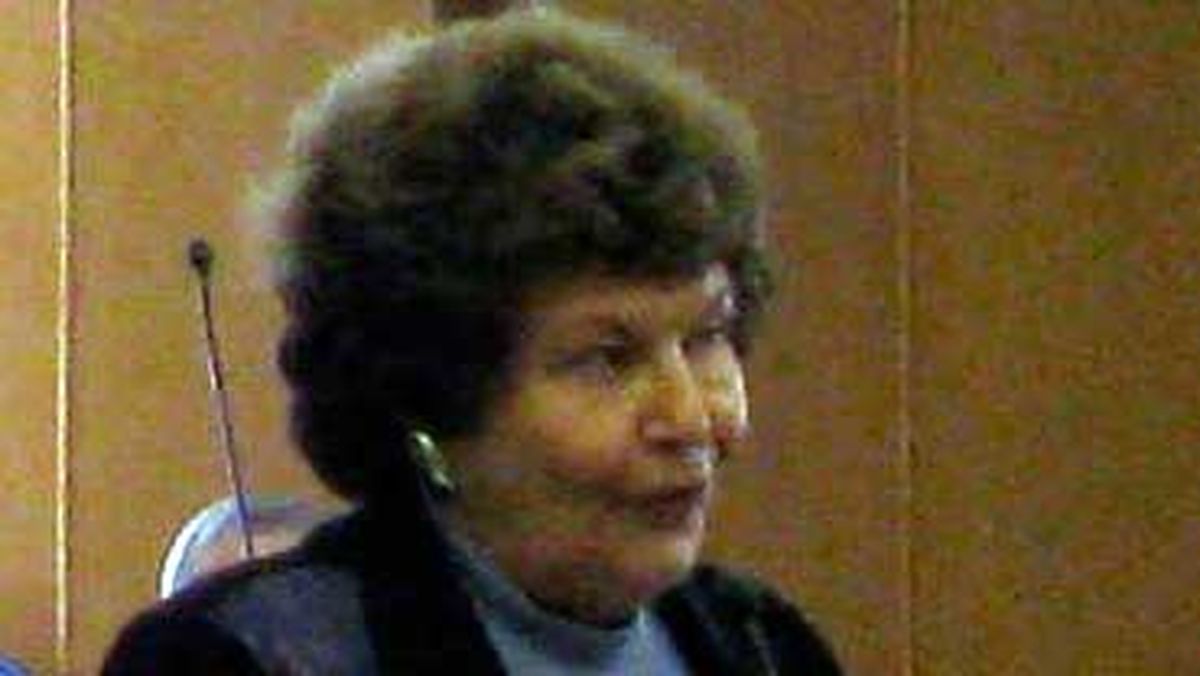 Rep. Marge Chadderdon, R-Coeur d'Alene - debated in favor: "I happen to have three (highway districts) in my legislative district. ... I'm standing in support of this bill because someone needs to speak for our highway districts also." 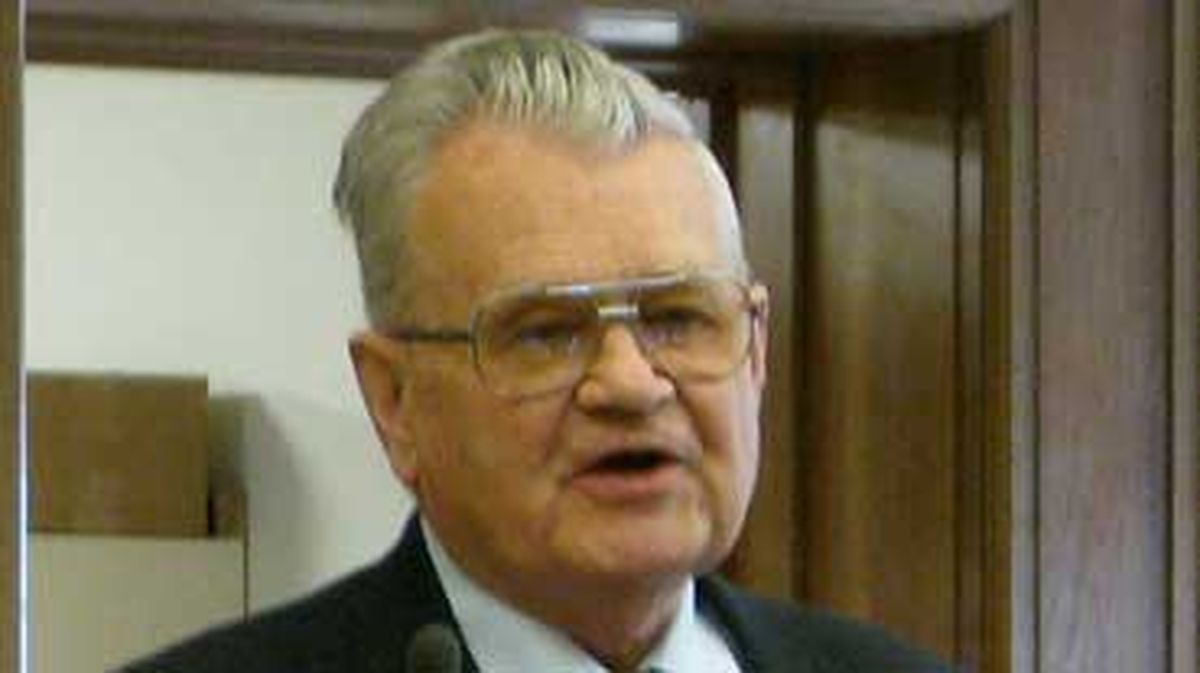 Rep. Tom Trail, R-Moscow - debated in favor: "While it's extremely difficult ... I will support the bill. ... We really do need to get those roads shaped up and create some jobs." 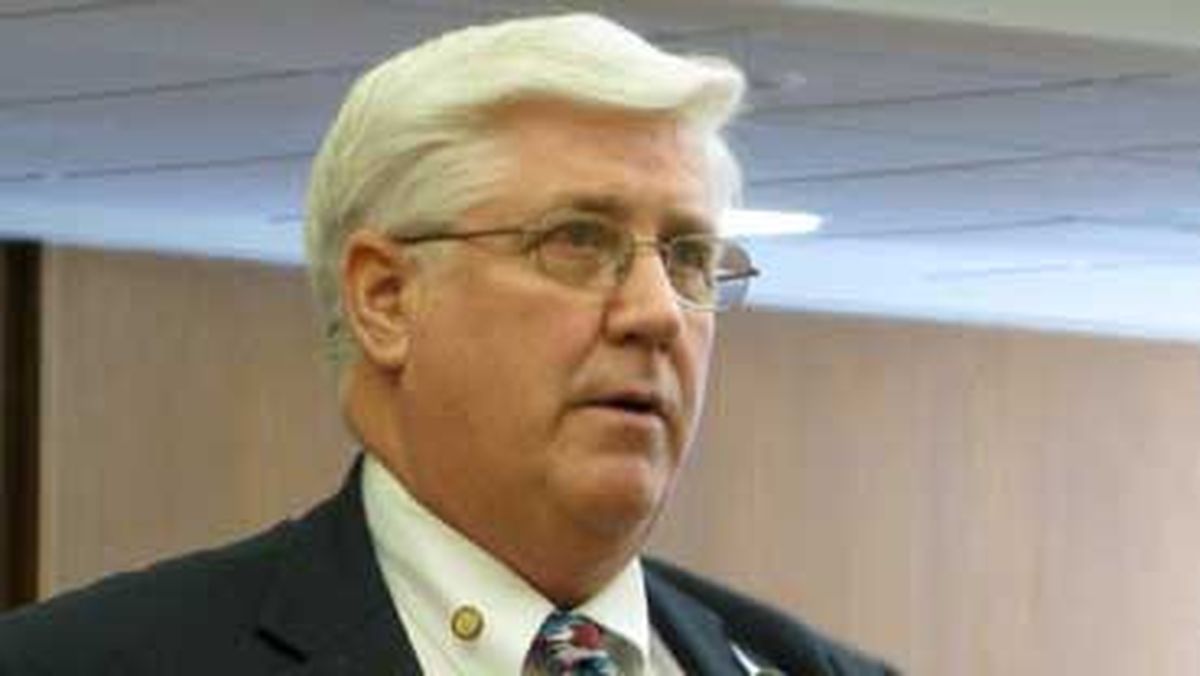 Rep. Dick Harwood, R-St. Maries - debated against: "It's tough for me to kick somebody with a tax when they're already down. ... To me, they (the Idaho Transportation Department) are not being frugal with their money, and I think throwing more money at the problem doesn't always solve the problem."

BOISE - The Idaho House has killed Gov. Butch Otter’s legislation to raise the state’s gax tax to fund more road work, dealing the governor a surprisingly strong 27-43 defeat. Otter immediately declared that he’s “not giving up,” and stunned backers said they hoped the governor will be able to come up with some kind of plan that will clear the House. “I’ll continue to work with the governor’s office to see if there’s another proposal that would be acceptable, because the problem is not going to go away,” said Rep. Ken Roberts, R-Donnelly. “We’re still at a funding crisis in transportation here in Idaho.” The bill, HB 246, called for a modest increase in Idaho’s 25-cent per gallon gas tax of three cents next year, and two more cents in each of the two following years, for a total of 7 cents. It would have raised about $61 million more for road work once it was fully phased in. “I was surprised - I thought it’d be really close,” said Rep. George Eskridge, R-Dover, who was undecided on the eve of the vote but decided to support the measure. He told the House that North Idaho roads need to be cleared of snow in bad weather, the kind of basic maintenance that’s slipping due to lack of funding. “It is above all else a safety issue,” Eskridge declared. Rep. Raul Labrador, R-Eagle, said he’s heard from people in the construction business who would benefit, but the rest of his constituents don’t want their taxes raised. “It’s actually never the right time to raise taxes, but especially at this time when our constituents are struggling,” he said. Rep. Lenore Hardy Barrett, R-Challis, said, “I oppose a tax hike, not in any amount and not for any reason.” North Idaho House members split down the middle on the bill. Those voting in favor were Reps. Eric Anderson, R-Priest Lake; Marge Chadderdon, R-Coeur d’Alene; Eskridge; Frank Henderson, R-Post Falls; Shirley Ringo, D-Moscow; and Tom Trail, R-Moscow. Those voting against were Reps. Jim Clark, R-Hayden Lake; Phil Hart, R-Athol; Dick Harwood, R-St. Maries; Bob Nonini, R-Coeur d’Alene; George Sayler, D-Coeur d’Alene; and Mary Lou Shepherd, D-Prichard. Said Harwood, “I figured it was pretty sure it was going to go down, but I didn’t think it would go that bad.” Harwood told the House unemployment is too high in his North Idaho district for a tax increase. “It’s tough for me to kick somebody with a tax when they’re already down,” he said. He also said he distrusted the Idaho Transportation Department. “To me, Mr. Speaker, they’re not being frugal with their money, and I think throwing more money at the problem doesn’t always solve the problem.” Henderson argued strongly in favor of the bill, saying an executive order Otter issued on the eve of the vote promises far more accountability from ITD than lawmakers ever have had before. “If they don’t do what they said they would do, they can’t request spending authority,” Henderson said. “It’s significant.” House Assistant Majority Leader Scott Bedke, R-Oakley, told the House, “We in Idaho don’t raise taxes lightly.” House Speaker Lawerence Denney said after the vote that he thought the gas tax bill had stood a better chance in the House than Otter’s other main transportation funding proposal, a car registration fee increase, but added, “I could be wrong.” The House Transportation Committee will hold a hearing next week on the latest version of the registration fee bill, after an earlier one was withdrawn due to a math error.