About a dozen people gathered Thursday at the corner of Washington Street and Riverside Avenue for an anti-torture rally, urging punishment for two Spokane psychologists said to be key developers of the CIA’s interrogation program.

Organized by the Peace and Justice Action League of Spokane, the protesters waved signs outside the American Legion Building, where psychologists Bruce Jessen and James Mitchell lease space on the third floor.

PJALS organized a similar protest in 2007, after The Spokesman-Review and three national magazines reported that the Spokane-based psychologists’ work for the CIA was under investigation by the Senate Armed Services Committee.

Beginning in 2002, the CIA hired Mitchell and Jessen to train interrogators in techniques including waterboarding, sleep deprivation and pain. 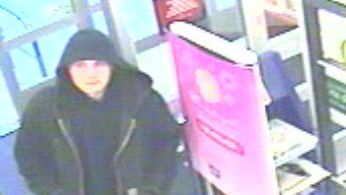 Detectives have released a surveillance photo of a man they say was talked out of robbing a Walgreens by an employee last week.

The photo shows a young man in a dark hooded jacket and blue jeans entering the drugstore at 7905 N. Division St. about 8 p.m. on May 13.

The man handed the employee a note demanding drugs but wadded it up and walked out of the store after the employee asked him “if he really wanted to go through with the robbery,” according to the Spokane County Sheriff’s Office.

The man is described as white, between 20 and 30 years old, 5-foot-8 and 175 pounds. He speaks with a Russian or Eastern European accent and has a star or cross tattooed on his left cheek beneath his eye, the Sheriff’s Office said.

The Washington Department of Social and Health Services announced on Thursday a plan of action to correct problems at its Colville office of the Division of Children and Family Services identified in two recent reports.

Those steps include mediation with the Stevens County Court Appointed Special Advocate office.

DSHS already has appointed a new administrator of the Colville office, Kris Randall.

“We are taking action immediately to improve the practice of the Colville office and reaching out to community partners to better serve the children and families in the area,” interim Assistant Secretary Randy Hart said in a news release.

The action plan comes in response to findings by the Office of the Family and Children’s Ombudsman and by DSHS that there is “an environment of mistrust” of the Colville office, which serves Stevens, Ferry and Pend Oreille counties.

The commander of the Northwest Montana Drug Task Force, Russ Papke, says the bust “made a significant impact on methamphetamine availability” in the Flathead Valley.

All pleaded guilty on May 15 to conspiracy to distribute methamphetamine.

A sixth man, 25-year-old Christopher Fraleigh of Kalispell, pleaded guilty in April to the same charge. 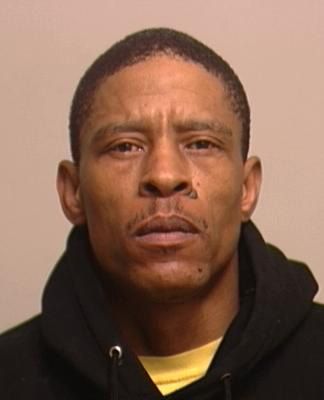 Crime Stoppers of the Inland Northwest is offering a cash reward for information that leads to the arrest of a 42-year-old man wanted for his alleged role in a Spokane home invasion robbery.

Gilmore is also wanted on a charge of possession of a controlled substance.

Anyone with information regarding Gilmore’s whereabouts is asked to call (800) 222-TIPS or to www.crimestoppers inlandnorthwest.org.

Tipsters do not have to leave their name to be eligible for the reward, but should leave a code name or number.