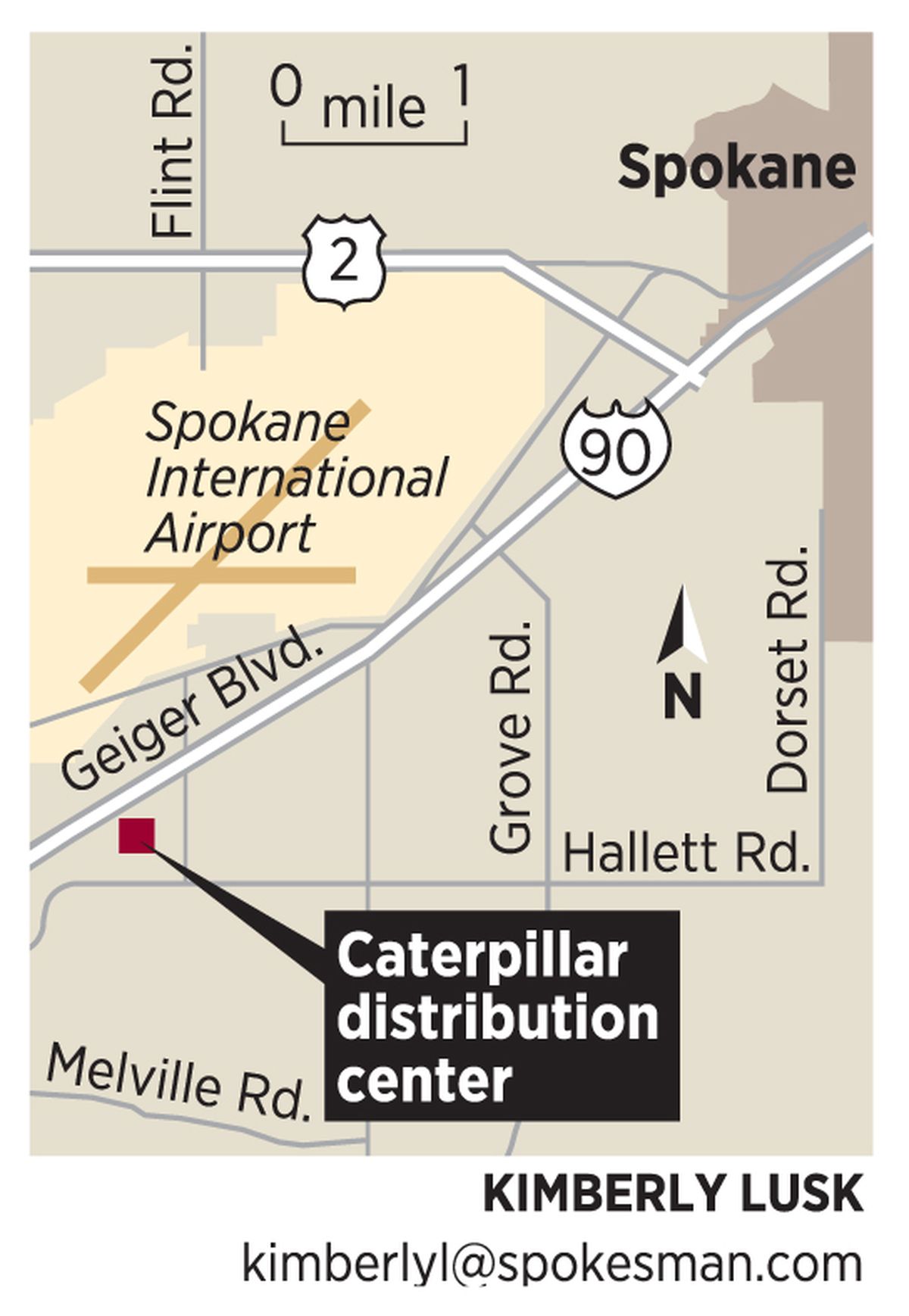 The Caterpillar heavy equipment company announced Thursday that it will open a half-million-square-foot distribution center in Spokane County that will employ 100 to 150.

The center is expected to open late next year on the West Plains, replacing a 125,000-square-foot facility that employs about 11 people in Spokane Valley.

Caterpillar spokeswoman Bridget Young said the new distribution center probably won’t begin hiring until next year. Most of the workforce will be blue-collar “warehouse associates.”

Young said wages and benefits for the nonunion jobs will be determined by a survey of the local labor market.

Spokane County Building Director Randy Vissia said his staff has been fielding questions from five large contractors that are vying to build a $37.2 million, 585,000-square-foot structure.

Although the potential prime contractors are from other parts of the country, Vissia said several local contractors have been approached about subcontractor roles.

Young said Caterpillar Logistics Services, the subsidiary that will operate the center, expects construction to start late this summer.

She said the Spokane distribution center is the third in a shift by Caterpillar to bigger facilities that serve larger regions with more efficiency and flexibility.

Young said the Spokane center likely will serve overseas customers as well as “a large portion of that region of North America.”

Highway and airport access were important in the site selection, Young said.

Gov. Chris Gregoire joined local officials in hailing what Greater Spokane Inc., described as a gain in prestige as well as jobs.

Landing a major project by a Fortune 100 company “confirms Spokane’s place as the business hub of the Inland Northwest,” according to the Greater Spokane business organization.

Gregoire said the Caterpillar center will be good for “the entire state of Washington as we move toward a full economic recovery.”

She said the state offered $235,000 of indirect assistance to help clinch the deal.

“I thank Caterpillar for their confidence in Washington state, and pledge to work with the company to ensure future success,” Gregoire said.

The state provided $135,000 to cover Greater Spokane’s recruitment costs and $100,000 to train workers for the Caterpillar jobs.

Caterpillar also may benefit from a tax-increment financing district. Spokane County established the district in 2006 to encourage industrial development on a 72.2-acre tract that includes the Caterpillar site.

Marshall Farnell, the county’s chief executive officer, said the tax-increment financing district has generated only about $62,000, but that will change dramatically when construction increases property values.

Tax-increment districts temporarily divert property tax revenue from new construction to pay for public infrastructure such as roads and utilities.

“This is one of the biggest home runs that I’ve been involved with from a recruitment standpoint,” Farnell said. “It’s something that we’re really proud of, that we’ve been able to play a small part in this whole thing.”

County officials moved swiftly to clear a deal-breaking obstacle when they learned earlier this year that an unnamed company was interested in building a large warehouse on the West Plains.

A site-selection company advised that the building would have to be about 48 feet tall to accommodate automatic storage and retrieval equipment, but county zoning regulations allowed only 40 feet.

Commissioners raised the limit to 60 feet after consulting their Planning Commission and managers at nearby Spokane International Airport.

“We’re very excited about it,” County Commission Chairman Al French said of the Caterpillar announcement. “We’ve landed the first of what we hope will be many.”

Commissioner Mark Richard said he learned Hayden was among the locations Caterpillar considered.

“I think they were the final head-to-head competitor,” Richard said.

He said Idaho can offer much better financial incentives, but Spokane apparently had the advantage of being closer to Western Washington. Caterpillar truck drivers can more easily make a round trip in one shift, Richard said.

Mayor Mary Verner said Spokane was “proud to partner on this project as the provider of water and sewer service.”

The site near the Medical Lake interchange on Interstate 90 is ready for development. It is in a light industrial zone and an urban growth area.

Information was not immediately available on the size or cost of the Caterpillar site, but it will come from a 72.2-acre parcel, owned by RCS Development Partnership, that the county assessor values at slightly more than $1 million.

The parcel is assessed at $9,810 under a tax-deferral program for agricultural land. The program requires back taxes to be paid when the use changes.