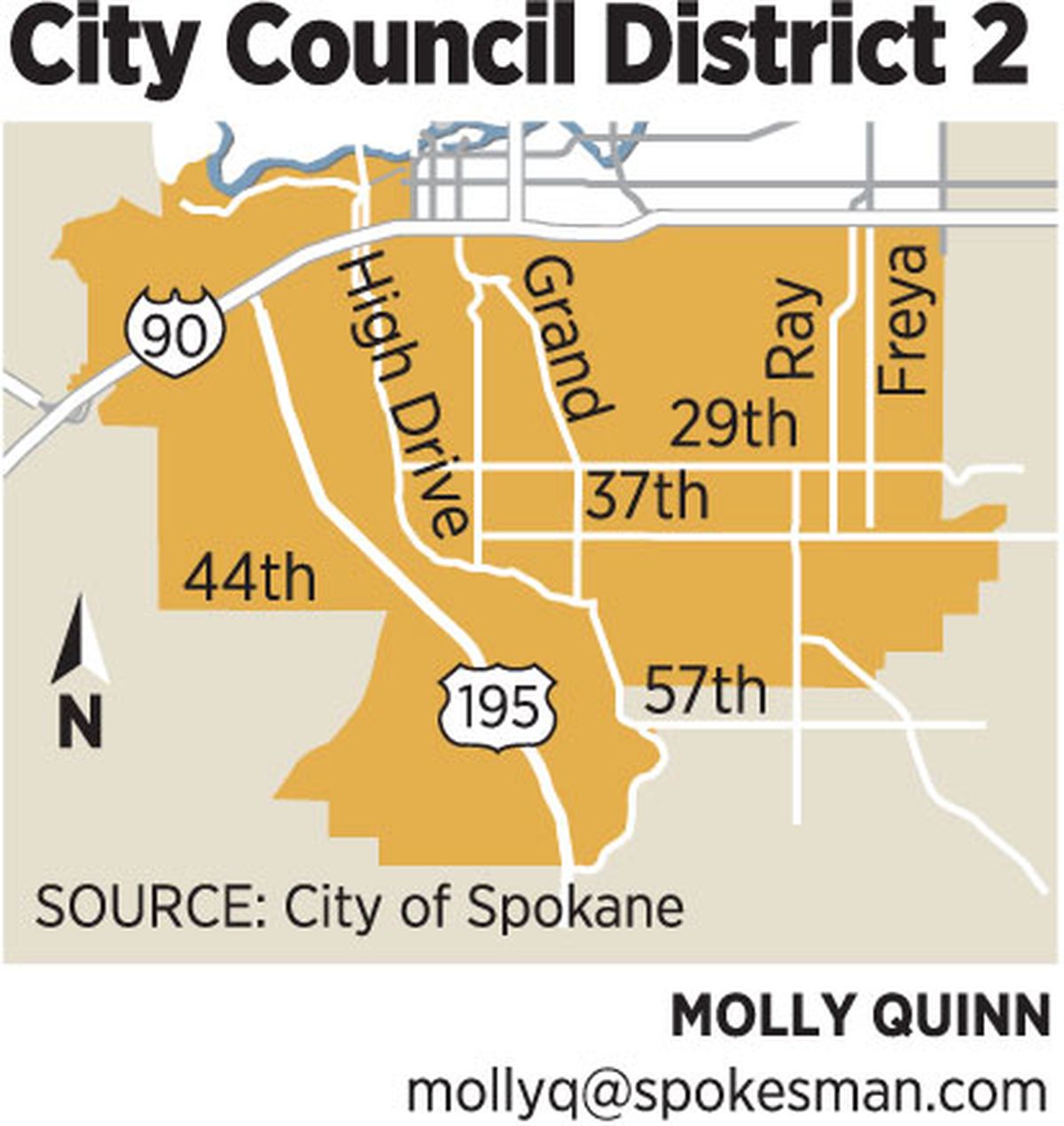 As a member of the Spokane City Council, Richard Rush hasn’t been afraid of controversy.

He led the charge to create the city’s new controversial water rates, and while others are backpedaling, Rush has stood firm. He says reverting to a flatter rate structure proposed by critics likely would mean most water customers will be forced to pay more.

Like nearly anyone who runs for city office, Rush is steadfastly opposed to the creation of a local business and occupation tax, but he recently floated an idea nearly unheard of among politicians in this state: creation of a city income tax to allow the city to fully repeal utility taxes on garbage, sewer and water.

That proposal is probably a long shot since it would first need state Legislature approval, but it’s an example of Rush’s willingness to challenge the status quo.

His opponent, Mike Allen, has seized on what he sees as a troubling pattern.

Allen criticizes Rush’s support for the $20 vehicle tab tax this year for street maintenance, his advocacy for a parking lot tax earlier in his tenure to fund downtown improvements as well as his recent discussion of an income tax. He calls Rush’s idea about an income tax “ludicrous.”

“He has focused on increasing our taxes every year he’s been in office,” Allen said. At a debate that will air tonight on KSPS, Rush called Allen’s criticism a “Santa Claus platform” that ignores the city’s deteriorated budget resulting from the economic downturn at the same time the public demands quality police, fire, park and library services.

He adds that much of his focus around rates and taxes isn’t about driving more revenue, but shifting where it comes from. In the last decade, the share of the city budget funded by utility taxes has overtaken what is funded by property and sales taxes. Rush said that since city utility taxes are the same rate on all payers, they are a bigger burden on the poor and those on fixed incomes.

“Those people don’t have anything to spend,” Rush said. “Those with disposable income do, and we need to reorient the taxing structure so that we have the ability to get us sufficient revenues to have the city meet its expenses.”

But Allen says there’s much more to the city’s budget woes than the slowdown in the economy. He points to union contracts, some of which he voted against and Rush voted for when they were both on the council. He promises to push the city to publish “performance measurements” so the public can better decide how well the city is doing its job and if more revenue is needed.

“We need people in office who are going to hold the city responsible for the dollars they are getting currently,” Allen said.

Allen argues that savings some city utility customers get this year through the new water rates will quickly erode as higher users cut back and force the city to raise rates. He points to the council’s vote in September to increase consumption fees by 16 percent.

Early in his term, he amended a standard update in the city’s prostitution ordinance to add protections for anyone forced into prostitution by human traffickers. Also early on, Rush successfully amended the city’s contract with its animal control provider, SpokAnimal C.A.R.E., to prevent the agency from reverting to its former practice of selling euthanized animals to a rendering plant.

Verner and Rush were on different sides in the decisions to add a bike lane to Second Avenue downtown, repeal the ombudsman law, tear down the former YMCA in Riverfront Park and increase water rates for 2012 in a way that placed more of the burden on higher water users.

When federal prosecutors announced in 2009 that a Spokane police officer would face criminal charges in connection to the death of Otto Zehm, Rush was the only elected leader who chose to attend. He said afterward that he wanted to hear the charges without the “filter” of the city attorney’s office. Rush’s willingness to question city attorneys also is evident in his refusal to accept a pay raise. He is the only council member who declined a pay raise from $18,000 to $30,000, which was approved by the city’s Salary Review Commission starting for 2009. Rush said he disagreed that incumbents could accept the raise, pointing to the City Charter which said pay raises for council members “shall not be applicable to the term then being served by the incumbent.”