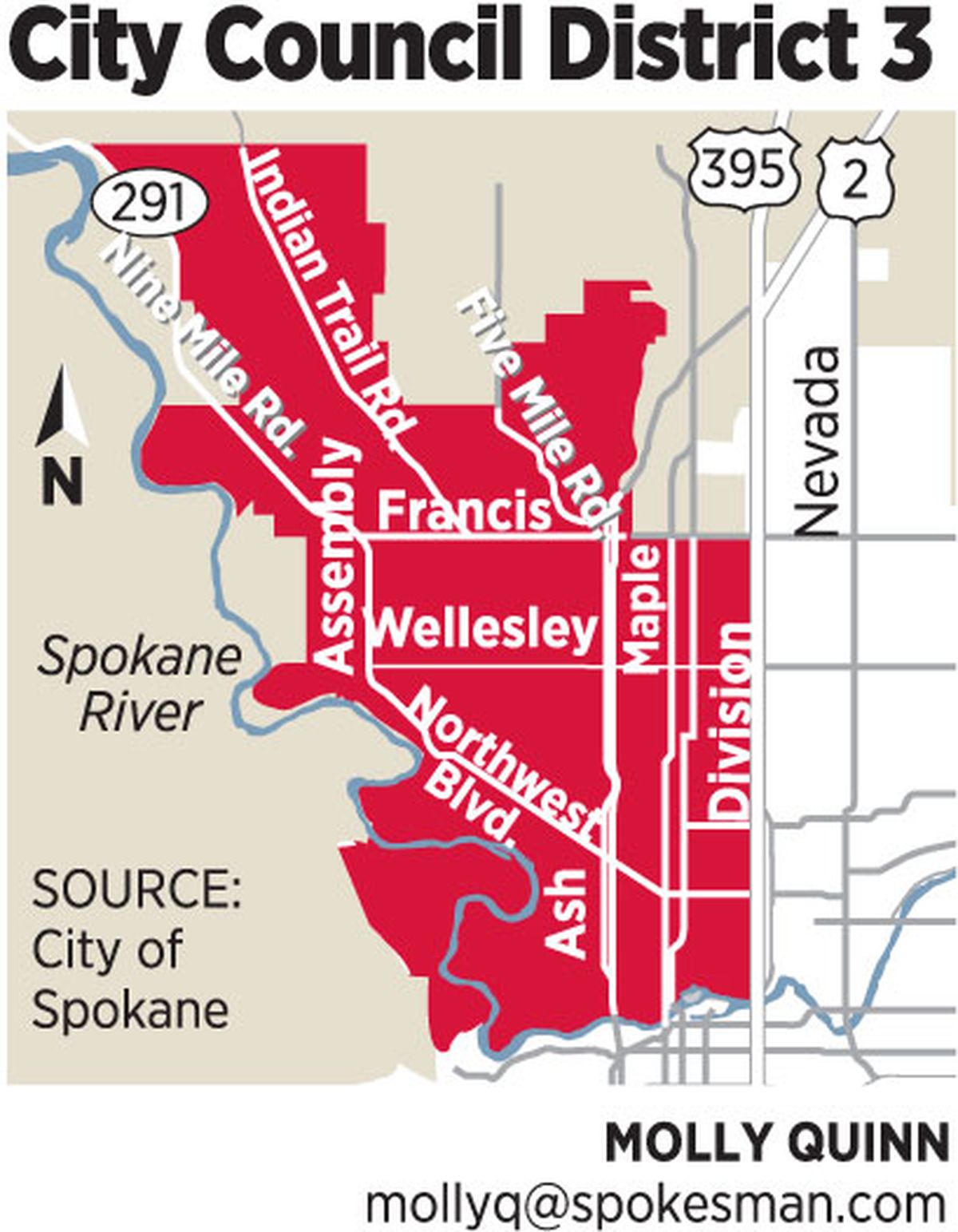 Joy Jones, 34, manager of a program that helps children who have a parent in prison

The race to represent Northwest Spokane has turned into one about priorities.

Is the top priority jobs, as Steve Salvatori argues, or is jobs one of many priorities, as Joy Jones says?

Salvatori, a consumer products broker who opened the Spokane Entrepreneurial Center in 2007, says the overwhelming issue facing the city is the need for more jobs and to boost the economy.

“The reason I’m running is because I think our top priority has to be jobs,” Salvatori said at a recent debate that aired on KSPS.

His opponent, Joy Jones, who runs a program that assists children who have a parent in prison, says improving the climate for small businesses and jobs is important but adds: “I don’t think that’s the only issue that we have to deal with right now.”

“The biggest issue I keep hearing about is public safety,” Jones said, adding that one of her priorities would be to push for a neighborhood policing system.

The winner will earn $30,000 a year plus benefits over a four-year term and will replace Councilman Steve Corker, who opted to run for City Council president but lost his bid in the primary.

Salvatori gained fame last year when he ran as a Republican for Spokane County Commission and introduced himself to the community with large campaign signs with his head-to-foot picture. He lost in last year’s primary but quickly transitioned into a campaign for city office.

He’s relatively new to town, having moved to Spokane about five years ago, but he’s quickly become involved in community affairs, including his work opening the entrepreneurial center. He’s involved in Greater Spokane Incorporated – the region’s chamber of commerce – and is on the board of the Spokane Public Market. He started Salvatori-Scott, which is based in Pleasanton, Calif., in 1987. The company works with makers of nonprescription health and beauty items to get their products shelf space within retail stores.

“I hope that that experience will have a deeper impact on you than just a phrase, ‘I’m for jobs.’ I know it’s an election season and you’re going to hear that a lot,” he said.

Jones, who is endorsed by the Spokane County Democratic Party, is new to politics and announced her run for the seat late in the campaign timeline. Soon after she filed, another candidate, Karen Kearney, dropped out and endorsed Jones.

With only Salvatori and Jones in the race, both automatically advanced to the Nov. 8 general election without appearing on the August primary ballot.

Jones points to her time as a student when she worked with neighborhood businesses for Eastern Washington University’s Center for Entrepreneurial Activities, her urban planning degree and work for a nonprofit focused on children.

“I have a great combination of background and experience, and I grew up in Spokane, so I know our district and I know what we value here in Spokane,” Jones said in an interview.

There’s been much more debated by the two than jobs and police.

Both say they are unlikely to vote for a Spokane Police Guild contract unless it includes independent oversight by the police ombudsman, which was recently repealed by the City Council as a result of an arbitrator’s decision. Both say the city’s business permitting process needs to be simplified. Both support the $20 vehicle tab fee to better maintain streets.

Salvatori, however, criticizes many other fee and tax increase decisions and proposals made by the City Council. For instance, he opposes the City Council decision last year that nearly doubled base rates on city business licenses.

Jones said the increase was reasonable considering it was the first bump in the business license rate for more than a decade.

While his top priority is jobs, Salvatori said his first action as a councilman would be to push for the repeal of water rate increases approved this year and the water rate structure that’s proven controversial. Those kinds of rate increases, he said, hurt small businesses.

Both say the city should move forward on projects aimed at improving sewage treatment and prevent the dumping of raw sewage into the Spokane River during rain. But Salvatori has suggested several alternative projects that he said would be much cheaper and could keep rate increases closer to 5 percent instead of more than 10 percent, as projections suggest.

Jones promises to be a voice for thinking about the long-term health of the city.

“I want my children to inherit a city that is well run and well managed,” Jones said.

Salvatori said the council needs an advocate who better understand the needs of entrepreneurs.

“I look forward to being a passionate voice on City Council for jobs and our small business community,” Salvatori said.