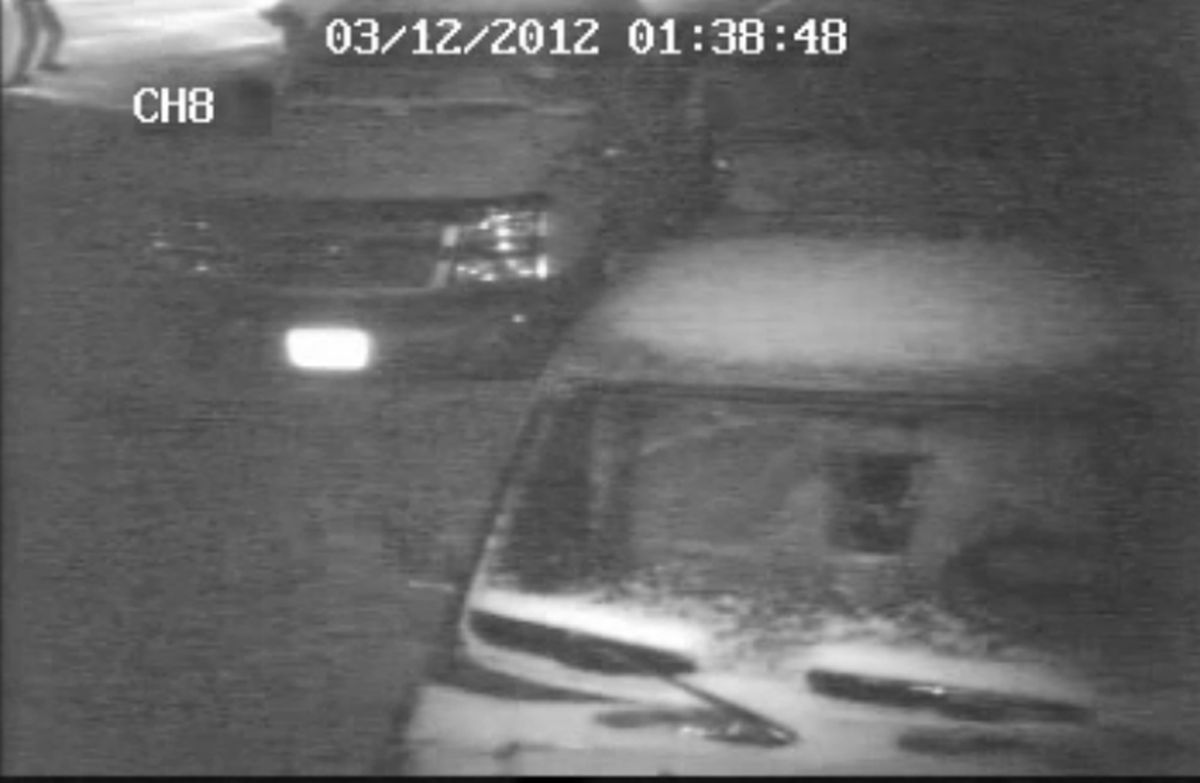 A homeowner says his surveillance video brings into question the official account of why law enforcement shot and killed a North Idaho fugitive three weeks ago, though police warn against drawing too many conclusions from the footage because it captures just a portion of the chaotic 20-minute chase and final encounter.

Video from a home in the Hayden cul-de-sac where Justin Earl Nicholas Todd, 33, was cornered by police shows a Post Falls officer apparently firing at Todd as the fleeing felon tried to drive past the officer. The officer nearly slipped on the icy road before steadying himself and firing several more shots.

“They need to justify the shooting in my cul-de-sac,” said Evans, who has posted a copy of the video to YouTube and authored a guest column critical of the shooting that was published in the Coeur d’Alene Press. “He doesn’t hit anybody,” Evans says of Todd.

Sheriff’s officials, however, say Evans’ assertions are untrue, adding that the home surveillance video shows too little of the melee to draw such sweeping conclusions. Footage from police car dash cameras show the full story and verify the official account, said Lt. Stu Miller, of the Kootenai County Sheriff’s Department.

“The video that he has is not very good,” Miller said. “It’s unfortunate that he’s basing everything he has on it.”

Miller declined to comment on details of the investigation but said the officers involved have spoken to investigators, and prosecutors will review the case to decide if charges are warranted. Video footage from the police cars, as well as the officers’ full interviews with investigators, will be made publicly available at that time, he said.

Evans’ footage was captured by one of eight surveillance videos at his home on West St. Estephe Court, where he and his wife have lived since 1991.

The video, which Evans provided to The Spokesman-Review and is available online, shows a car driven by Todd skid into view, then back up suddenly after police cruisers begin pulling up behind him. Officers get out of their cars, and one appears to fire two shots at Todd’s car before nearly falling, then fires about six more shots as Todd drives in reverse while trying to turn his car around.

“Justin Todd braked and tried to go around that guy,” Evans said.

Keys, the Idaho State Police corporal, is not visible in the home security video until after Todd is shot.

The home video shows Todd’s car stop and his body slump to the ground after police open his car door.

Evans said he was sleeping when the incident began but watched the aftermath with binoculars. He estimates the shooting happened about 80 feet from his home. Officers performed chest compressions on Todd for several minutes until medics arrived, but he was already dead.

“They sat there and cooked up this story about how this state trooper was struck by the car,” Evans said.

He questioned why police didn’t have a better plan in place for apprehending Todd, who has a history of eluding police.

“They just parked and ran around with their guns,” Evans said. “This guy’s a professional eluder – what do you expect him to do, just stop and say, ‘You got me’?”

“They do absolutely nothing but kill him,” he said.

Miller, of the Sheriff’s Department, criticized Evans for lambasting police over a “tragedy” based only on the video and said were he involved, he would consider a possible defamation claim against Evans.

“If it were me and it were just me, I’d be hard-pressed not to look at that once it’s all documented and out there,” he said.

A week before he was killed, Todd, of Coeur d’Alene, was named the North Idaho Violent Crimes Task Force’s “fugitive of the week” for a felony warrant charging him with eluding police and being a habitual offender.

An Idaho State Police trooper tried to stop Todd’s car March 12 about 2:20 a.m. after the car triggered an alert system on Interstate 90 that detects stolen vehicles and fugitives.

Keys, Ogle and Johnson joined in the chase, which lasted about 20 minutes before ending in front of Evans’ home.

Investigators said Todd’s car had recently been painted from blue to white.

They found six cans of black spray paint in the car that indicated Todd, a longtime felon, may have planned to paint it again. They also found a wig, a brass knuckles/stun gun combination weapon, a knife, three cellphones, drug paraphernalia and a police scanner.

A female passenger in the car was not injured.