Staff and wire reports
Sandpoint rock climber Ammi Midstokke, 36, battered from head to toe after a bout with a 1.5-ton granite boulder in the mountains east of Priest Lake, wasted no time being thankful to her friend and two teams of rescuers. “Bottom line- everyone is safe, I’m pretty banged up, and spending the night under a rock sucks. I’ll update more as the morphine wears off!” Midstokke posted on Facebook a summary of her Sept. 19-20 ordeal in Idaho’s Selkirk Mountains. Search-and-rescue teams extricated her early Saturday after her leg got trapped by the giant boulder while hiking out after scaling the west side of Chimney Rock, a popular climbing destination. Midstokke was hiking with a partner and became stuck Friday afternoon after the large boulder below the granite pillar shifted under her weight. “She stepped on it to go over it, and it rolled on her,” said Bob Abbott, spokesman for Priest Lake Search and Rescue. According to a report from Fairchild Air Force Base, which assisted with the rescue, Midstokke’s hiking partner, Jason Luthy, was able to call 911 at 5:30 p.m. More than 20 rescuers from Priest Lake Search and Rescue and the Bonner County EMS Wilderness Response Team set out on foot after 8 p.m. with rope, medical gear and pry bars. Negotiating steep, narrow and rocky terrain, the rescuers reached Midstokke at 12:49 a.m. 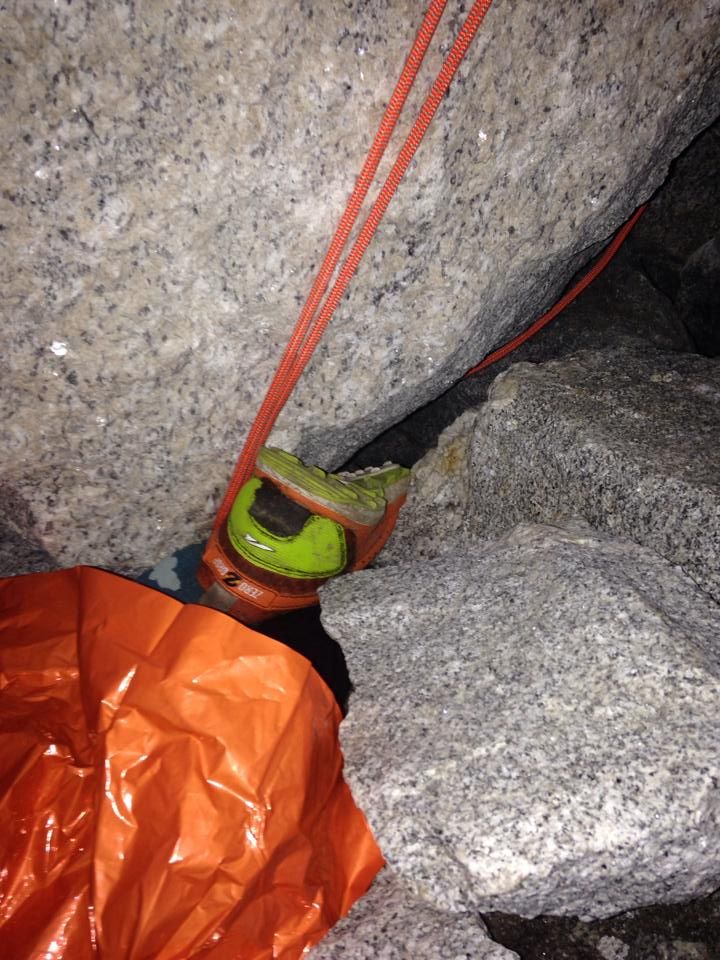 It took until after midnight to reach the woman because of the extremely steep, rocky terrain. “This was the most technically difficult rescue we’ve done,” said Mike Nielsen, commander of Priest Lake Search and Rescue. “Rescuers had to cross a crumbling rock ledge that was only 10 inches in some places with packs on, in the dark, with only headlamps. That’s why it took so long to access her.” Once they reached her, rescuers freed Midstokke’s leg in about 40 minutes using pry bars, mechanical advantage and muscle, Abbott said (pictured, right; photo courtesy Jason Luthy). “Well past midnight, they were able to hoist the boulder and extract a very deformed, very dead looking foot,” Midstokke wrote on Facebook. “There was much drama on my end as blood began to flow into the foot.” Her injuries were stabilized, but rescuers couldn’t bring her out in the dark so they spent the night. In the morning, they contacted a rescue team at Fairchild. A four-member Fairchild crew was dispatched at 7:10 a.m. and arrived at 7:45 a.m. in a UH-1N Iroquois helicopter. 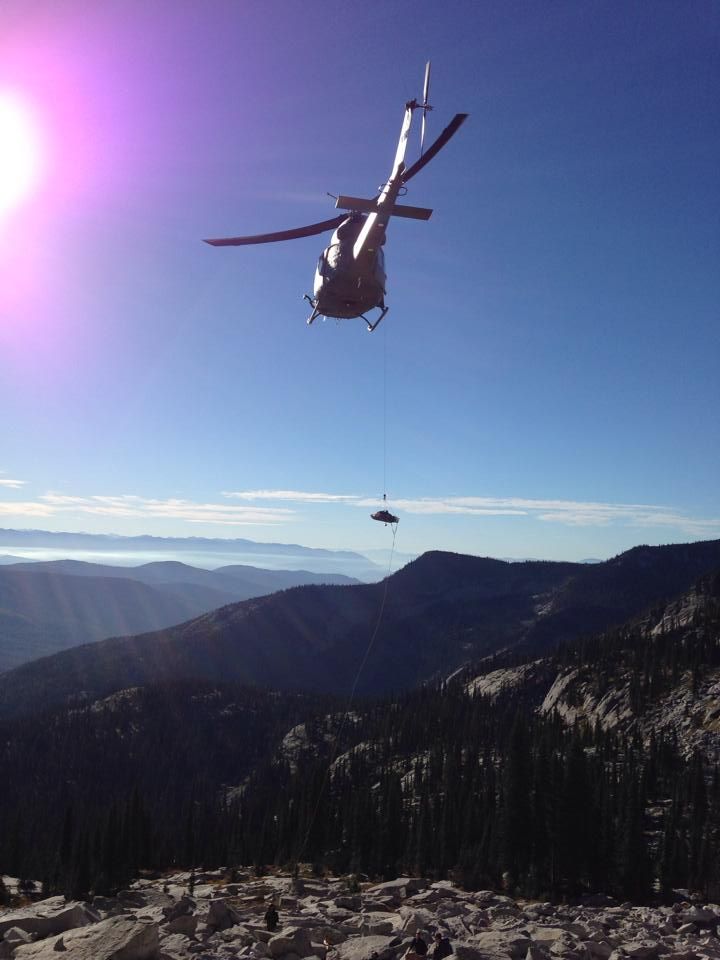 Midstokke was hoisted out (pictured, left, photo courtesy Jason Luthy) and taken to Sandpoint where an ambulance took her to Bonner General Hospital. Initial X-rays showed “tarsal breakage,” she said in a Facebook post, “but a remarkably whole foot.”