GRIP ON SPORTS • Where were we? Oh, ya. Wondering about the college football playoffs. At least a day away didn’t change that. Or, probably, the teams that will be in. Or the angst about it. Read on.

• Sorry about not being here to guide you through the aftermath of Washington’s Pac-12 championship game rout of Colorado. And the Huskies’ clinching of a berth in the college football playoffs – in everyone’s eyes except, possibly, ESPN’s and, by extension, the playoff committee’s.

On a personal level, yesterday was day filled with basketball, starting right after the sun came up and finishing well after it descended into the west. All levels of basketball except professionally. Unless you feel college hoops from the Staples Center is always professional.

So football took a backseat until late in the evening. Except on the handy Twitter feed. There football never stopped. At least the discussion of the four playoff participants.

Alabama was in, win or lose. (As if Florida had any chance.) Then everything is up for debate, except maybe Clemson, which, for the life of me, seems to be locked in though I can’t figure it.

Of all the playoff contenders, the Tigers have what seems to be the worse resume. They have, easily, the worst defeat of the one-loss teams – at home to Pitt. They have barely won against some schools that were overrated all year, like Louisville and Florida State. And they play in the weakest of the Power 5 football conferences, the ACC.

Yet no one was saying Clemson was on the bubble. The Tigers should be, if the eye test means anything to the committee.

But it won’t. Unless it uses it to exclude Washington. You know, the school with the “awful” non-conference schedule. Wait, didn’t Idaho just win its eighth game yesterday? And didn’t the Huskies pound Rutgers just as convincingly as any of the Big Ten contenders did?

And, correct me if I’m wrong, but didn’t UW win the Pac-12 title, which means it is the champion of the nation’s deepest conference?

If there is any justice in the world, the four playoff teams would be Alabama, Ohio State, Washington and Clemson, in that order. Those are probably the four best teams.

Actually, though, I would love to see the committee pull a TCU, drop Ohio State out, add Penn State and tick off the haves of the college football world. Maybe that would be the impetus needed to expand to eight or, heaven help us, even 16 teams.

• Speaking of the other divisions, Eastern rolled to its first win in the 24-team FCS playoffs.

And the Eagles did it not just with a score-at-will offense. The defense was lights out after the first couple Central Arkansas drives.

Over the (recent) years EWU has been as good as its defense allows it to be. The offense is a given, it will always be one of the FCS’ best. But the defense is the difference between good and great.

This year it looks as if the Eastern defense wants to be great. And that bodes well for the weeks ahead.

• One thing about the Staples Center in Los Angeles. The arena is so dark that it’s hard to see on television how many people are in the massive structure. About all that is visible is the crowd near the benches in the lower bowl. The other 17 stories – it seems that way – are in shadows so thick as to be invisible.

So I’m not sure how many people were there to see Gonzaga handle a beat-up Arizona team or USC rally past BYU. Maybe thousands. Maybe hundreds.

Whoever braved a December Saturday on the Santa Monica Freeway were treated with some fun college basketball.

Of course, most college basketball games are fun. Like UCLA’s win over No. 1 Kentucky yesterday. Or New Orleans’ over Washington State. Or any other game you had a chance to see.

Which makes it important not to waste time this December. Make a Christmas list today. Get the shopping done quickly. Put all the presents away. Then spend the rest of the month watching your favorite team play.

Heck, you don’t even have to have a favorite. Some of the best games in my memory banks were between two schools I could care less about playing in a packed arena on a snowy day. The fans are going wild, the coaches are sweating, the players exhausted. And there we are, sitting at home, heater on high, drink in hand, enjoying it all.

WSU: As we mentioned, the Cougars lost another non-conference basketball game yesterday before a sparse crowd at Beasley. Jacob Thorpe was there and he has a game story and video of postgame interviews with two players and Ernie Kent. It’s not a great start to the season folks. … The only story I’m going to link from Saturday’s paper is Jacob’s on WSU’s bowl destination. We will find out all the bowl destinations for sure today. 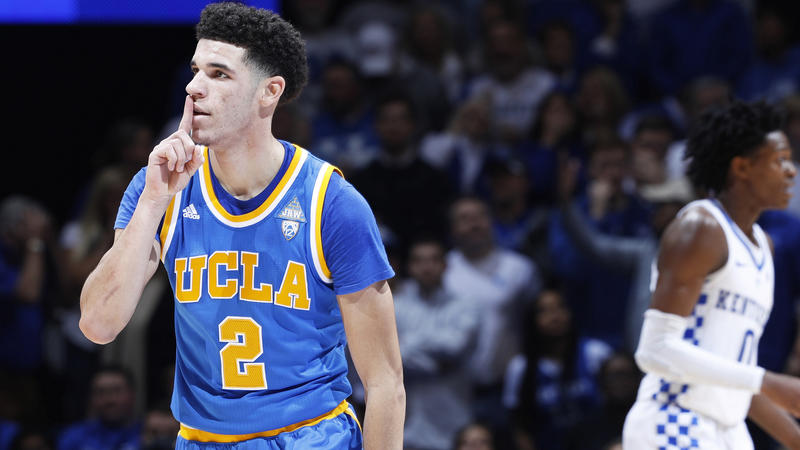 Elsewhere in Pac-12 football, Washington, fresh off its win over Colorado, will discover this afternoon if it gets Alabama in the playoffs’ first round. If I were Nick Saban, I would be lobbying for Clemson. Giving Chris Petersen and his staff three weeks to prepare is not a formula for their opponent’s success. A week, sure. But three weeks? Petersen has shown over the years his team will use the time well. … Oregon seems to be moving ahead in its search for a new football coach. USC is happy with its coach right now. … Around the conference in basketball, the Trojans defeated BYU in the second game of the Los Angeles doubleheader. And UCLA gave everyone in the conference an RPI boost with its road win. … Arizona State tied a school record for made 3-pointers in its win over UNLV. … Oregon got back on the winning track but Oregon State dropped another. … Stanford went to Kansas and battled but lost. California picked up an easy win.

Gonzaga: Want to know an easy way to tell if the Zags are tough enough this season to advance late into the NCAA tournament? Look at Nigel Williams-Goss’ game yesterday. After hitting his first 3-pointer, the transfer guard scuffled the rest of the way. Until the end, when GU needed him. He stepped up with key plays on both ends of the court to help the Zags hold off a game Arizona team, 69-62. Jim Meehan has the game story as usual as well as the keys to the game. John Blanchette and Dan Pelle were also in Los Angeles, with John adding a column and Dan a photo report. I chipped in with my thoughts on the TV broadcast. … The Gonzaga women played at home at almost the exact time as the men. Their game was not nearly as close though. Whitney Ogden has the game story and Michael Gulledge has feature on Jill Barta. … Elsewhere in the WCC, Portland started fast but wilted down the stretch against Colorado. … Despite a career-high 29 points from Eric Mika, BYU fell to undefeated USC. … Santa Clara lost by 15 at home to San Jose State. … USD picked up a road win over Northern Arizona.

EWU: Cooper Kupp may not just be the best receiver in college football, he also may be the toughest. And the Eagles’ figurative heart. If your best player is giving what Kupp gives, how can anyone else not play all out? Kupp showed his toughness again yesterday as did Eastern. And Jim Allen was there to document it with this game story and a notebook. Josh Horton has a story on Kupp’s effort and Tyler Tjomsland also was there and has these photographs. … The Eastern women’s basketball team won easily Saturday. … Around the Big Sky, the Eagles will host Richmond next week after the Spiders rallied past North Dakota on the road. The loss really hurt the Fighting Hawks. … In basketball, Portland State picked up a win at home. … Weber State lost a tight one to Denver.

Idaho: We mentioned it above, but Idaho winning eight games this season is impressive. And also shows the divide in college football. The Vandals are a solid football team that just happened to give up more than 50 points to Washington and Washington State. But no matter. They will be playing in a bowl, probably in Boise (again). Josh Wright has the game story from their 37-12 home win over Georgia State. … Josh also has coverage of the basketball team’s 68-66 victory over UC Davis in a non-conference game versus a Big Sky foe.

Whitworth: The Pirates opened Northwest Conference play with a road win over Willamette.

Chiefs: Spokane traveled to Kennewick and dropped a 6-5 decision to the Americans. … Elsewhere in the WHL,

Preps: The Fitz at Lewis and Clark was a success, though not on the scoreboard for the local schools. We have a roundup of the girls and boys games in the area, headlined by the tournament results. … Odessa-Harrington couldn’t stay with defending champion Neah Bay, falling 64-34 in the State 1B football finals. … Local cross country runners shined once again at national meets. … A local basketball player is doing well at West Point. … After a football season filled with controversy, the WIAA is going to take a look at competitive balance around the state.

Seahawks: It will be a different group that faces the Carolina Panthers tonight in CenturyLink. Mainly because the Hawks’ defense is healthy for the first time in a while. … Russell Wilson and the offense hopes to show a bit more this week.

Mariners: The M’s made the signing of two relievers official yesterday but there is still a little work to be done at this week’s winter meetings.

Sounders: The MLS final is a week away but the Sounders, especially the veteran Sounders, are looking forward to it.

• You know, I love basketball. But 12 hours straight of it wears thin even for me. Still, it’s hard to think of a better way to spend a Saturday. A lot better than spending the time in a mall. And about 73 fewer times hearing “Rudolph.” … Don’t miss this obituary of one of the greatest athletes America has produced, though I’m not sure how many Americans have heard of him. I was lucky to have met Sammy Lee some 40 years ago. Until later …