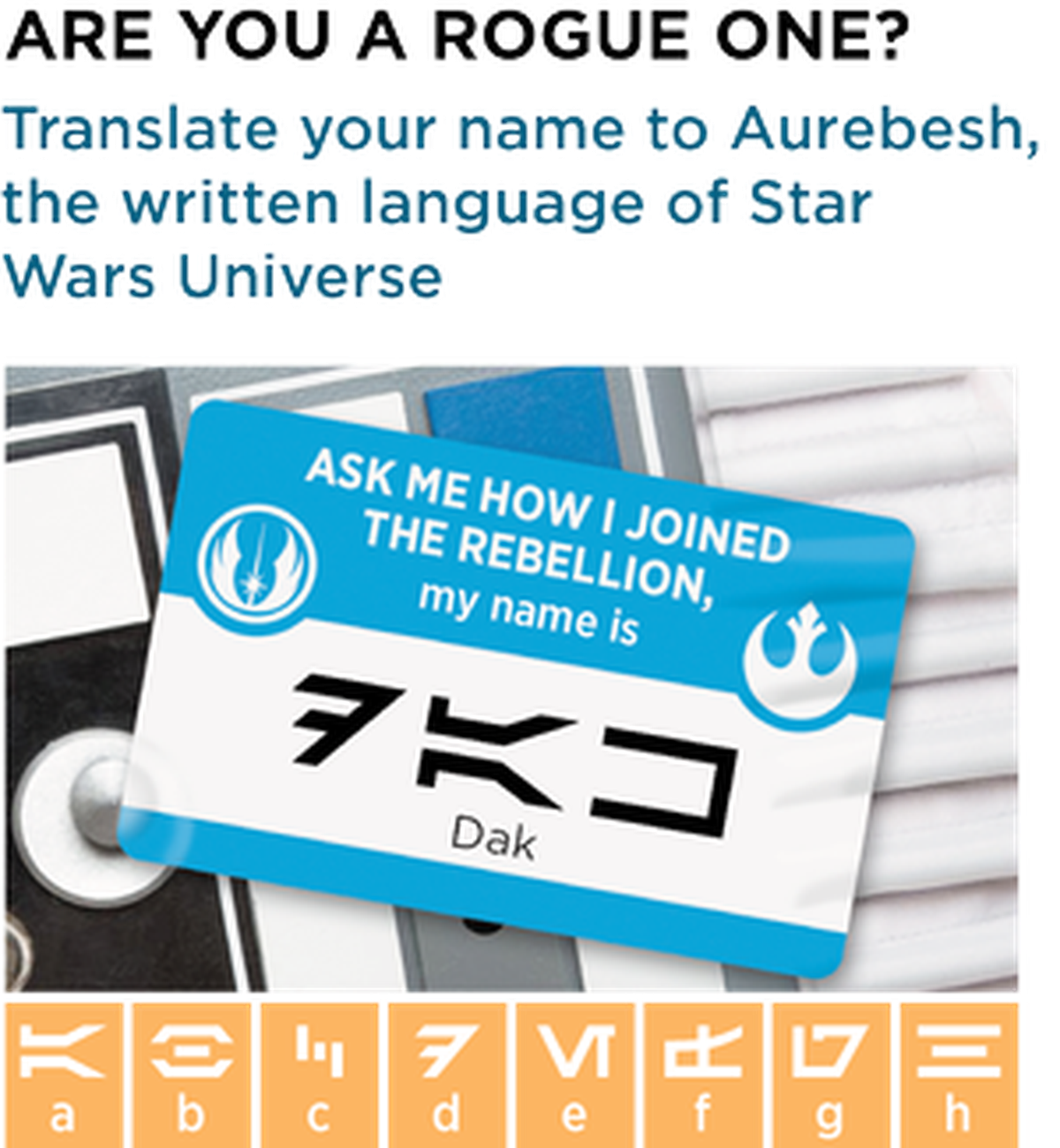 They arrived at the food court at River Park Square mall a little after noon. They had tickets to see the latest “Star Wars” movie, “Rogue One: A Star Wars Story.”

With tickets they bought in November. For seats that were not only reserved, but pre-selected.

There was absolutely no reason for Justin Harley and his friends from Spokane to be there this early.

“We were the first people here last year for ‘The Force Awakens,’ too,” Harley said, with more than a little pride in his voice. Everyone at the table shook their heads in agreement.

“You know, we could sit for hours and talk about ‘Star Wars.’ ” Which, come to think of it, is a good thing … because they actually had been sitting there for hours talking about “Star Wars.”

And that’s all you really need to know about the deep love held by generations of people for a story from a long time ago in a galaxy far far away. These are the people who casually drop references to the Force into everyday conversations, equate the world’s evils with Darth Vader, everything that is good with the Jedi and those with deep wisdom to Yoda.

These are the people who get the symbol of the Mandalorians and Boba Fett tattooed on their arms on their 18th birthdays.

Cody Baker pulls up the sleeve of his “Star Wars” shirt and explains.

“This ‘Star Wars’ tattoo was actually my very first tattoo,” he said. “It was Sept. 17, 2008. At first, I couldn’t decide what to get, and then it just seemed obvious.

“My dad got me my very first action figure from ‘Star Wars’ when I was probably 5 or 6, and it was an old-school Boba Fett. I still have it to this day.

“So, when I saw the Mandalorian sign, I knew what my tattoo had to be.”

Which brings us nicely to Damian Vonderharr, from Coeur d’Alene. He’s sitting in the lobby of the AMC theater, near the concession stands, about an hour before the movie will start.

And everyone wants to take their picture with him.

You see, that happens when you’re dressed in a full-on Boba Fett costume. And Vonderharr has a really, really good costume. It even has an incredibly real-looking jet pack on the back. This clearly isn’t the kind of Boba Fett costume you see at Halloween at the local Target or Fred Meyer.

Was it worth it?

“It was totally worth it,” he said, with no hesitation. Especially tonight.

That’s when one of the best pictures of the night with Boba/Vonderharr was about to be taken.

Audrey Whitley, 6, and Roman Whitley, 2, came to the movie as Ewoks. With the weather in the Inland Northwest in the teens, the fur-covered costumes were as practical as they were cute.

It didn’t take long for the Whitley kids and Vonderharr to pose for photos that had everyone in the vicinity taking out their cellphones to try to capture.

In the “Star Wars” universe, bounty hunters and walking teddy bears aren’t exactly buddies. But they’re practically best friends when you have tickets to the same showing of your favorite movie on opening night.